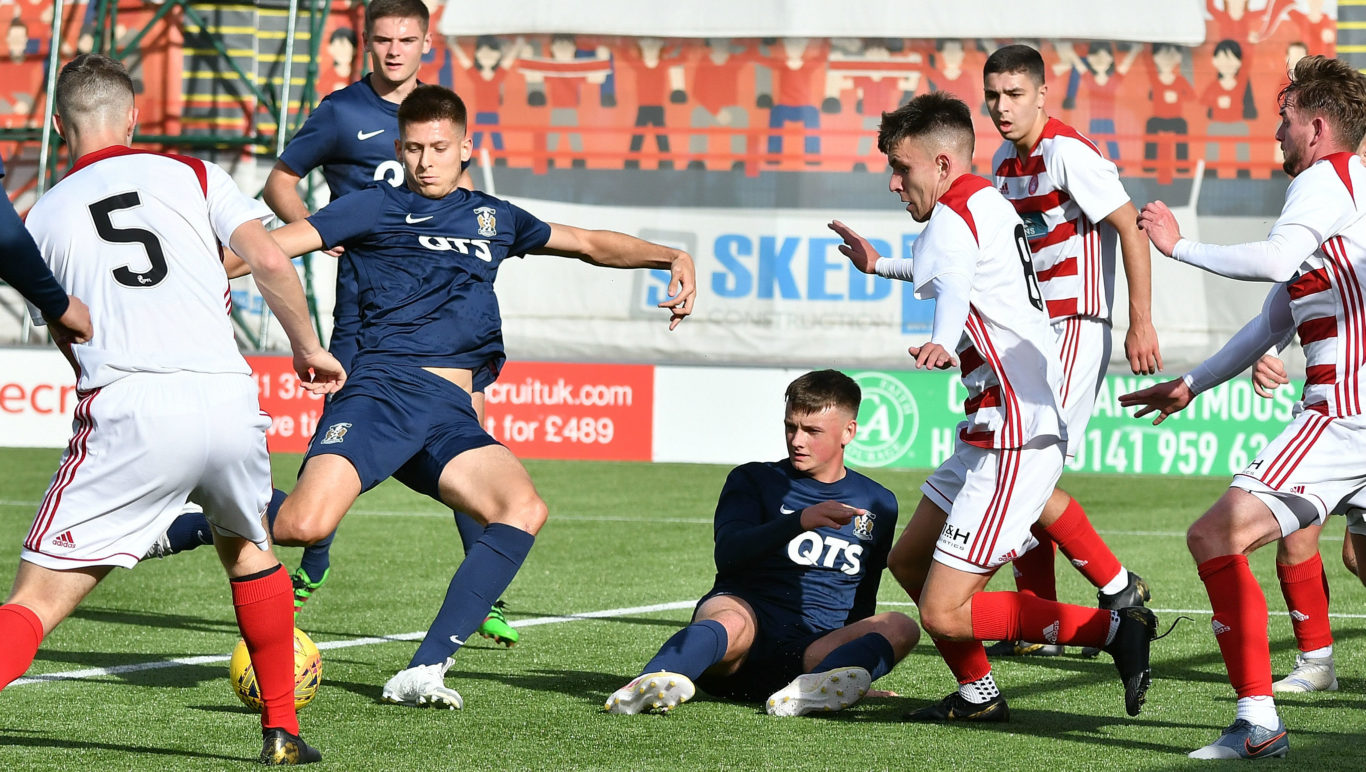 Millen: We didn’t compete in second half

Andy Millen felt a disappointing second half was key as his Kilmarnock Reserves side went down 3-2 at Hamilton.

Killie took the lead twice through Harvey St Clair and Connor Johnson to lead at the break but a second-half penalty and late goal from Kyle Munro saw Accies claim three points at home.

The manager made a few changes from the side which had drawn at home to Morton with Luke Barlow featuring at right back with Edin Lynch in a central defensive partnership with Connor Johnson.

St Clair was also introduced into attack to support Kyle Connell for the game at the Fountain of Youth Stadium.

Speaking after the match, Andy said: “I think it was a game of two halves.

“We dominated most of the first half and played well but in the second half we didn’t compete as well and to be fair to Hamilton, they took control.

“In the first half as a unit, I thought we did some good things but I just felt we didn’t compete well enough all over the park in the second period.

“From back to front, we didn’t win second balls and in the second half, I think we deserved what we got.”