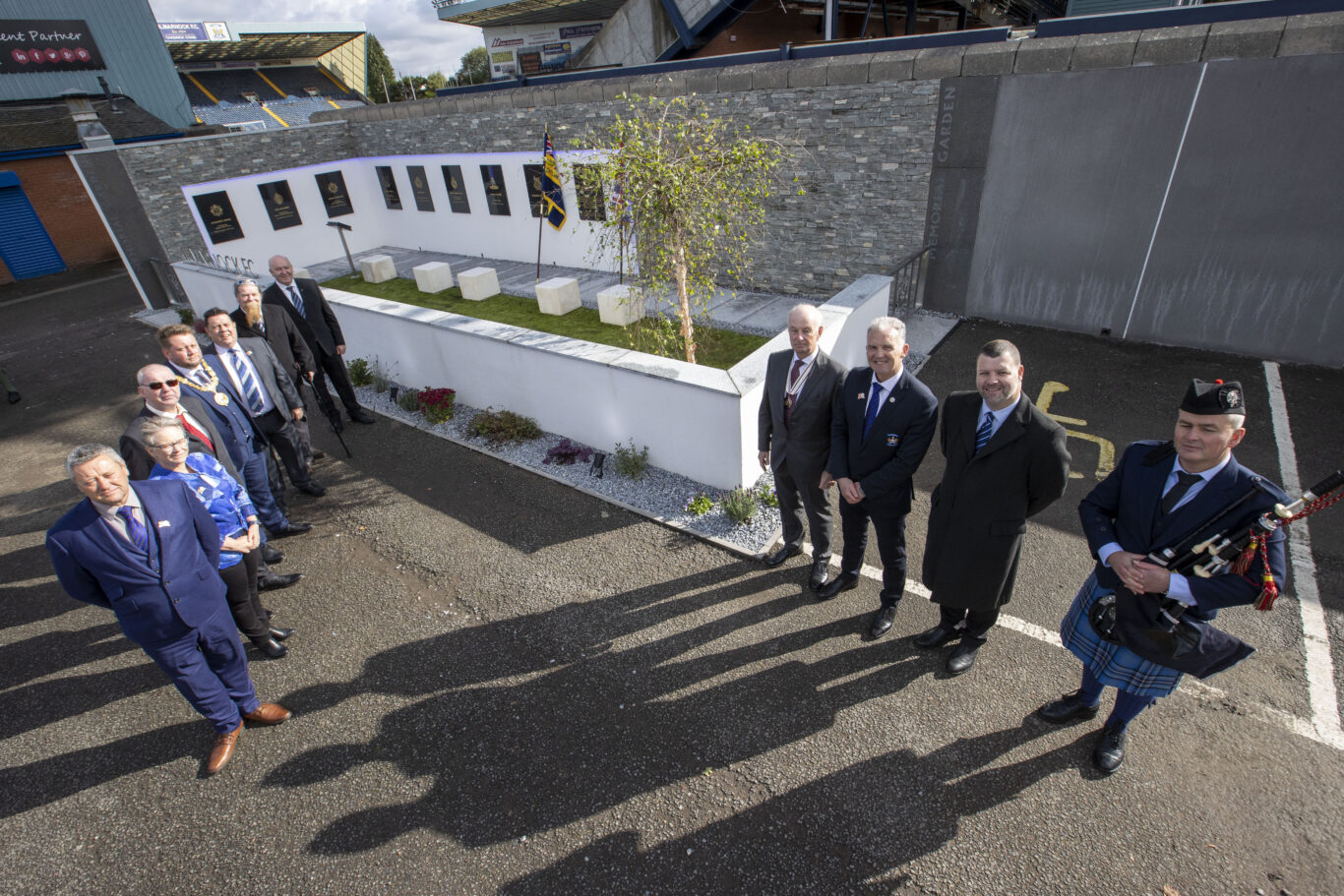 A lasting legacy for the Kilmarnock FC players who made the ultimate sacrifice in two World Wars has been created with the unveiling of a memorial garden at Rugby Park.

Club Chaplain Reverend James McNay led the service with words of explanation from Raymond Montgomerie, who played a crucial role in creating the garden, which is located alongside the outer section of the Moffat Stand, along from our Ticket Office.

Deputy Lord Lieutenant Matt Smith, a relative of former players Mattha and Gordon Smith, was present to mark this occasion alongside our Board of Directors, local council dignitaries and representatives from our supporters’ associations.

Representatives from the regiments the fallen soldiers represented were in attendance along with members of the British Legion.

A dedication to our fallen players was marked by the sound of the bagpipes before a moment of quiet reflection.

We would like to thank East Ayrshire Council, the KCST and the Kilmarnock FC Board of Directors for their support and in securing funding for the project, which we hope will be visited by our supporters.

Information on the memorial plaque section adjacent to the garden will be released in the coming weeks.