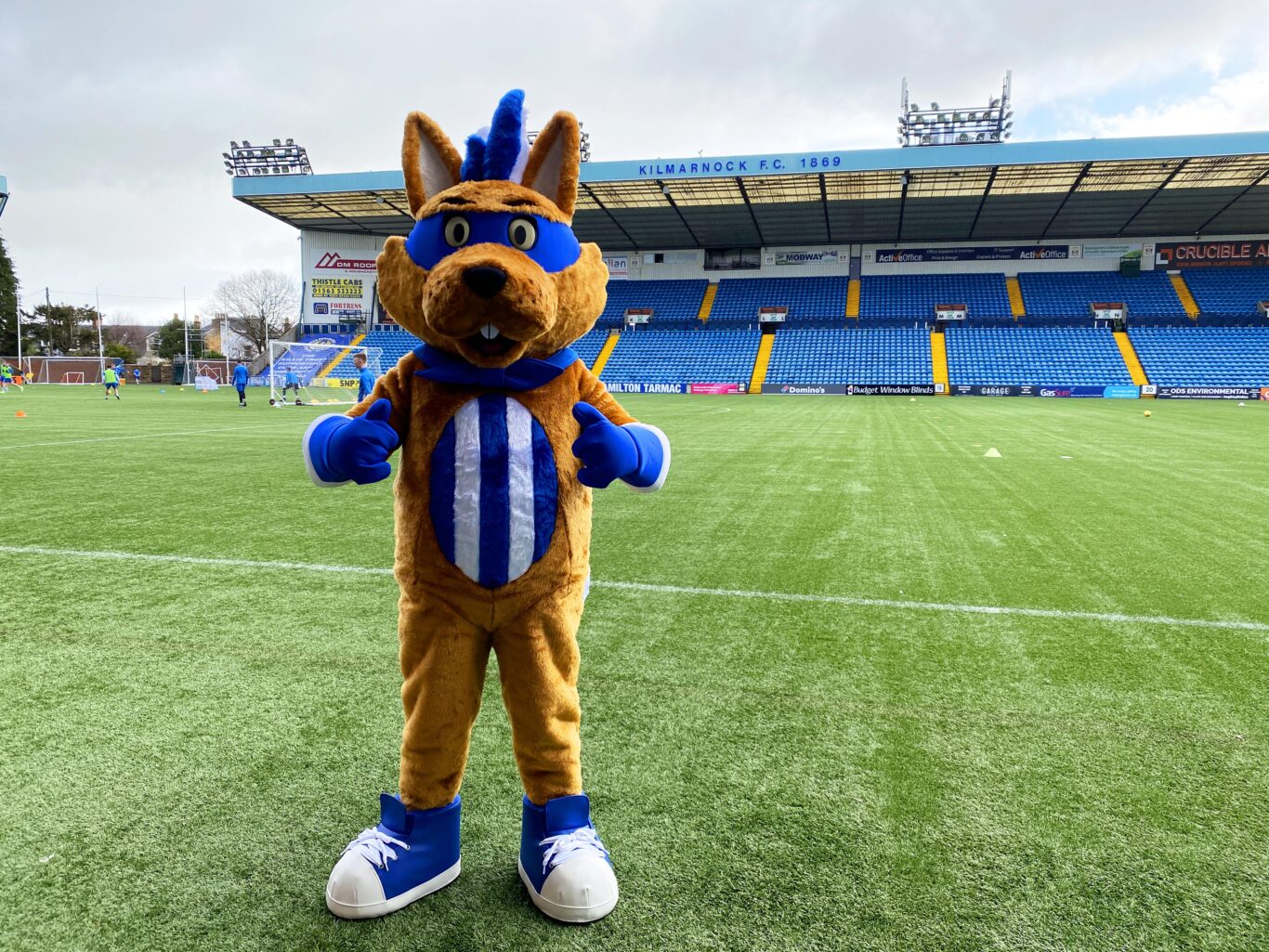 There have been plenty of new faces around Rugby Park this summer and now we can introduce our latest addition to the Killie family.

Give a big Rugby Park welcome to our new club mascot, Captain Conker, who was designed as part of a hugely popular competition run by the Kilmarnock Community Sports Trust (KCST).

After receiving so many fantastic entries from individual kids, clubs, schools and community groups, we couldn’t just pick one single winner and so the costume incorporates many of our favourite ideas.

Following in the pawprints of Nutz the Squirrel as well as Cyril and Hazel the Squirrels, Captain Conker is our Squirrel superhero, complete with a cape and Blue and White Killie mohawk.

The children who contributed to the winning design will all be invited along to the first match when supporters are allowed in the stadium to see Captain Conker entertain the Rugby Park crowd.

Unveiling our new mascot would not have been possible without the help of the KFCSA and the Killie Trust, who both contributed funds towards the purchase of the suit.

Miniature Captain Conker toys will be available to buy from The Killie Shop from next week.

Our community manager Paul Di Giacomo said: “We received a staggering amount of entries for the competition, over 200 from fans and 15 local schools participated, so we’re delighted with the involvement.

“The panel and I whittled down the best aspects to create our ideal amalgamation of one superhero squirrel with some striking key characteristics.

“By amalgamating the best parts of a few entries, it means we can get a few winners included in the process and create a character that all our young fans will love.”