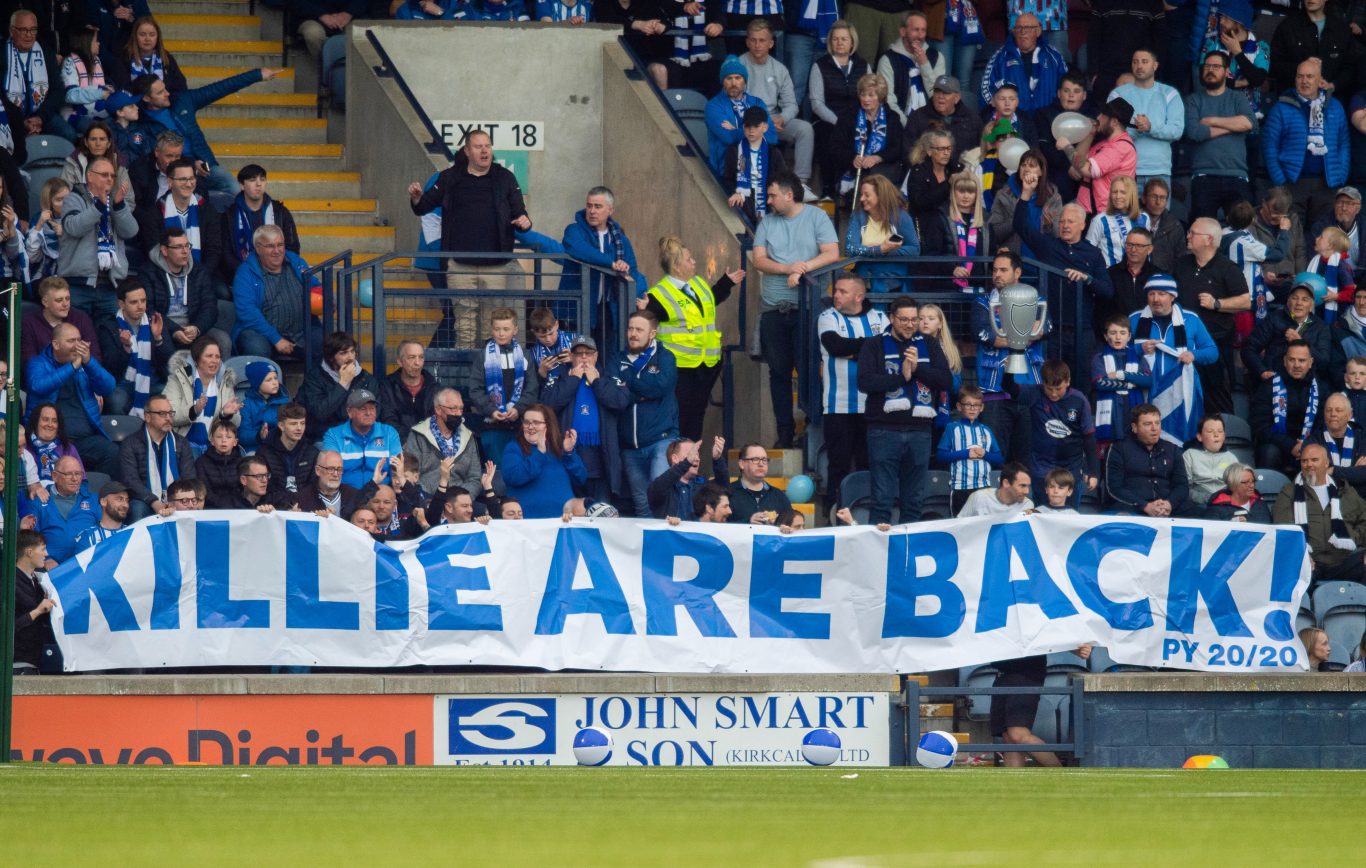 Killie brought their Championship winning campaign to an end with a 1-1 draw away to Raith Rovers.

Oli Shaw scored for the visitors in front of a superb away crowd of 2,500 after Aidan Connolly’s deflected strike had given the hosts the lead.

After the drama of our title-clinching win over Arbroath, this was a more relaxed affair where the Killie fans could enjoy the match and all the team has achieved over the course of the year.

The manager made six changes to the side which clinched the title last week with Chris Burke named as captain with teenage defender Charlie McArthur earning his first league start.

Raith came out of the blocks quickly with Hemming forced to save from Zanatta and Poplatnik in the early stages.

With the away fans in full party mode, Killie were having to withstand pressure from the home side as they chased an unlikely play off scenario.

Raith eventually got the opener their play deserved when Aidan Connolly’s strike took a deflection off Alston and wrongfooted Hemming in goal.

It could have been more as Poplatnik saw another header saved before being forced off with a knock while Connolly turned a strike wide of the post with the goal at his mercy.

Derek McInnes decided to make changes at the start of the second half with Stokes and Lafferty emerging for the second 45 minutes while Chris Burke came off one minute after the restart.

The changes made an immediate impact as Lafferty played his part in the equaliser.

Dean Campbell stepped infield and neat interplay between Lafferty and Alston saw Sahw clip the ball over Jamie MacDonald. The former Killie goalkeeper had made a fantastic save seconds earlier to deny Shaw from a rebound after the first attempt had struck the crossbar.

More injuries for Killie saw Fraser Murray introduced into the match for Brad Lyons while Ash Taylor was forced off for Euan Murray after going down with cramp.

Murray and Stokes almost connected with a fine set play to the back post while Shaw lashed at a volley to put the ball over the bar.

Connolly sent a fierce strike against the bar in the final minute but Killie held out before going over to applaud the brilliant support in the Val McDermid Stand.