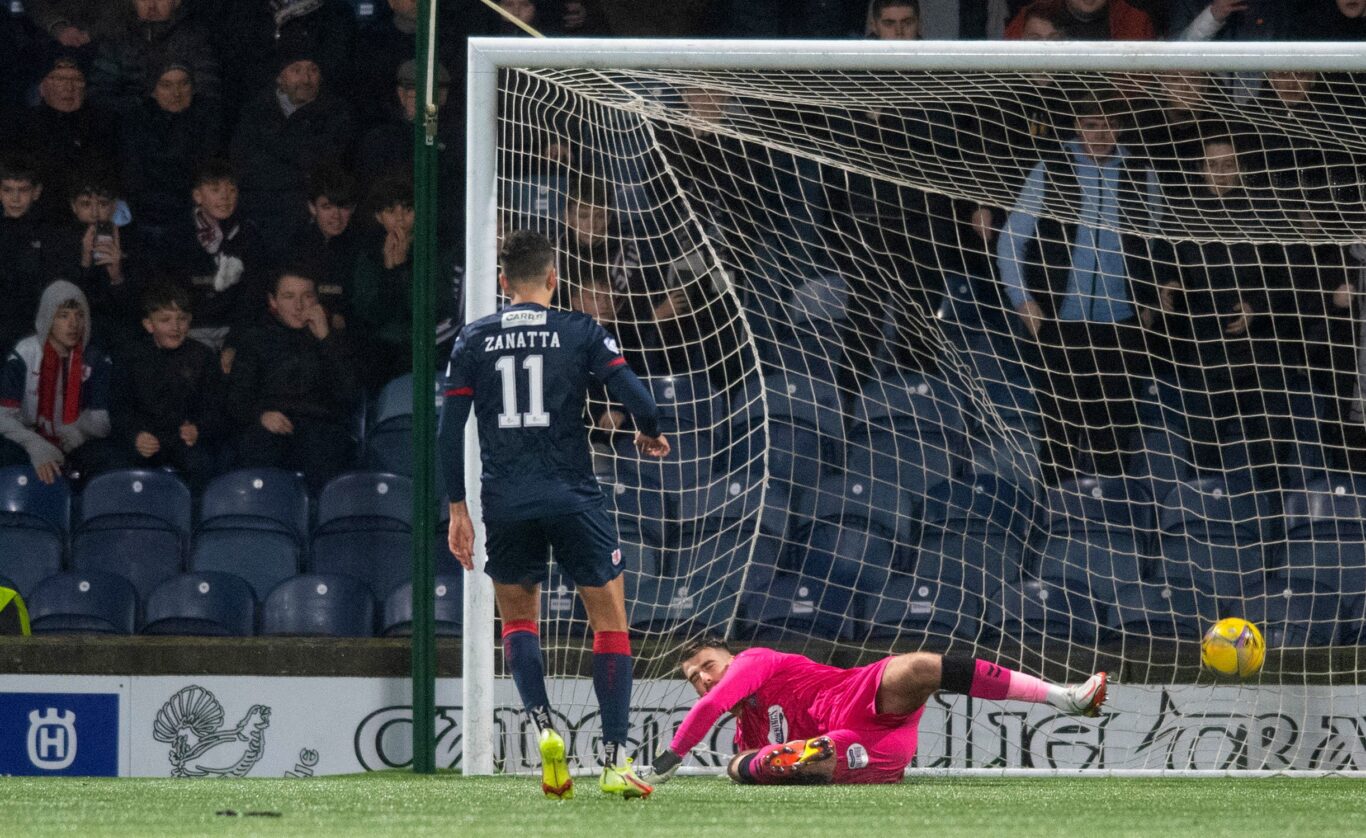 Dario Zanatta’s penalty saw Killie go down to defeat in Kirkcaldy as Raith Rovers ran out 1-0 winners at Stark’s Park.

Referee Willie Collum pointed to the spot after 57 minutes for deliberate handball, allowing theRaith attacker to net the only goal of a tight contest as Killie were left to rue two missed chances in the opening half.

Having promised changes, Tommy Wright made four to his starting XI with Brandon Haunstrup and Jack Sanders introduced as part of a back three with wing backs, the same formation used in our SPFL Trust Trophy win over Hamilton.

Blair Alston also came into the side and he had the first big chance of the match as Rovers were caught trying to play out from the back. The ball fell between Alston and Robinson in the box and the midfielder’s effort was sadly straight at former Killie goalkeeper Jamie MacDonald.

After 12 minutes Killie were forced into a change as Brad Lyons’ afternoon came to a premature end through injury with Rory McKenzie replacing him.

The falling rain was ensuring a slick surface at Raith Rovers but neither side were able to create too much until the 32nd minute. Fraser Murray slid in Oli Shaw but as the striker advanced on goal, he prodded the ball high with MacDonald clawing the ball over the bar.

John McGlynn would have been looking for more from his side, who sat second in the table going into this contest.

Ethan Ross did his best to spark Rovers into life with a strong run down the left before Ross Matthews angled his shot well over the bar.

Raith went one better just before the hour mark in controversial circumstances as referee Willie Collum ruled Dylan McGowan had handled the ball in the penalty area. Dario Zanatta stepped up and converted from 12 yards for a 1-0 lead.

Chris Burke and Callum Hendry were introduced into the action to try and find a way back into the game and Burke was lively on the right flank.

An almighty scramble in the Rovers box with five minutes remaining saw one effort blocked and the ball just would not fall to a Killie attacker.

But the goal wouldn’t come as the Fife men held out for victory.