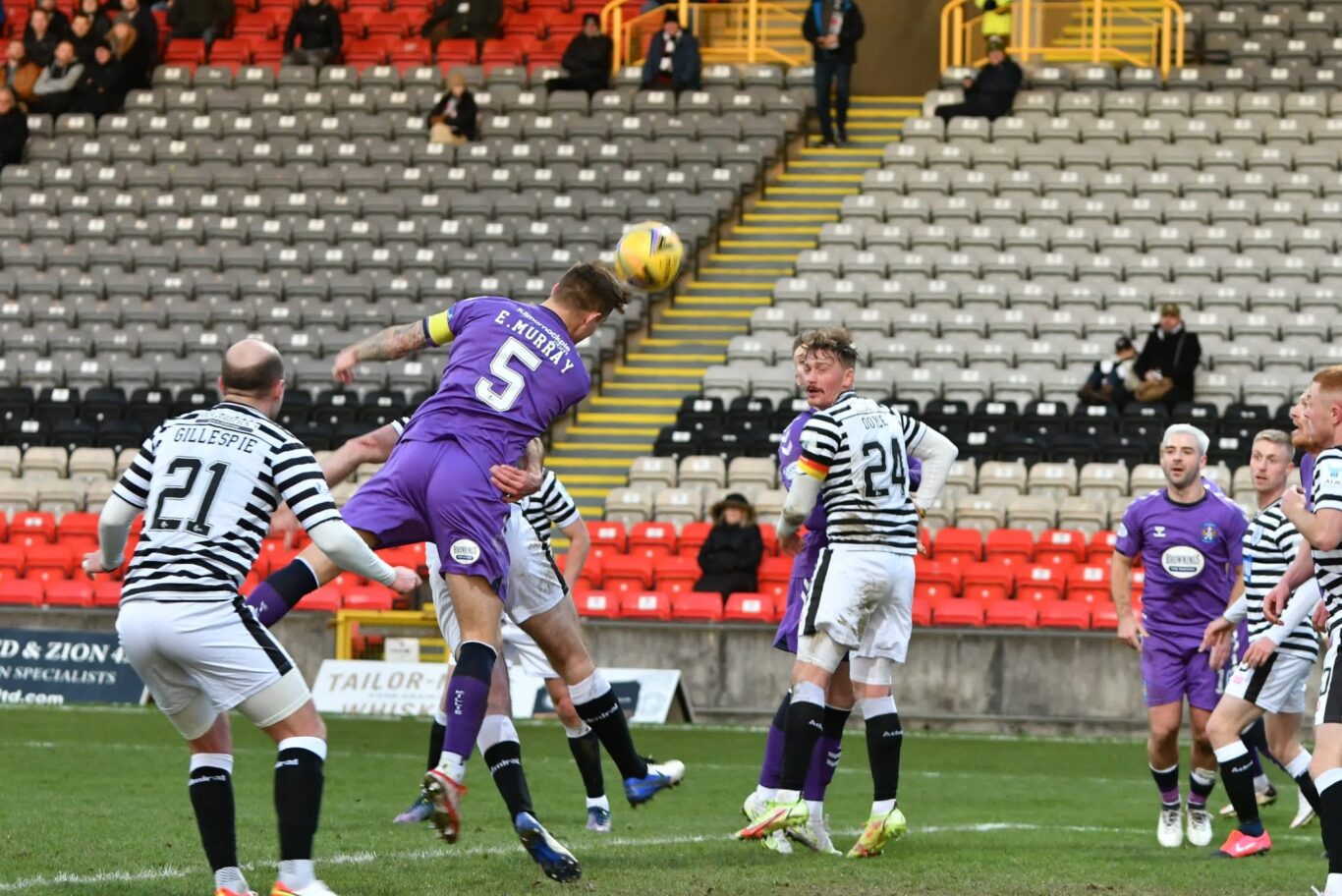 A headed goal from captain Euan Murray helped Kilmarnock book our place in the fourth round of the Scottish Cup following a 1-0 win over Queen’s Park at Firhill.

The central defender rose to meet Liam Polworth’s corner in the dying stages of the first half with only Queen’s goalkeeper Calum Ferrie pulling off several superb stops to keep the score down.

Sam Walker proved equal to anything the home side could throw him at him, pulling off a superb reaction save from a first half corner.

The Killie goalkeeper was one of four changes to Tommy Wright’s starting XI with Brad Lyons, Rory McKenzie and Scott Robinson also coming into the team.

Robinson and Oli Shaw proved to be a constant thorn against the League One side with Shaw striking straight at Ferrie in the game’s first big chance before the home goalkeeper dived low to deny Robinson.

Lyons and McKenzie were giving the team energy and application in the midfield area and when McKenzie drove down the left flank and crossed, Lyons was in the middle to volley but Ferrie was on hand again.

The Spiders’ best opportunity came when Michael Doyle met Luca Connell’s corner but Sam Walker flung himself to his right before clawing the ball and stopped it from reaching the net.

Killie could have been forgiven for thinking it wasn’t going to be our day as Oli Shaw’s header struck Ferrie’s post before incredibly rolling across the line and striking the opposite post and going to safety.

The Firhill pitch, used less than 24 hours earlier to host Partick Thistle’s clash with Dunfermline, was proving difficult for both sides to combat and the spectactle suffered due to the surface.

It was little shock that the breakthrough came through aerial means as Polworth whipped a fine cross into the area as Euan Murray rose to nod home his second Killie goal, both of which have come against Queen’s Park.

The goal would prove to be the defender’s final contribution to the contest as a hamstring niggle saw him stay indoors for the second half as Jack Sanders came on to replace him.

Sanders’ introduction didn’t knock Killie off our stride as McKenzie and Shaw were once again denied by the inspired Ferrie, who also flung himself in the air to halt an own goal.

Referee Grant Irvine was forced to show a straight red card to home skipper Michael Doyle for an ugly lunge on Calum Waters in the final five minutes, a decision which ended the Spiders’ hopes of a comeback and allowed Killie to secure our spot in Monday’s draw.