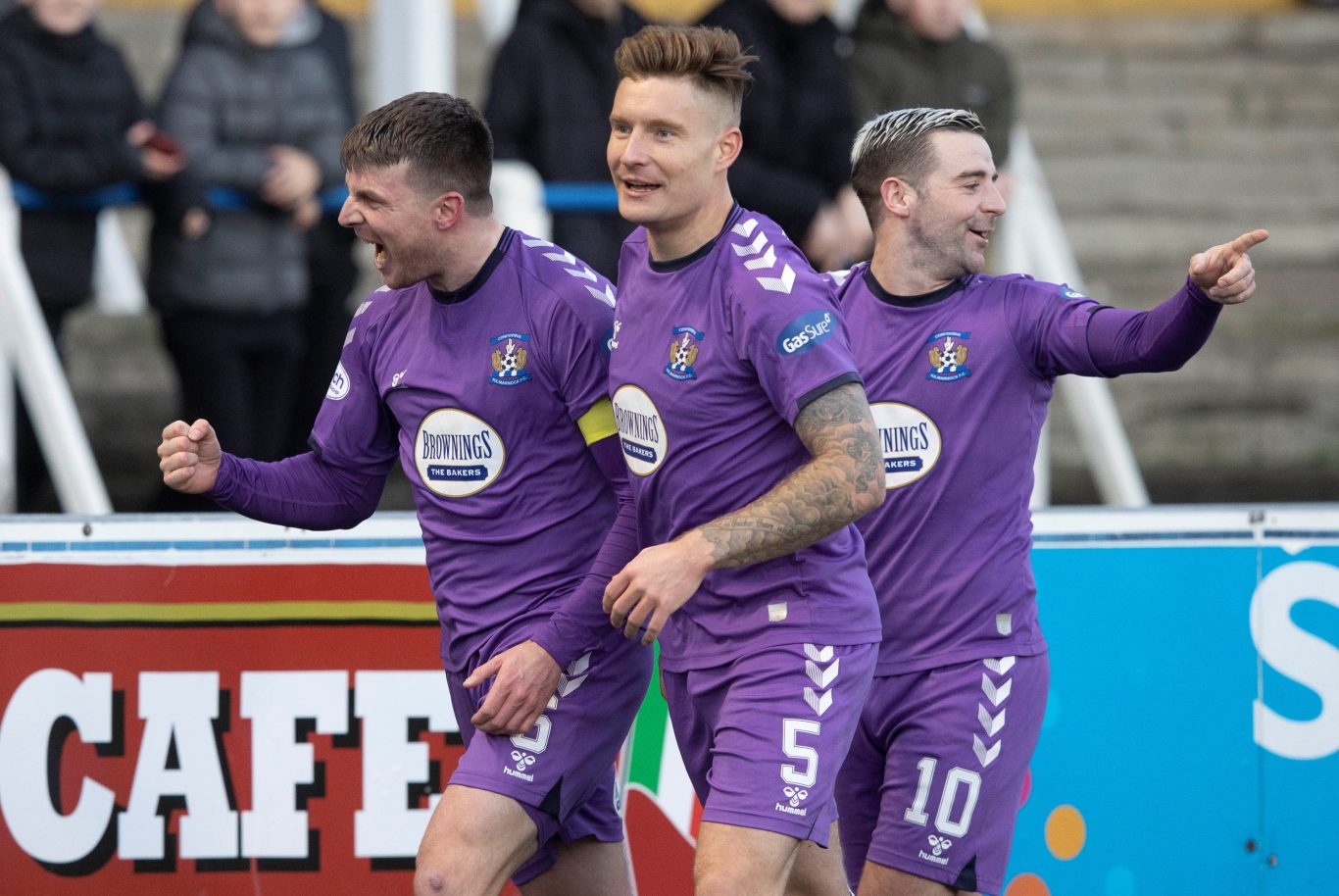 The Derek McInnes era began with an impressive 2-0 win over Queen of the South at Palmerston.

Goals from Chris Stokes and an Oli Shaw penalty was just reward for a dominant display from kick off as the new manager made his mark in his first game in charge.

McInnes’ men showed an intensity from kick off with Oli Shaw, Chris Stokes and Rory McKenzie all testing the home defence in the opening 10 minutes.

Playing with verve and purpose, Killie dominated the ball and put Queens under pressure whenever possible, starving them of space to play out and create opportunities of their own.

Home defender Josh Debayo halted what looked like a certain goal with a timely intervention while two incredible goalline clearances kept the scores level on 35 minutes.

Brandon Haunstrup’s clever pass played in Rory McKenzie, whose effort was blocked at the last minute as was Chris Burke’s follow up attempt to the disbelief of those wearing purple.

Despite the frustration of passing up those chances, Killie kept the pressure on and they got their reward right before the break.

Another Chris Burke corner found Oli Shaw and when his header hit off the post, captain Chris Stokes was there to lash the ball high into the net.

Early into the second period saw our new manager make his first change as Scott Robinson went down in pain down the left touchline with Callum Hendry replacing him.

Queens came into the game more in the second period but Killie continued to carry more of a threat infront of goal.

And Killie got that crucial second goal after good forward play from Oli Shaw. The attacker spun into space and was clipped from behind with referee Colin Steven pointing to the penalty spot.

Our number nine dusted himself off and sent the goalkeeper the wrong way from 12 yards.

And Killie comfortably saw the game out to start the manager’s tenure in the perfect way possible.