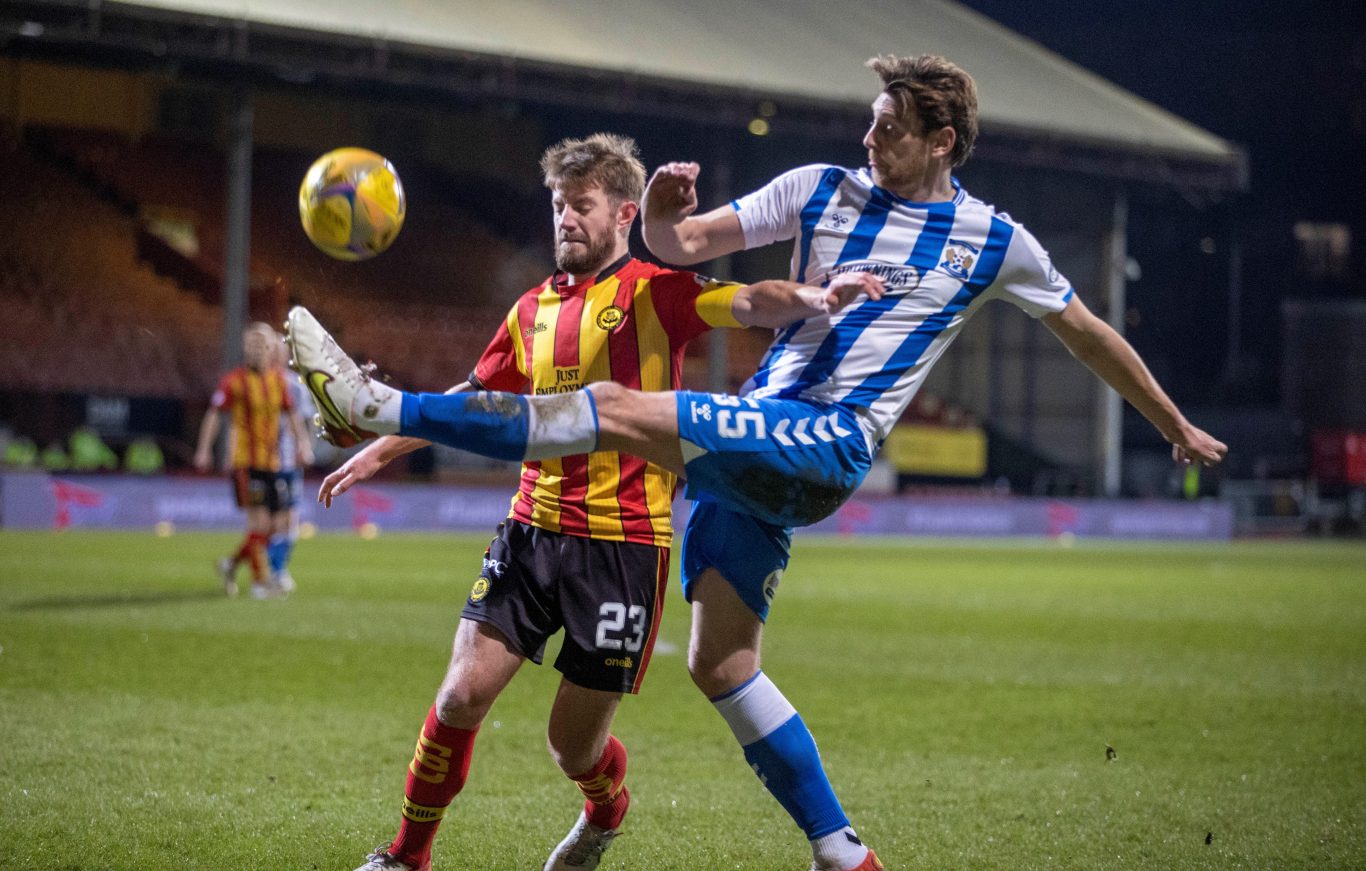 Killie were denied the chance to return to the top of the Championship table after being held to a 1-1 draw at Partick Thistle.

Oli Shaw’s second half penalty looked to have been enough to give Killie the win, only for Thistle skipper Ross Docherty to fire in a fine strike in the 87th minute to ensure the points were shared.

Having made two additions to the squad in the 36 hours leading up to the match, Ash Taylor came straight into the XI as one of three changes while Daniel MacKay began life on the bench following his loan move from Hibernian.

Killie created the best of the early opportunities as Blair Alston broke forward from midfield in 20 minutes but his strike was pushed clear by Jamie Sneddon.

Zak Rudden has attracted attention from Premiership sides and he forced Zach Hemming into smothering one effort after Cammy Smith had played him in.

Smith had Thistle’s biggest chance after Tiffoney’s run down the left wing but Brandon Haunstrup got back to block the ball and ensure we went into the interval all even.

Killie were handed a huge chance to take the lead on the hour mark as referee Nick Walsh pointed to the spot, ruling that Richard Foster had handled the ball.

Oli Shaw stepped up and just as he did last week, he converted to go into double figures for the campaign.

Daniel MacKay came on for his Killie debut for Chris Burke and he forced Kevin Holt into picking up a yellow card after the winger had beaten him for pace.

Foster joined him in the book moments later after bringing down McGinn beside the dugouts.

As Killie tried to see the game out, Thistle found the equaliser on 87 minutes.

Ross Docherty found space outside the box and his shot found the corner to leave Hemming with no chance.

Both sides pushed for a winner during the four minutes of stoppage time but neither side managed it reflecting what was a tight encounter throughout.