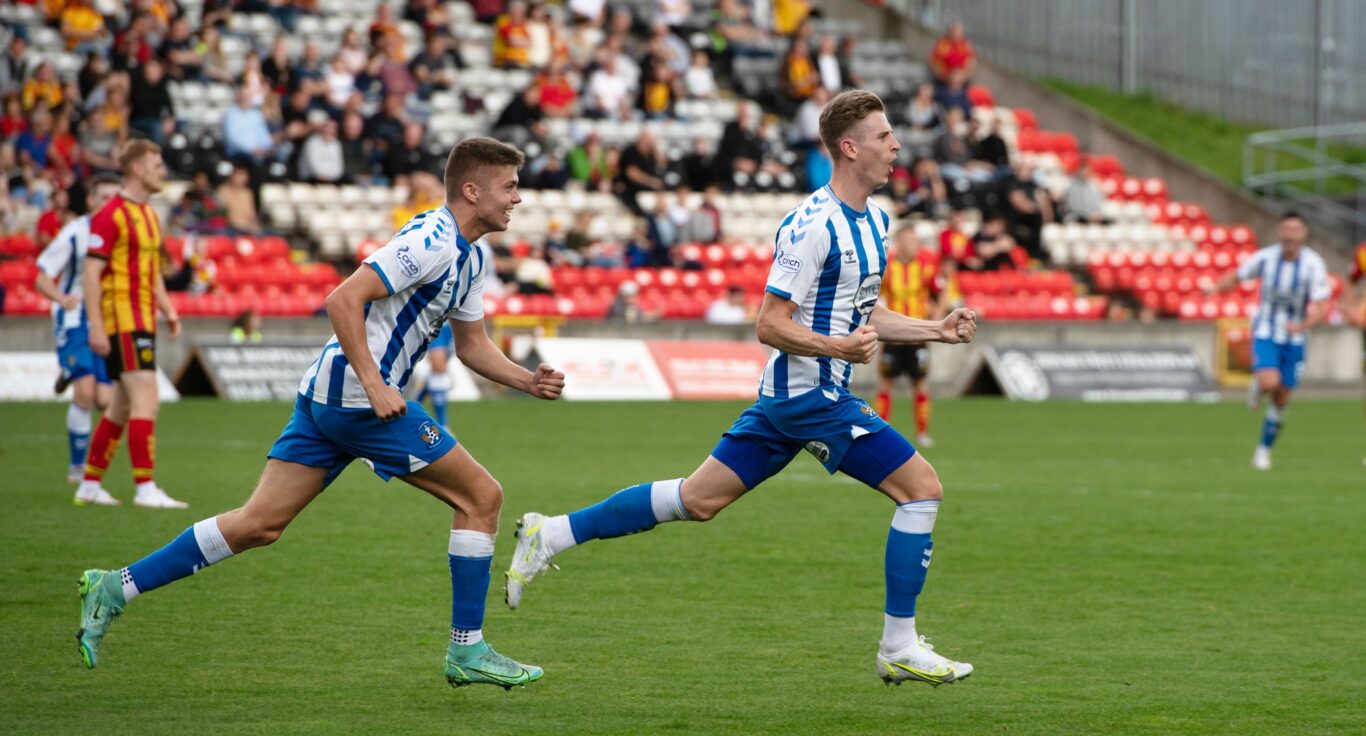 Killie’s number nine recovered from an earlier penalty miss to dispatch his first goal for the club in style after an own goal had given us the lead early in the second period.

Thistle started the brighter on a sunny afternoon in Glasgow but it’s Killie who had the best opportunity of the early stages, breaking the offside trap before being denied by a last-ditch block by a Thistle defender.

Tommy Wright was not enjoying what he was seeing in the opening stages and after a throw in call went against his team, the Killie boss showed his frustration by booting the ball away – leading to a yellow card from referee Willie Collum.

Zach Hemming was having a busy afternoon, forced down low to halt Scott Tiffoney before palming away another dangerous cross from the Thistle left.

After a sluggish opening 25 minutes, Killie began to grow into the contest with our forward players fashioning chances when they could.

Robinson controlled the ball on the chest just before the half hour mark and Oli Shaw showed smart footwork to create an opportunity but Thistle goalkeeper Jamie Sneddon was out to smother the chance.

Fraser Murray flashed a strike past Sneddon’s post while nobody in blue and white was able to turn the ball home following a corner just before the half time whistle.

The start to the second period was action packed.

Scott Robinson was fouled for a penalty after 50 but Oli Shaw was stopped from scoring his first Killie goal as Sneddon saved the spot kick.

That moment could have seen heads drop but instead, we were ahead two minutes later. A cross from the left was cleared by the Thistle defence but fortunately the ball struck a home defender and landed in the corner of the net.

If our opener owed more to fortune then there was no doubting the quality of the second.

Oli Shaw cushioned the ball down on his chest before unleashing a dipping strike, which left Sneddon with no chance.

That strike took much of the sting out of the match as Killie were able to remain in control of the contest from then on to take all three points back to Ayrshire.