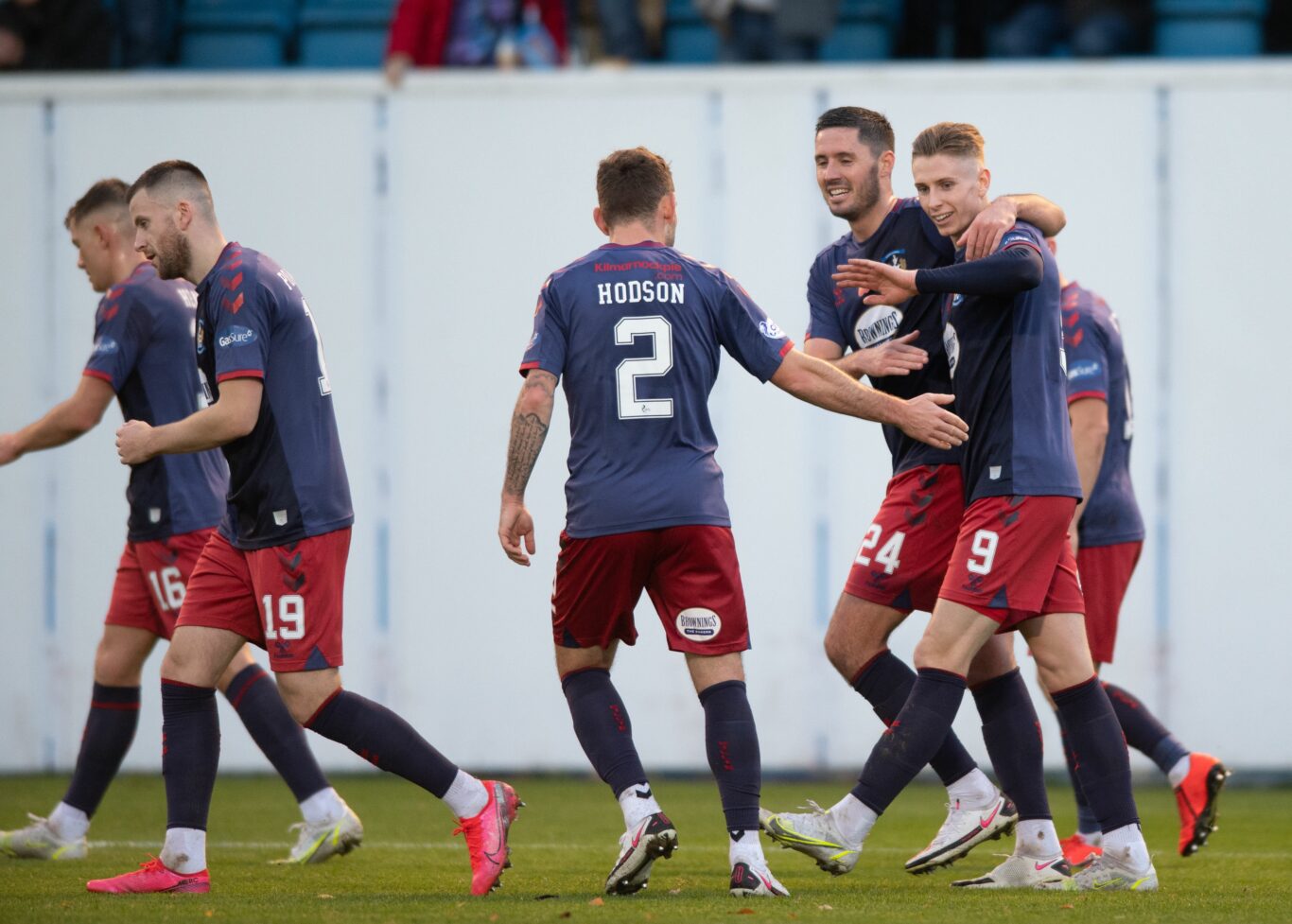 Killie maintained their excellent away form in the cinch Championship as goals from Blair Alston and Oli Shaw gave Tommy Wright’s team a comfortable 2-0 victory over Greenock Morton.

Two first-half goals with Chris Burke at their heart proved to be enough for the league leaders as they put on a professional and disciplined display at Cappielow.

Following last weekend’s loss to Partick Thistle, there were three changes to the starting line up with Burke and Lee Hodson lining up in a new look right hand side to the team while Blair Alston returned after recovering from injury.

Hodson lashed over the bar on his first league start since coming back for a second spell with Killie meanwhile at the other end, Gozie Ugwu saw his header bounce off the crossbar.

After that initial flurry of chances, Killie began to grow into the game and they made the all important breakthrough after 33 minutes.

Burke worked space to cross to the back post and Blair Alston had advanced to control and prod the ball past Jack Hamilton in the home goal.

The confidence from that opener flowed through the side, roared on by a strong Super Killie Away support and it was soon 2-0 before the interval.

Burke again interchanged to kickstart the move and he played the ball perfectly for Oli Shaw to sweep home past the helpless Hamilton.

In control of the contest, Killie knew that their hosts would look to change their approach in the second period and Gus MacPherson’s men went direct in search of a goal which could bring them back into the game.

Zach Hemming was alert to push Gavin Reilly’s strike past the post while a dubiously awarded corner saw Killie scramble the ball clear from the line.

Fraser Murray, Rory McKenzie and Dan Armstrong were all introduced in the final 20 minutes as the men from Ayrshire returned home with three points safely secured and their lead at the top of the table sitting at three points.