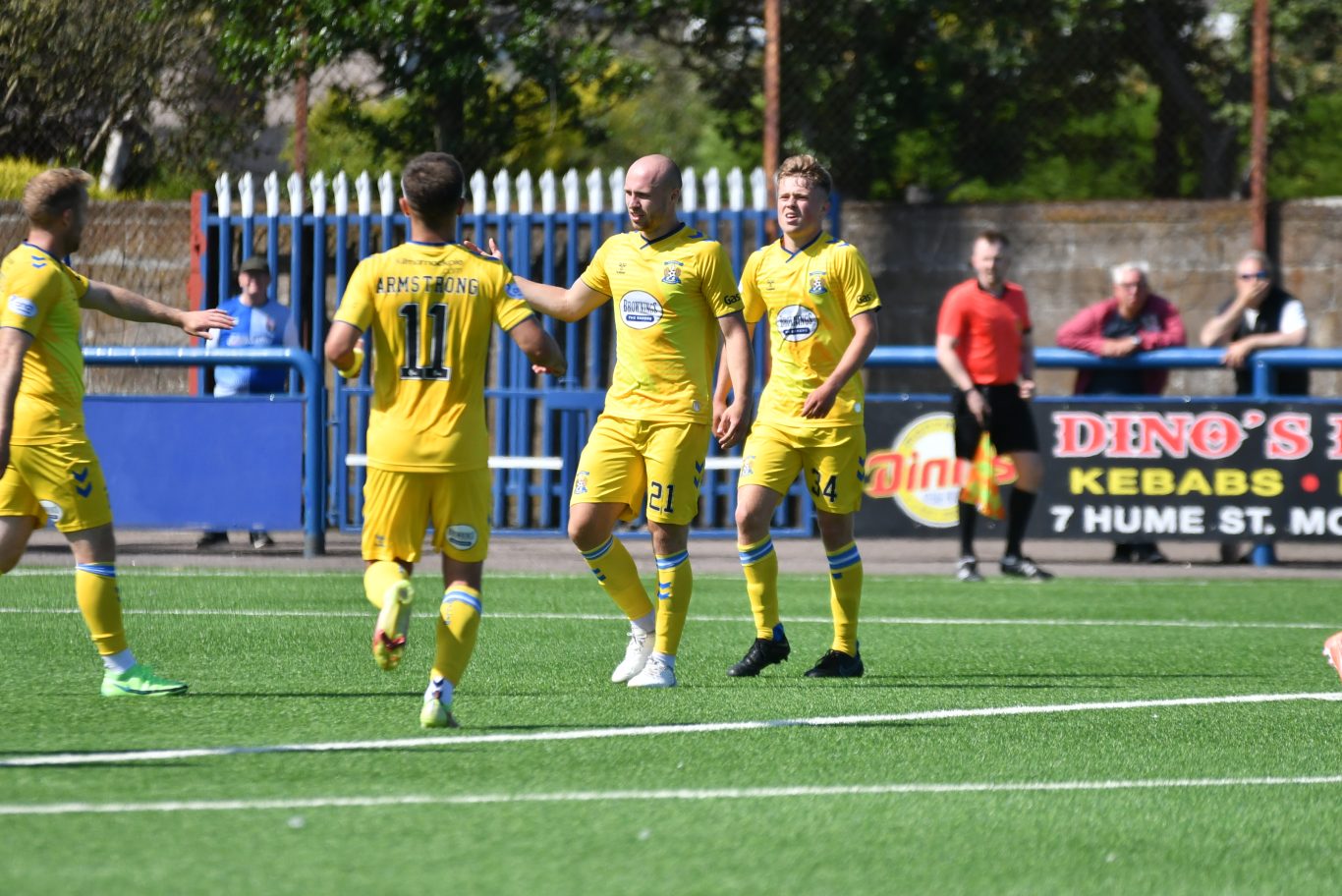 Kerr McInroy opened his account for Killie as a professional display at Links Park saw the Rugby Park men run out 3-0 winners.

The midfielder made his mark in his first competitive start for the club with Dan Armstrong’s second half goal confirming the three points would come back to Ayrshire.

Killie have not had their injury issues to seek during the close season with two more added to the list in the wake of Wednesday’s clash with Partick Thistle.

Fraser Murray was ruled out with an Achilles injury while Liam Donnelly picked up a minor knock after scoring his first Killie goal with both expected to recover in time for the big Premiership kick off.

Montrose boast a strong home record and they thought they had taken the lead with their first attack of the contest only to see the offside flag raised against Graham Webster.

As the fans basked in the summer sunshine, a water break was required midway through the half with both sides looking for attacking fluency.

The game required a moment to spark things into life and Killie got exactly that from Kerr McInroy. The midfielder received the ball outside the box before unleashing a fierce strike which beat Aaron Lennox in the home goal.

Having scored his first Killie goal, McInroy looked in the mood for more as he forced Lennox into a smart fingertip save just before the break after the ball had been worked down the left.

The half time interval saw a double change for Derek McInnes’ men with Zach Hemming taken off as a precaution with Sam Walker going in goals while Calum Waters’ introduction for Innes Cameron leading to Killie switching from a back three to a four-man defence.

Dan Armstrong positioned on the right wing, made the most of Mark Whatley’s slack backpass after 69 minutes to beat Aaron Lennox to the ball and tap into the net to double our lead.

Armstrong was unlucky not to add to his tally with two curling efforts flying just past the far post.

Late appeals for a Killie penalty were waved away when Oli Shaw appeared to be caught by the flying Montrose sub goalkeeper but referee Grant Irvine wasn’t interested.

And there was still time for a third as Oli Shaw finished well after some excellent interplay down the left flank.