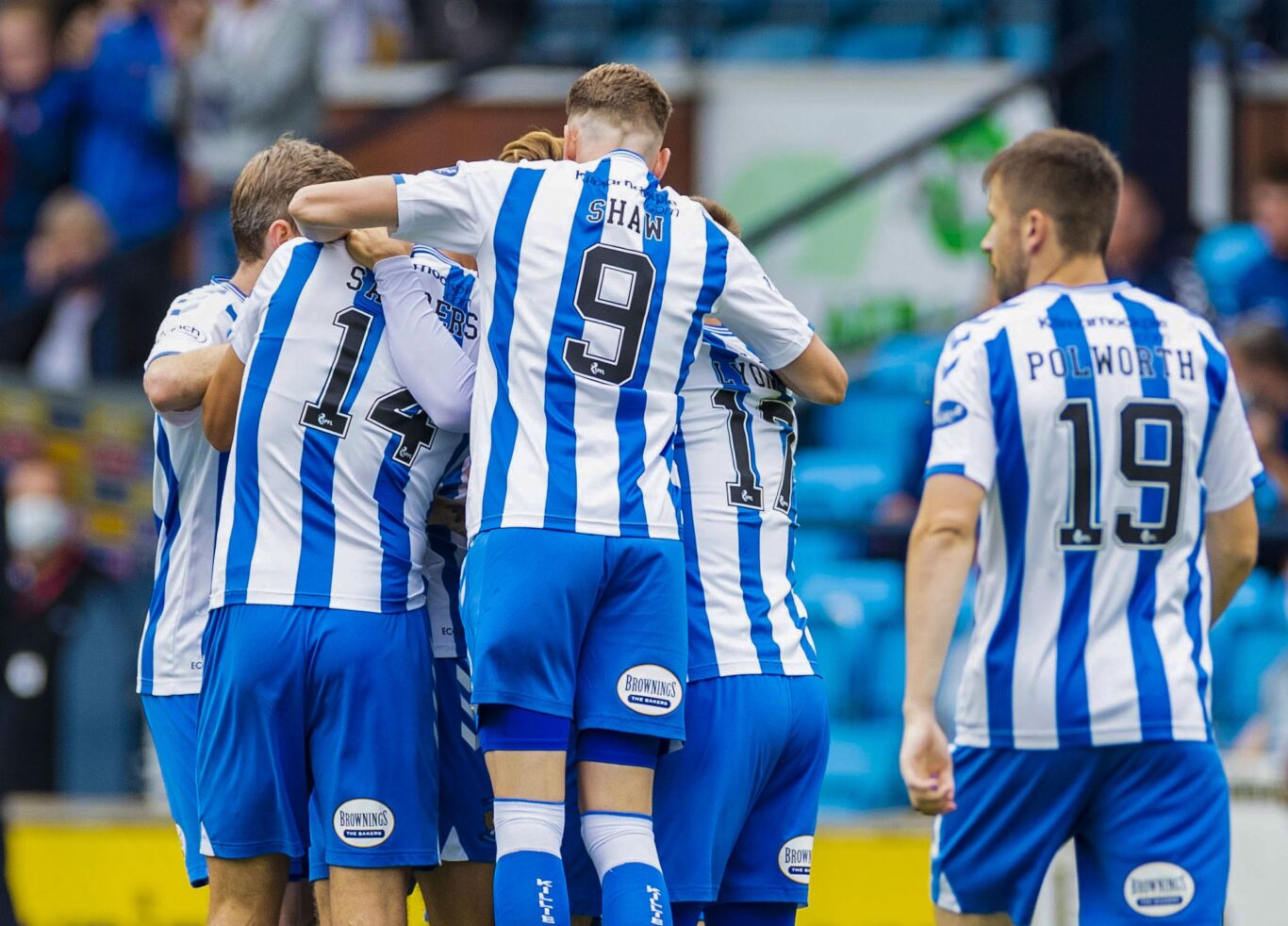 A Fraser Murray double and a Jason Naismith strike saw Killie beat Falkirk 3-1 to reach the third round of the SPFL Trust Trophy.

Paul Sheerin’s new look Bairns side put up a fair effort but Killie showed their quality in the final third with Falkirk goalkeeper Paddy Martin helping to keep the score down.

In a frantic start both sides found the net in the opening eight minutes of the match.

First it was Killie with Fraser Murray exploiting space on the left flank to cut inside Cameron Williamson before curling his shot into the bottom corner of the net.

But Falkirk responded moments later after Jack Sanders’ pass was intercepted and captain Aidan Nesbitt was afforded too much space to run at the Killie defence before finishing past Walker.

The early goals gave both sides confidence and so it quickly became an end to end contest. Fraser Murray was denied his second of the game by a defensive block while Sam Walker held Craig McGuffie’s header well from Nesbitt’s cross.

Oli Shaw was denied a debut goal after 39 minutes when quick thinking by Armstrong unleashed Naismith down the right. His cutback found Shaw but Paddy Martin’s foot deflected the ball out for a corner.

Killie came out the blocks strongly after the break and duly regained the lead after 54 minutes. Patient play on the edge of the box saw Alston slide a disguised pass into the path of the onrushing Naismith and the right back applied the finish.

Polworth and Brad Lyons had gilt-edged opportunities to out the game out of sight but failed to hit the target.

It would be 3-1 though as Oli Shaw’s clever headed flick saw F.Murray run through on goal and his effort left Martin with no chance.

Shaw came close to dinking the ball over Martin for the goal his performance deserved before being replaced by Innes Cameron in the closing stages.

There was a moment to savour for the Killie fans as 16-year-old Youth Academy player David Watson came on for his debut, a day after signing a new contract until 2023.

Steven Warnock was also introduced into the action and his excellent cross found Cameron’s head with five minutes remaining only for Martin to save once more.

Killie prevailed though and we will now face Queen’s Park at home on the weekend of October 9/10.