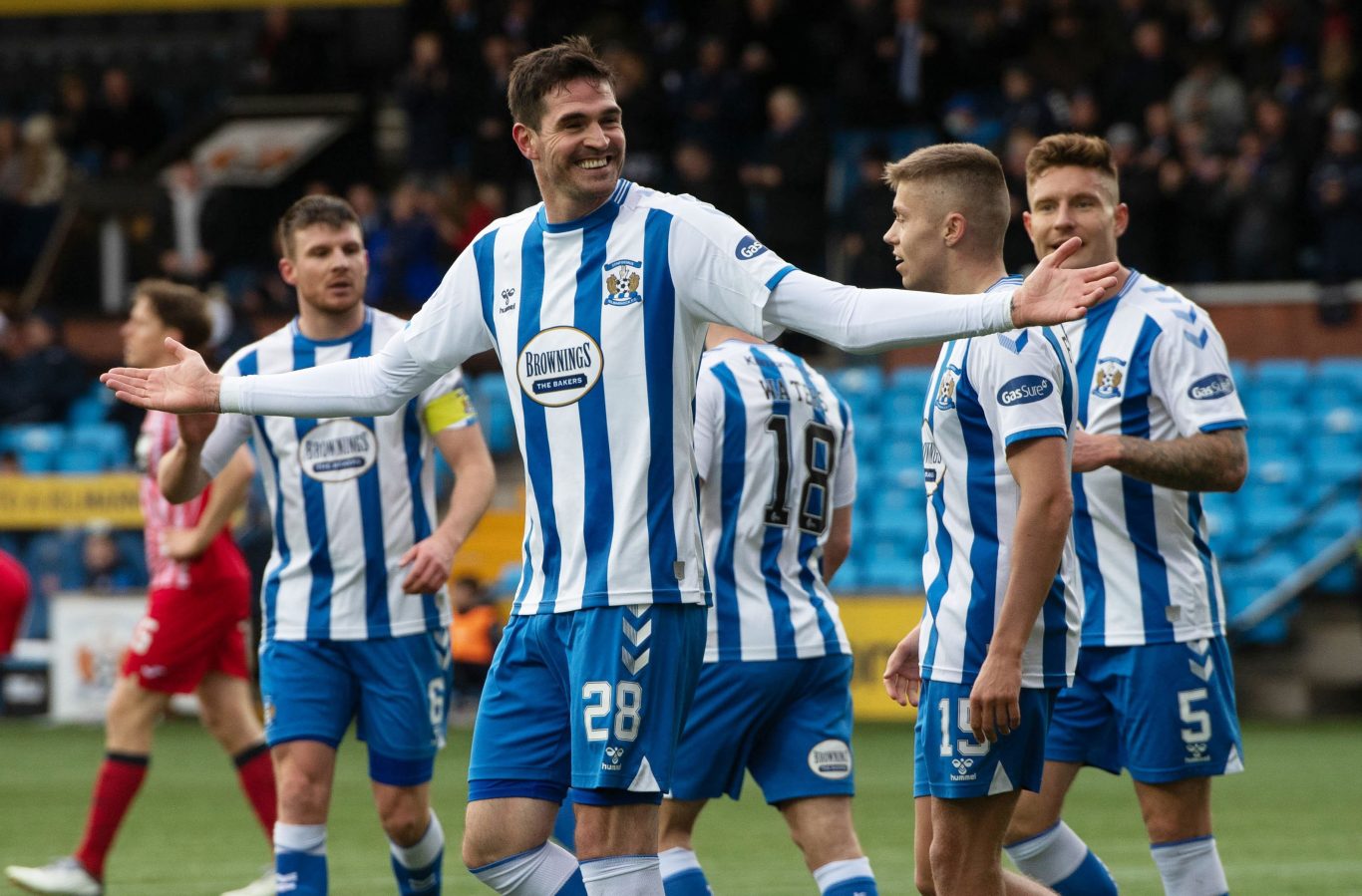 A Kyle Lafferty double and a strike from Stephen McGinn gave Killie back-to-back home wins with a comfortable 3-0 triumph over Raith Rovers.

The manager stuck with the majority of the side which had started out last weekend with Chris Burke in for Dean Campbell and the winger would play his part in creating the early opening goal.

His delivery from the corner found Lafferty and when his header came back off the bar, McGinn was first to the ball to apply the finishing touch after four minutes.

It was 2-0 after 12 minutes as Lafferty’s flick on found Fraser Murray and when he returned the favour, Lafferty’s shot deflected past Jamie MacDonald and into the net.

The Northern Irishman was leading from the front, setting the tone with the press and forcing Rovers into mistakes on the ball for Alston, McKenzie and McGinn to gobble up.

Raith were vulnerable to attacks down Killie’s left flank with Fraser Murray looking to move forward with real purpose.

John McGlynn wasn’t happy with his team’s opening half and that was made clear with a triple change at the break with Dario Zanatta, Ethon Varian and Aidan Connolly all introduced to the action.

Those players made an immediate difference to the balance of the contest with Zach Hemming producing a number of excellent saves to maintain our two-goal advantage.

The sucker punch came just after the hour mark as Euan Murray’s long pass was chased down by Fraser Murray and his cutback was inch perfect for Lafferty to direct into the corner with precision.

It knocked most of the fight left in Rovers as Killie looked for a fourth with Chris Stokes prodding Calum Waters’ free kick into the net only for the offside flag to halt the celebrations.

There was plenty to enjoy about this performance though and it sets Killie up perfectly ahead of next weekend’s trip to East End Park.