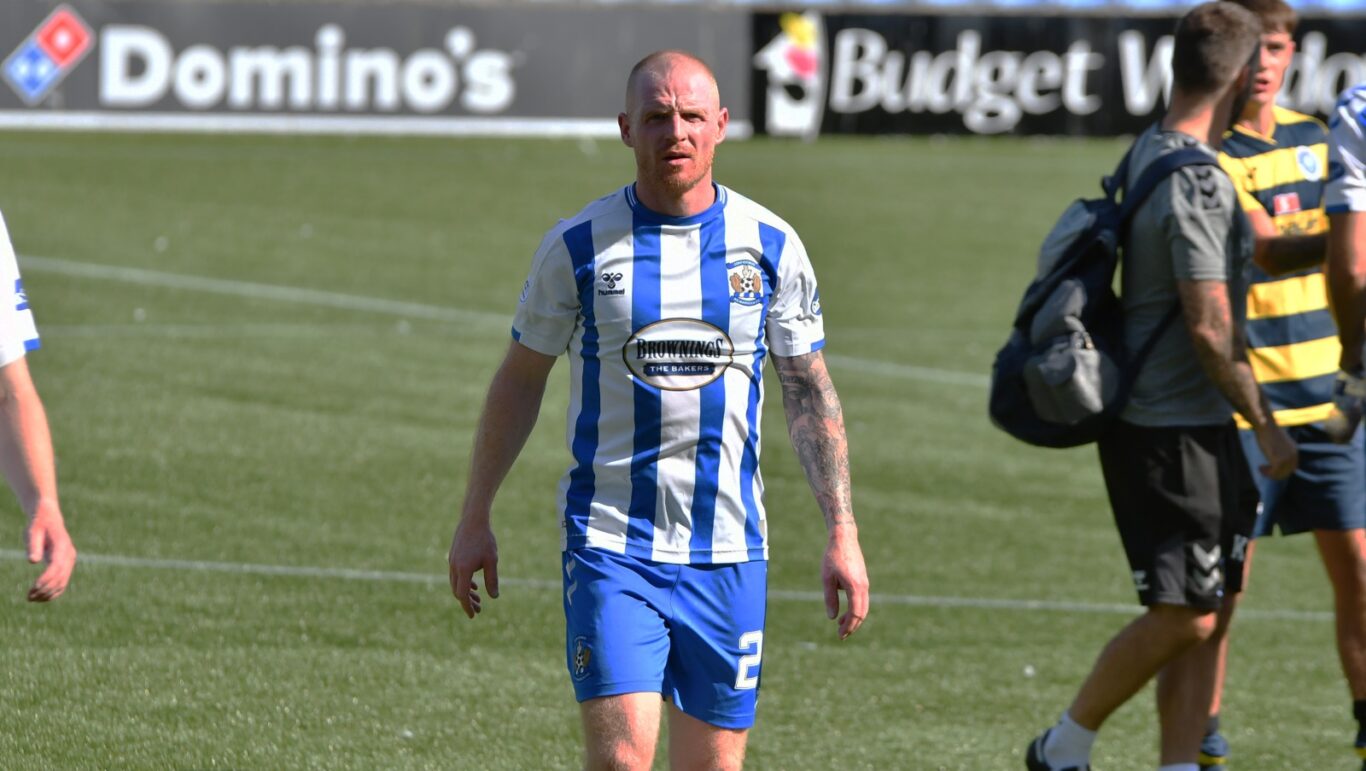 Killie kept their cool in intense heat at Rugby Park to book a place in the knockout stages of the Premier Sports Cup thanks to a 2-1 win over Stranraer.

Goals from Fraser Murray and Chris Burke were enough for Killie at Rugby Park despite a scare when former Youth Academy player Josh Walker found the net for the visitors.

Our win coupled with Morton’s win over Clyde sees Killie top Group G and head through to the last 16.

In order to give players more minutes on the field, Dylan McGowan came in for his debut while Sam Walker started in goal after Zach Hemming’s penalty heroics. After his cameo against Morton, Liam Polworth earned his first Killie start with Blair Alston and Dan Armstrong added in midfield in place of Rory McKenzie, Chris Burke and Brad Lyons.

A flurry of Killie chances in the opening minutes setting the tone for what was to follow.

Dan Armstrong saw his penalty appeals waved away while Innes Cameron and Fraser Murray tested the Stranraer defence only to be denied by last-ditch defending.

Armstrong’s runs were helping to create space for Jason Naismith as the winger drove down the right and while his cross was blocked, Polworth slid the ball to Naismith who saw his strike graze the studs of Scullion.

The Killie right back went close again on 34 minutes from Armstrong’s corner but his effort at the back post went narrowly wide.

The deadlock was broken three minutes later and it was down to some wonderful combination play. Stokes brought the ball out from the back before supplying a cute lay off to Fraser Murray. He drove inside before a quick one-two with Polworth saw Murray steady himself and lash the ball beyond the Stranraer goalkeeper.

The second half followed a similar pattern until Stranraer found an equaliser out of nowhere.

Scott Robertson drove through the middle of the pitch and the Blues worked the ball to Josh Walker, who found time to pick his spot into the top corner.

Killie threw off any feeling of shock, Tommy Wright opted to use his bench with Euan Murray, Kyle Connell and Chris Burke introduced for Stephen McGinn, Dan Armstrong and Innes Cameron and it immediately paid dividends.

A flowing move saw Burke pick up the ball and cut inside before unleashing a powerful drive, which beat Scullion all ends up.

Jamie Hamill’s team continued to battle bravely with Robertson stinging the palms of Walker with an effort from distance while at the other end, substitute Connell couldn’t quite direct Murray’s cross home.

The final few minutes saw Killie see the game out well and ensure we’ll be in the hat for Sunday’s last 16 draw.