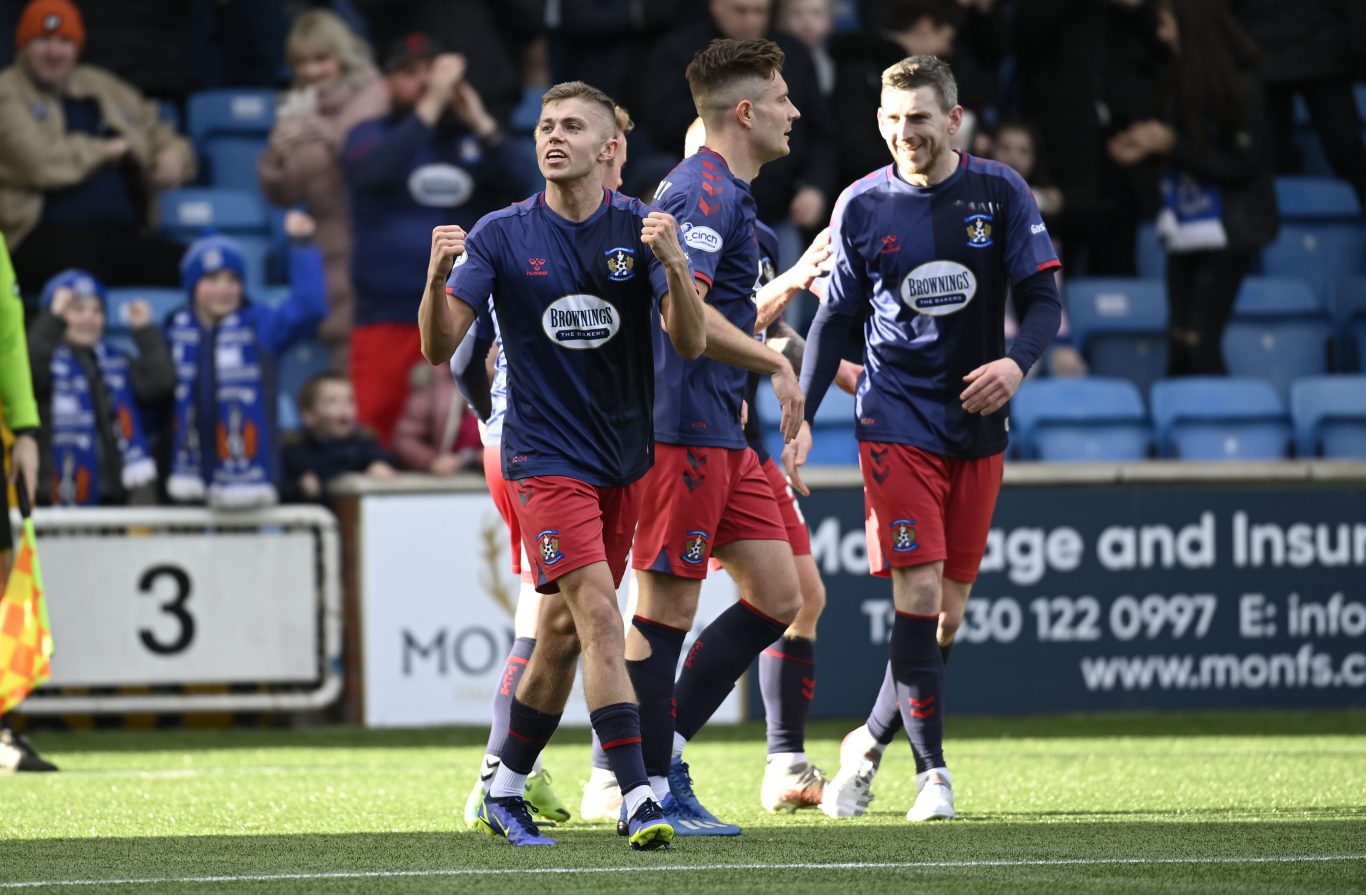 Killie kept up the pressure on league leaders Arbroath with a dominant 2-0 home win over Hamilton.

Fraser Murray and Blair Alston got the goals to secure a third successive triumph in the league at the BBSP Stadium, Rugby Park.

Derek McInnes’ side started with intent with Rory McKenzie peppering the visitors’ goal with strikes but Ryan Fulton in the Hamilton goal was equal to them.

McKenzie was a buzzing presence in the middle of the park, harrying and harrassing Hamilton throughout the 90 minutes alongside the impressive Stephen McGinn and Fraser Murray.

Andy Ryan had Accies best chance of the half but he connected with the post rather than the ball as he tried to get on the end of Kai Kennedy’s cross from the left.

Fraser Murray was looking in the mood to be a real creative presence for the home side and he was next to test Fulton with two curling attempts which had Fulton scrambling with McGinn and Burke unable to turn in the rebound as we approached the half hour mark.

The pressure was cranking up and just before the interval, Derek McInnes’ men had their reward.

Oli Shaw hit the post with the first effort but Killie recycled the ball with McGinn playing a switch to Burke and he put a tempting ball inside the six-yard box for Fraser Murray to touch in with his chest.

With our tails up, Killie continued to push with Fulton denying Shaw and then Euan Murray as the tempo remained high from the home men.

It would soon be 2-0 with another attack down the Killie left.

McKenzie’s initial shot was parried by Fulton, who got up quickly to stop the follow up header from Shaw but the forward stayed calm and laid the ball on a plate for Blair Alston to tap into an empty net.

It was no more than the hosts deserved and the score could have been more comprehensive if it wasn’t for a mixture of slack finishing and further saves from Fulton.

The intensity of the tackling and pressing remained high throughout with McKenzie and McGinn leading the charge.

Burke slid another effort just past the post while Accies best attempts were halted by Zach Hemming’s smooth handling.

Victory keeps Killie one point off top spot heading into Friday’s Ayrshire Derby at Somerset Park where there’ll be much more than bragging rights up for grabs.