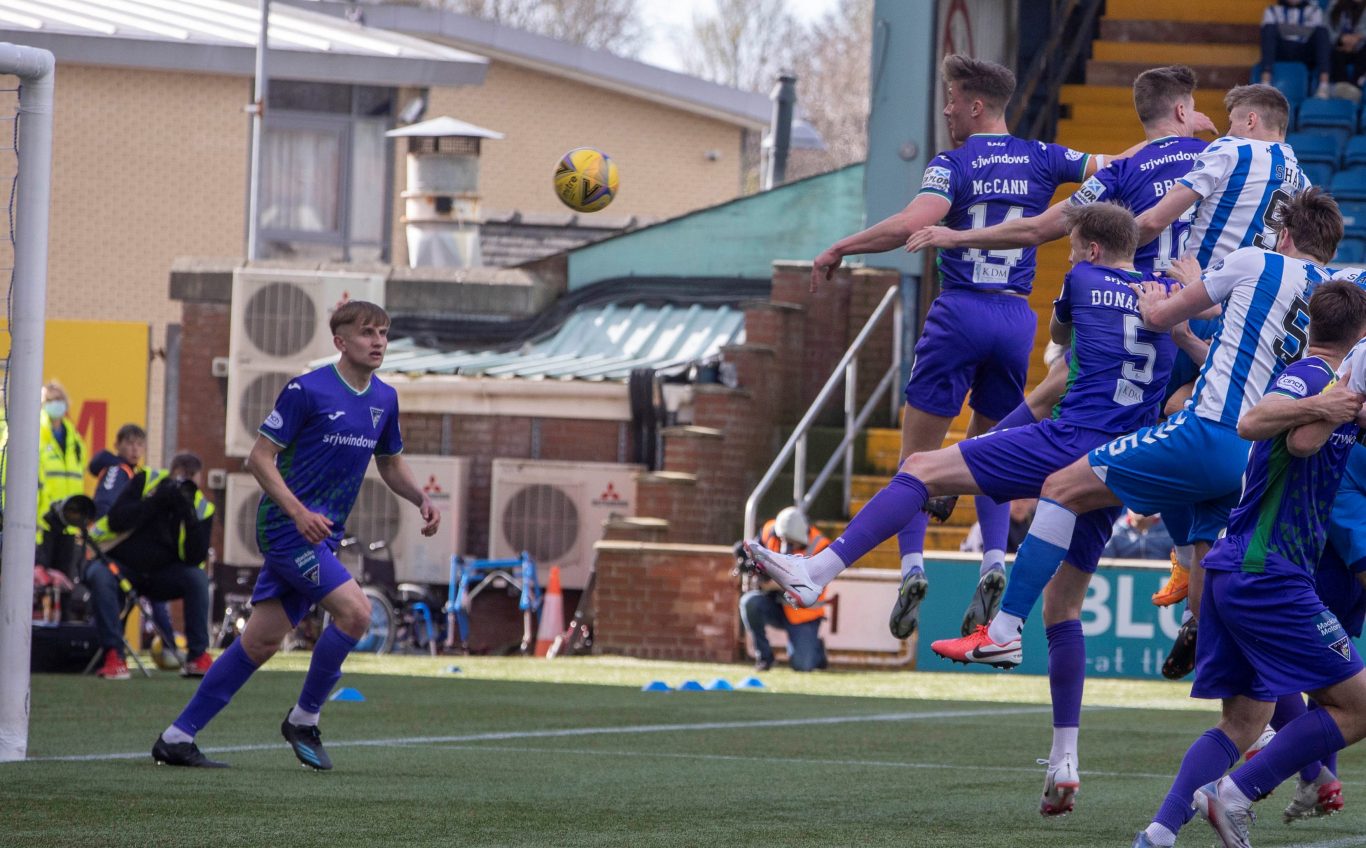 Kilmarnock maintained our four-point lead at the top of the Championship table as goals from Kyle Lafferty and Oli Shaw secured a well-deserved 2-0 victory.

Lafferty finished the opening goal after 26 minutes with Shaw adding a second with 14 minutes remaining and in between, it was Dunfermline goalkeeper Jakub Stolarczyk who helped keep the scoreline respectable for the visitors.

With Calum Waters picking up an injury in training, Dean Campbell came in on the left side of defence while Lee Hodson in for Jack Sanders on the right.

But it was our strike pairing who made the telling contribution as part of a controlled and impressive all round team display.

Killie started with intent with Blair Alston forcing Stolarczyk to clutch the ball away from the top corner after just two minutes.

It was to be a busy first 90 minutes for the Pars goalkeeper as he denied Kyle Lafferty by saving his header and Brad Lyons was unlucky to see his rebound bounce off the crossbar and come back out to safety.

Stolarcyzk could only keep Killie at bay for so long as Lyons drove forward powerfully in midfield before Blair Alston clipped a clever ball into Lafferty, who was alert to prod the ball into the net.

Derek McInnes’ men had their tails up and Oli Shaw saw one strike fly past the post while Ash Taylor couldn’t get enough on his attempt from a Fraser Murray cross as we looked to add to our advantage.

Dunfermline were getting increasingly frustrated about certain decisions going against them as Killie kept pouring forward.

Kevin O’Hara had the only real half chance for the visitors as he sent a shot harmlessly wide of goal as John Hughes demanded a reaction from his team after the break.

The second half was the copy of the first with only the Polish Under 21 international standing in the way of Killie dishing out a real beating.

He was on hand to get a strong hand to Oli Shaw’s firm drive after nice link up play with Lafferty.

Ash Taylor was next to be halted before Stolarczyk left Stephen McGinn with his head in his hands as he dived at full stretch to claw another curling effort out.

Shaw was left wondering how he handed scored with two attempts just being kept out before he finally got the goal that his all round play deserved.

Fraser Murray produced the assist from the corner as another wicked delivery found Shaw’s head and our number nine directed the ball into the net to calm any nerves in the Killie crowd.

Chris Burke, Dylan McGowan, Dan Armstrong and Rumarn Burrell were all introduced into the action in the final minutes as news came through that Arbroath’s 1-0 win at Hamilton ensured the difference between the two title challengers remains the same with just three matches of the campaign to go.