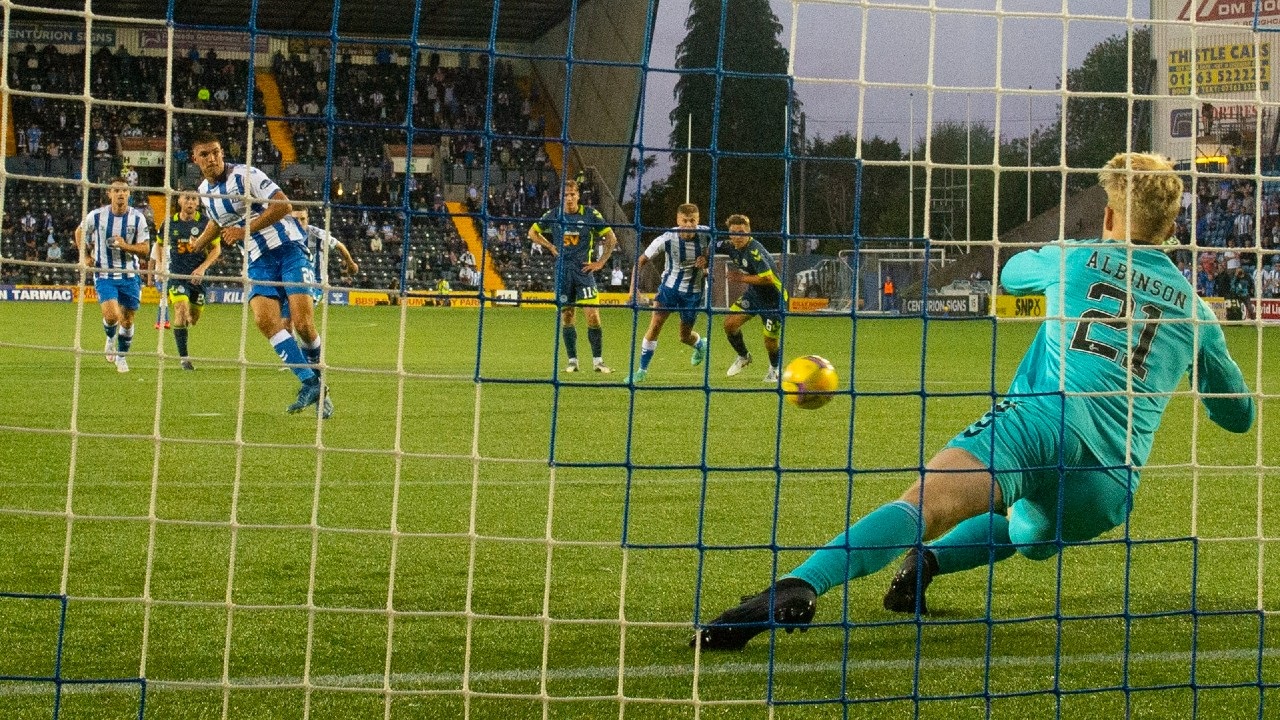 Liam Polworth and Innes Cameron struck in the Ayrshire Derby to give Kilmarnock a 2-0 triumph at home to Ayr United.

The midfielder broke the deadlock after 56 minutes before Innes’ penalty with five minutes remaining sealed the victory to start our cinch Championship campaign.

Three changes were made for the derby with Zach Hemming getting the nod over Sam Walker in goal while Euan Murray returned to the centre of defence and Chris Burke was in for Dan Armstrong on the right of midfield.

Burke and Murray nearly combined for the opening goal after four minutes but the defender’s header went just wide of the target.

Charlie Albinson in the Ayr goal had to look smart to claw Innes Cameron’s header away from the top corner as Killie exerted early pressure.

Quick feet from Burke on the half hour mark almost created an opening down the right but his shot moved away from goal at the last minute.

Killie continued to push but Ayr’s attacker Adeloye was looking handy for the visitors, running the channels and keeping the home defence on our toes.

Tommy Wright’s men continued to knock on the door and after a Cameron header went narrowly wide, the breakthrough finally came.

Burke worked the ball inside from the right and Blair Alston moved it into the box and it fell into the path of Liam Polworth, who stroked home with ease to unleash a roar from the 3,692 fans inside Rugby Park.

Cameron unleashed another fizzing drive after 75 minutes which zipped past the post at pace.

But he wasn’t to be denied as Jack Baird was penalised for handball and our number 20 dispatched it with style to seal the win.