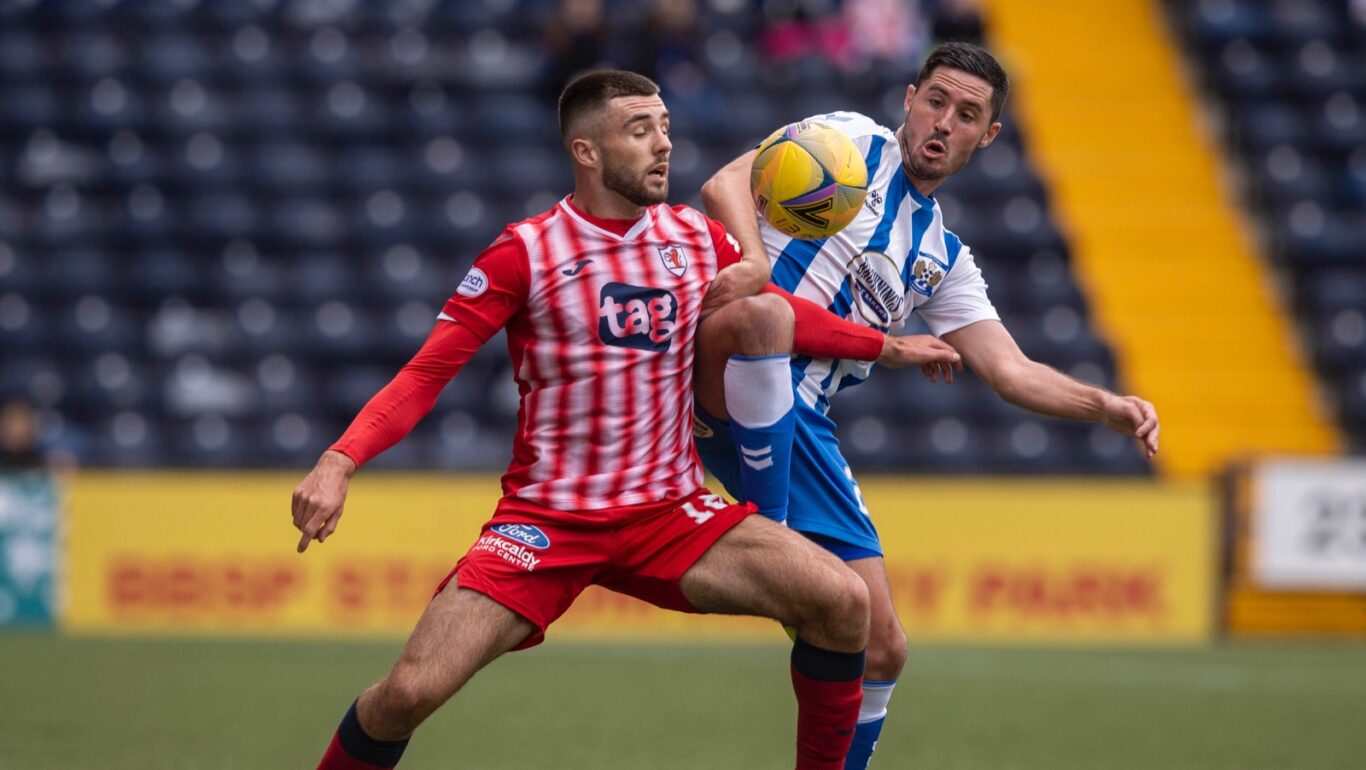 Jamie MacDonald produced a number of fine saves on his return to Ayrshire to keep the home side at bay as John McGlynn’s men made the most of their opportunities to take all three points.

It’s a second home league defeat of the campaign for Killie, who face Queen’s Park next in the SPFL Trust Trophy.

After remaining unbeaten in September, Tommy Wright made two changes to the starting XI as Liam Polworth was restored in place of the injured Fraser Murray while Brad Lyons dropped out for Stephen McGinn.

Tommy Wright had predicted an open encounter before the match and so it proved with both teams creating opportunities in an end-to-end first 20 minutes.

It was the visitors who struck the first blow as Ethon Varian found space on the right to cross for Liam Dick to loop a header over Zach Hemming on 19 minutes.

With experienced duo Berra and Benedictus in the back line, Raith were keeping the home side at bay as they entered the interval with the lead.

Oli Shaw’s movement in attack was the main bright spark in the opening 45 and he had the first chance of the second period, only to volley wide of MacDonald’s front post.

The second period saw the hosts huff and puff but fail to make a real mark on goal as Callum Hendry came on for his Killie debut with Chris Burke also put on after 68 minutes.

The two substitutes combined for the equaliser after 75 minutes. Chris Burke providing the perfect cross for Hendry to nod into the net.

But while Killie pushed to try and find a second, it was Raith who would snatch a goal at the other end.

A long ball from MacDonald fell kindly to Raith sub Poplatnik, who fired beyond Hemming.

And as Killie desperately tried to find a way back in injury time, Rovers broke up the park for a three on one attack and allowed Poplatnik to tap into the net to the delight of the travelling fans.