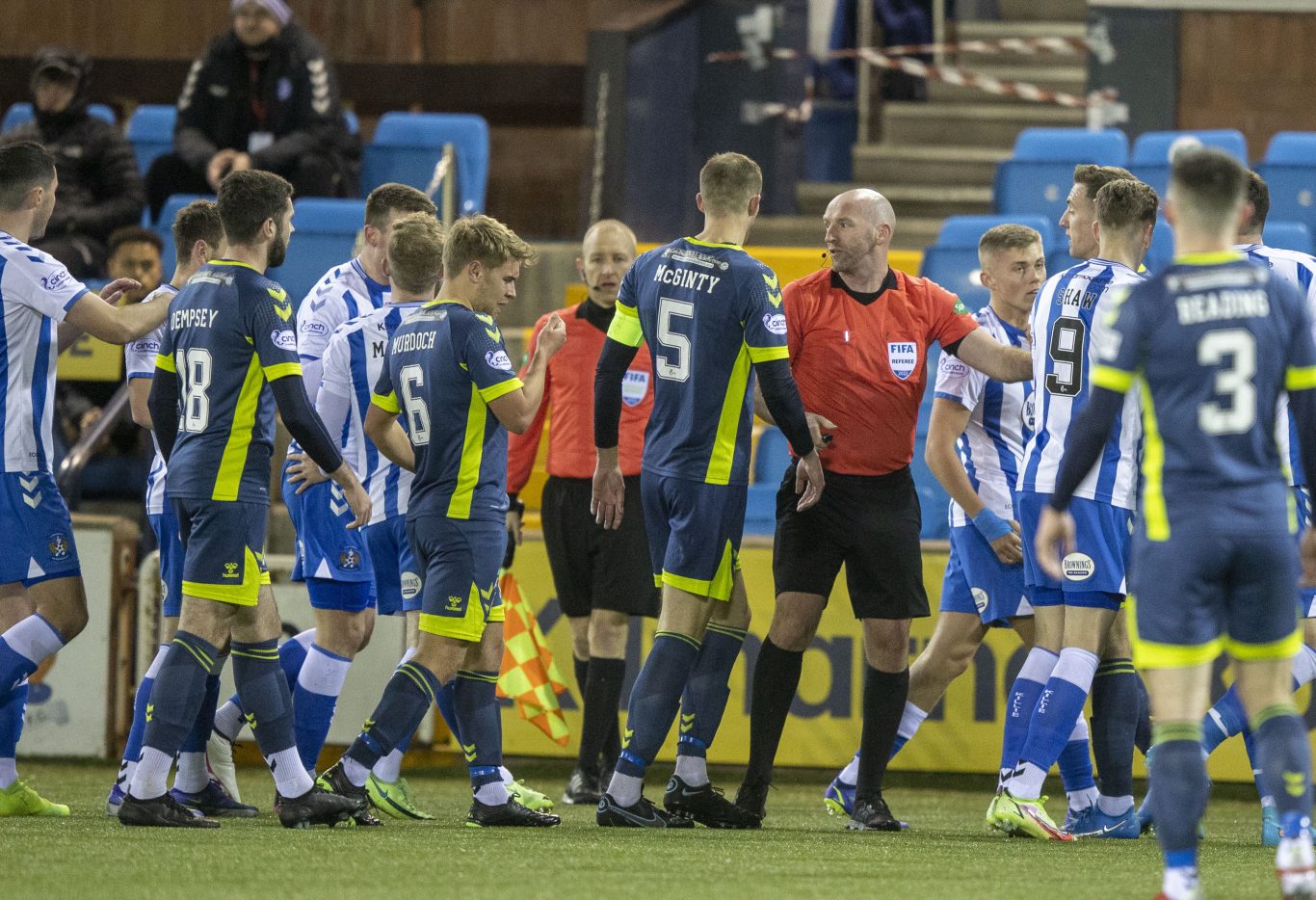 Fraser Murray’s early goal had given Killie the perfect start but strikes from James Maxwell and Patrick Reading saw the visitors come out on top in the third derby game of the season.

After defeat to Arbroath at Gayfield, Derek McInnes’ men were aiming to regain ground in the Championship title race but another home loss leave Killie five points behind Dick Campbell’s league leaders with 12 matches remaining.

Dylan McGowan, Lee Hodson, Chris Burke and Oli Shaw came back into the starting XI after a number of knocks picked up at the weekend and it was Shaw and Burke who combined for the opening goal.

Shaw’s hold up play allowed Burke to drive at the Ayr defence and the winger’s perfectly timed pass found Fraser Murray, who dispatched the ball beyond Aidan McAdams in the visiting goal.

Murray was looking confident after his opener and proved to be a threat to the Ayr defence, playing a cross in for McKenzie, which McAdams managed to save.

Kyle Lafferty went close with another half chance but Ayr hit back when Killie conceded a corner.

The home side failed to clear and James Maxwell flicked the ball into the net despite the best efforts of Zach Hemming.

Ayr’s equaliser knocked the stuffing out of the men in blue and white aside from appeals for a red card following a clash between Lafferty and Aaron Muirhead.

McAdams made two fine saves to deny Killie around the half hour mark while he was also on hand to see the ball strike his post as Lafferty met Murray’s cross on 53 minutes.

With the game remaining in the balance past the hour mark, both Hodson and Brandon Haunstrup were replaced by Dylan Tait and Jason Naismith but it was Ayr who were on the front foot.

United sub Tomi Adeloye had already gone close with two efforts before the visitors found what proved to be the winner.

Patrick Reading found space on the left and he fired his effort into the bottom corner of the net past the despairing dive of Hemming.

It could have been worse for the hosts as Adeloye fluffed two opportunities to add to the scoreline as the majority of the 7,560 crowd went home extremely disappointed.