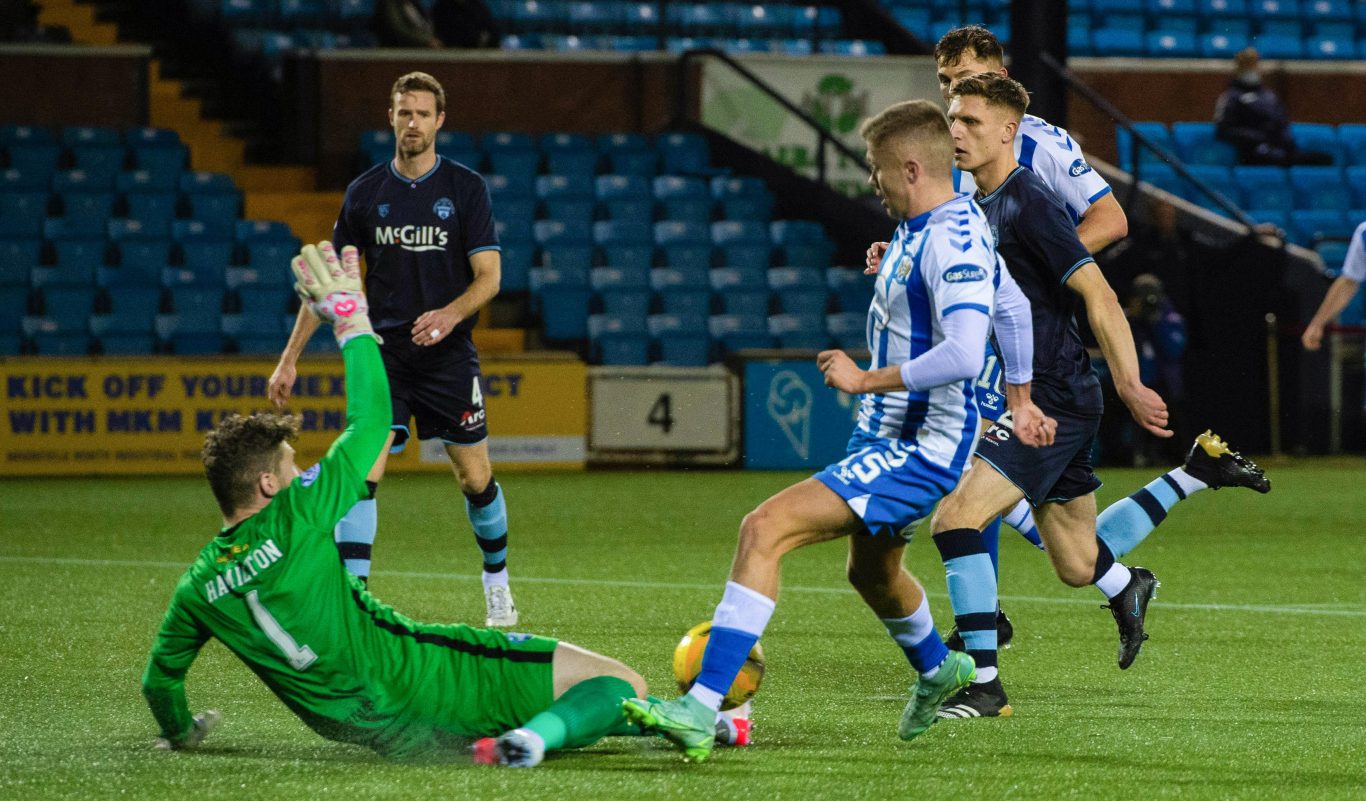 Killie endured another frustrating home result as we were held to a 1-1 draw by Greenock Morton.

Rory McKenzie’s excellent strike had Killie ahead and they should have been out of sight but for a number of saves from Morton’s Jack Hamilton to keep his side in the match.

And the hosts were made to pay when Alan Lightgow scored from a corner to give new ‘Ton boss Dougie Imrie a promising start on his bow in the dugout.

After appealing Zach Hemming’s red card against Hamilton on Wednesday afternoon, the goalkeeper was able to take his place between the posts for this one but he was largely a spectator for the opening 45 minutes.

Callum Hendry was first to test Jack Hamilton in the Morton goal, dribbling past two players before seeing his strike bounce over the bar via Hamilton’s legs.

There was nothing Hamilton could do about the opening goal after 26 minutes.

Patient build up play around the Morton box saw the ball played into the path of Rory McKenzie, who unleashed a fantastic striker right into the corner of the net to leave the goalkeeper with no chance.

Only Hamilton’s intervention stopped it becoming 2-0 moments later as Hendry and Robinson pressed Mark Russell and the Morton defender gave up possession inside the area. Robinson attempted to lift the ball over Hamilton but the shot stopper smothered the ball and away out of danger to keep his team in the contest.

It was a game of attack v defence with Hamilton producing another wonderful save on 37 minutes as Haunstrup’s cross from the left found Hendry, who could hardly believe he hadn’t got on the scoresheet.

While the advantage remained at a single goal then the visitors still had hope and on the stroke of half time time Gozie Ugwu saw his header saved by Hemming, who moments earlier had been on the receiving end of a collision with Alan Lithgow, which earned the defender a yellow card.

The second half followed the same pattern with Hamilton rushing out to deny Fraser Murray a deserved goal. And after holding on in there, Morton found an equaliser on 68 minutes as Alan Lightgow met Lewis Strapp’s corner to head in.

Fraser Murray was unable to make the most of another opportunity as he scooped over from a central position inside the area.

The goal gave Morton confidence and things got even worse for Killie as Jack Sanders was shown a straight red card for a cynical challenge after losing control of the ball.

And the visitors held on for a point as Killie suffered more home frustration and remain four points behind league leaders Arbroath.