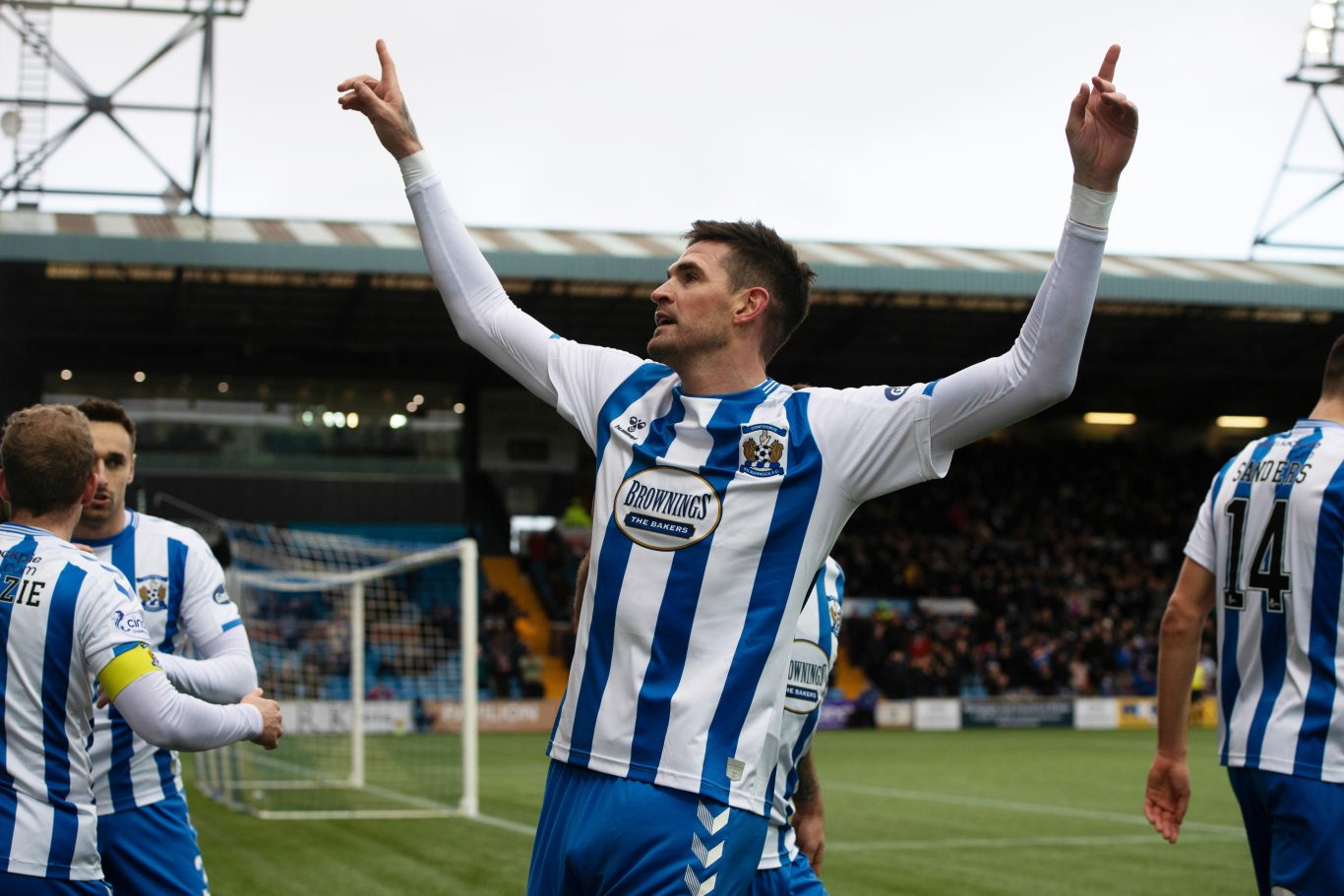 The Northern Irish striker scored his first goal since returning to Ayrshire, applying the finishing touch to Daniel MacKay’s wicked cross from the right after nine minutes to ensure we leapfrogged the Highlanders in the table

Killie had to remain resolute in a competitive contest in windy conditions, which made silky football a difficult task throughout.

Playing against his hometown team and former employers, Daniel MacKay was involved from the opening minute as he was on the receiving end of a tough tackle from Robbie Deas to earn the defender a yellow card.

He made the most crucial impact in the ninth minute as Killie won the ball high up the field and MacKay’s fine run and quick cross down the right was finished perfectly by Lafferty in the centre of the goal.

Lafferty was one of two changes in Derek McInnes’ starting line up as he replaced Blair Alston with Lee Hodson back in for Chris Stokes.

It meant Rory McKenzie wore the armband and he put in another fantastic performance in the heart of midfield, fighting for every ball and setting the tone for the home side to follow.

On 18 minutes applause rung around the ground as both sets of supporters paid tribute to Warren Graham, the teenager known as The Killie Piper, who passed away during the week with a further poignant tribute taking place at half time as Amazing Grace played out by a lone piper.

Killie maintained the advantage heading into the interval with Lafferty, Jack Sanders and McKenzie all going close to adding a second goal.

Sanders was forced off at the break due to illness with Euan Murray taking his place and the defender thought he had added a second goal but it appeared as if referee Don Robertson signalled for handball.

Oli Shaw returned to his main striking role with Lafferty forced off with a minor hip knock and our number nine came close to making his mark, only to see his first strike blocked and his second go wide of the post with the goal at his mercy.

Billy Dodds threw on his substitutes in a bid to recover a point and both Austin Samuels and Joe Hardy both went close when presented with the chance to test Hemming.

But McInnes men stayed strong to set up a mouthwatering top of the table clash at Gayfield next Friday.