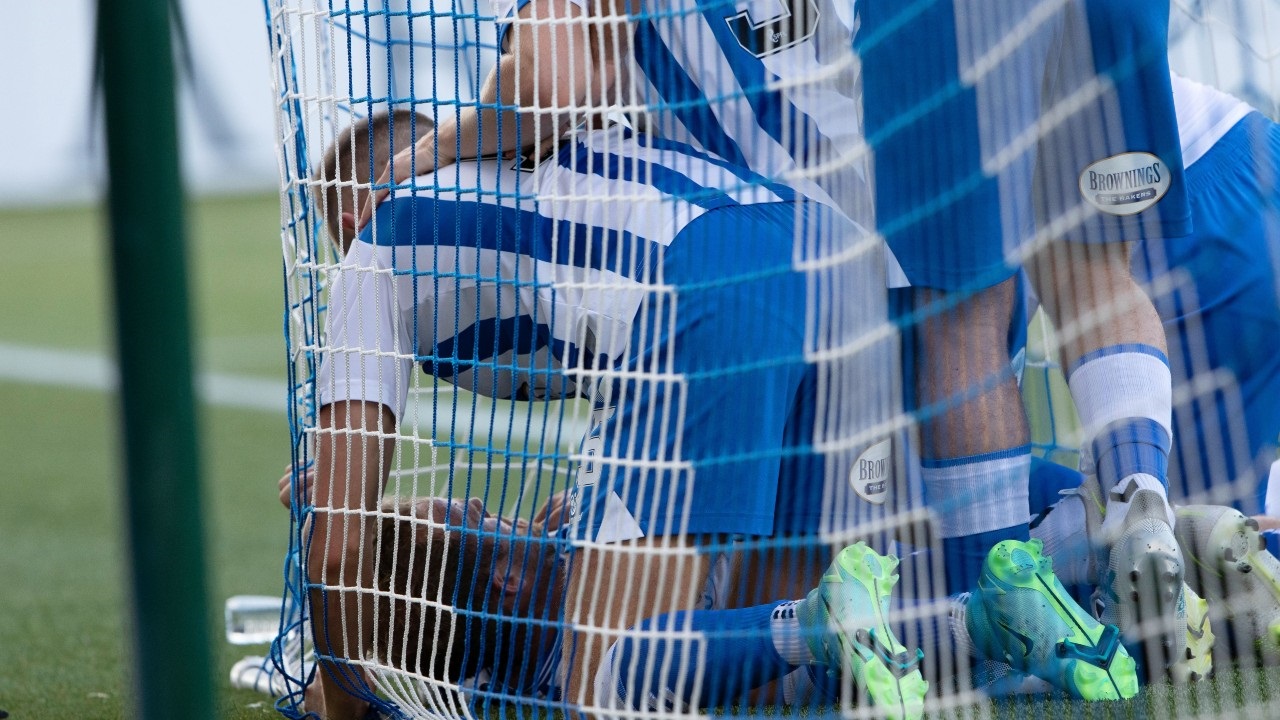 The significance of a single result sometimes only becomes apprarent later down the line but Killie’s 1-0 triumph over Greenock Morton could certainly figure in that category later in the season.

Rory McKenzie’s 75th minute winner was enough to see off Gus Macpherson’s men on a tough, stodgy contest at Rugby Park, which ultimately brought us the reward.

McKenzie was one of four changes to Tommy Wright’s line up, replacing Dan Armstrong while Zach Hemming was restored in goal with Brandon Haunstrup and Stephen McGinn back in the XI.

Our visitors had proved tough opposition to break down in the Premier Sports Cup and so they proved again.

Morton had the first big chance of the match as Muirhead unlocked the Killie defence with a pass into Tom Allan. His strike was saved by Hemming and Gavin Reilly seemed set to tap in the rebound before Euan Murray threw his body on the line to block and avert a certain goal.

It seemed to spark the home side into action as Oli Shaw and Fraser Murray denied by a combination of Jack Hamilton and defensive blocks.

Killie’s best opening of the first half came when Stephen McGinn released Oli Shaw and the striker’s attempt on the angle trickled narrowly wide of the post.

Hemming was forced into action twice after a defensive mix up as the home side struggled to clear.

The second half produced even less in the way of clear goal chances but thankfully when they arrived, it was Killie who produced.

As the hour mark arrived at the game remained without score, Tommy Wright made a double change with Scott Robinson and Brad Lyons replacing Liam Polworth and Stephen McGinn and the Killie boss appeared to be pondering a third before we struck.

Dan Armstrong was limbering up on the touchline on 75 minutes as Fraser Murray found space on the left corner of the box before finding a sliding McKenzie at the back post. Team mates mobbed the midfielder who was caught in the net as the home fans celebrated making the all important breakthrough.

Former Killie striker Robbie Muirhead curled a free kick over as Killie saw out the match for a crucial three points.

Results in the months to come will show just how key they prove to be.