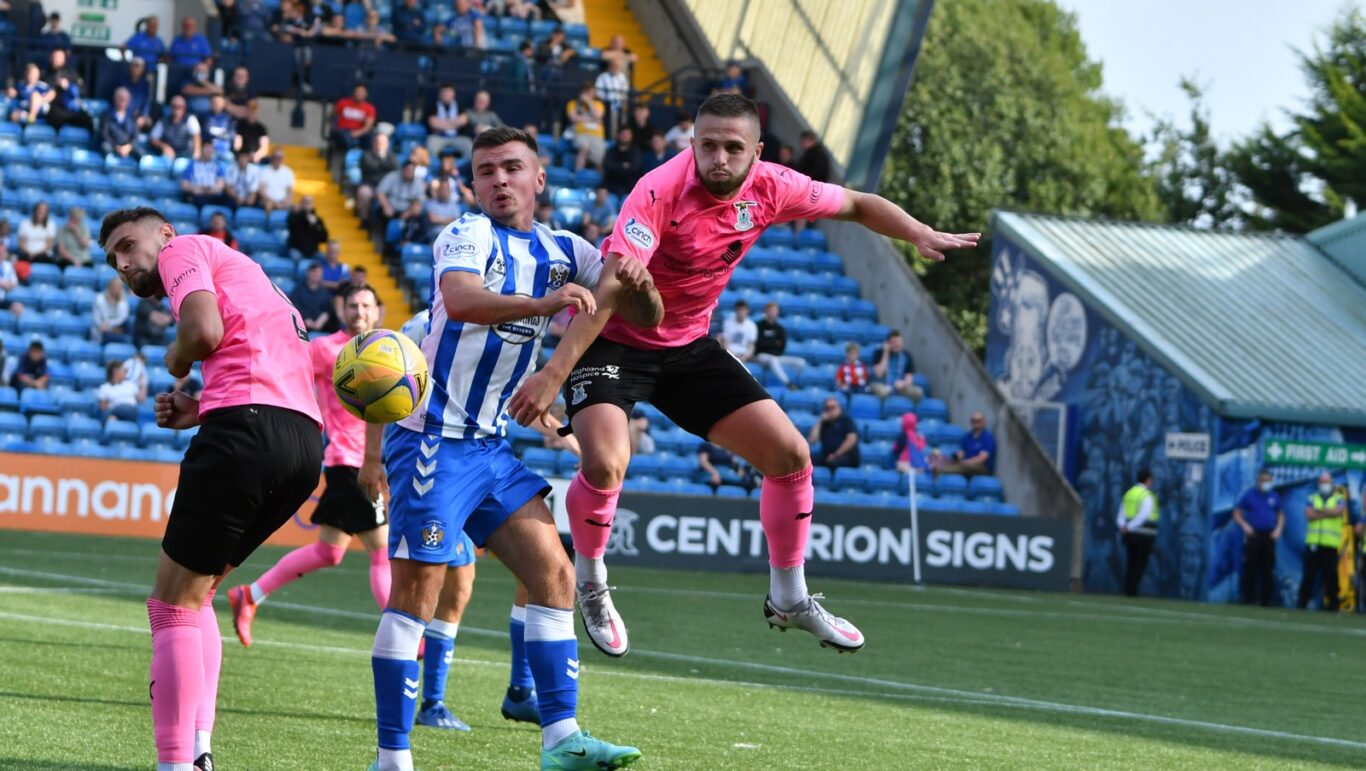 Former Killie attacker Gardyne found space to blast the ball high into the net past Zach Hemming as the Highlanders saw the match out to claim all three points.

The home side stuck with the same side which had run out 2-0 winners over Hamilton last time out but the visitors, also boasting a 100% struck first to stun the majority of the 5,004 crowd inside Rugby Park.

Moments earlier the stadium had been a cauldron of noise as supporters joined together to mark all those lost during the past 18 months of the Coronavirus pandemic and salute our NHS heroes and key workers.

Despite the early concession, the home side reacted positively with Liam Polworth testing Mark Ridgers in the Inverness goal before Blair Alston saw Ridgers leap to tip his goal-bound shot against the post.

Those of a Blue and White persuasion were up in arms at some tough tackling on Chris Burke through a sustained period of the first half.

While the winger would continue, the afternoon came to a premature end for Scott Robinson after 30 minutes as he pulled up with a hamstring injury. Innes Cameron replaced the forward and he battled manfully against the experienced opposition backline.

Killie continued to build pressure as we approached the half but some hesitant attacking and resolute defending saw Billy Dodds’ team hold out until the interval.

The break would prove to come at a bad time for the hosts as they struggled to build any momentum in the second period.

Fraser Murray replaced Rory McKenzie just past the hour mark as Ridgers looked sharp to claw the ball away from the diving Cameron, who looked likely to finish.

However the fluency and verve which has been a feature of Kilmarnock’s play in recent matches appeared to be missing on a hot and sticky afternoon in Ayrshire.

Dan Armstrong was introduced for Liam Polworth in a final throw of the dice but no clear cut chances would be created as Shane Sutherland wasted Inverness’ best opportunity to double their lead, chipping the ball well over the bar.

Referee Euan Anderson’s whistle came to the delight of the noisy away following from up north as Killie were left to reflect on a disappointing end to what has been a largely positive start to life in the second tier.