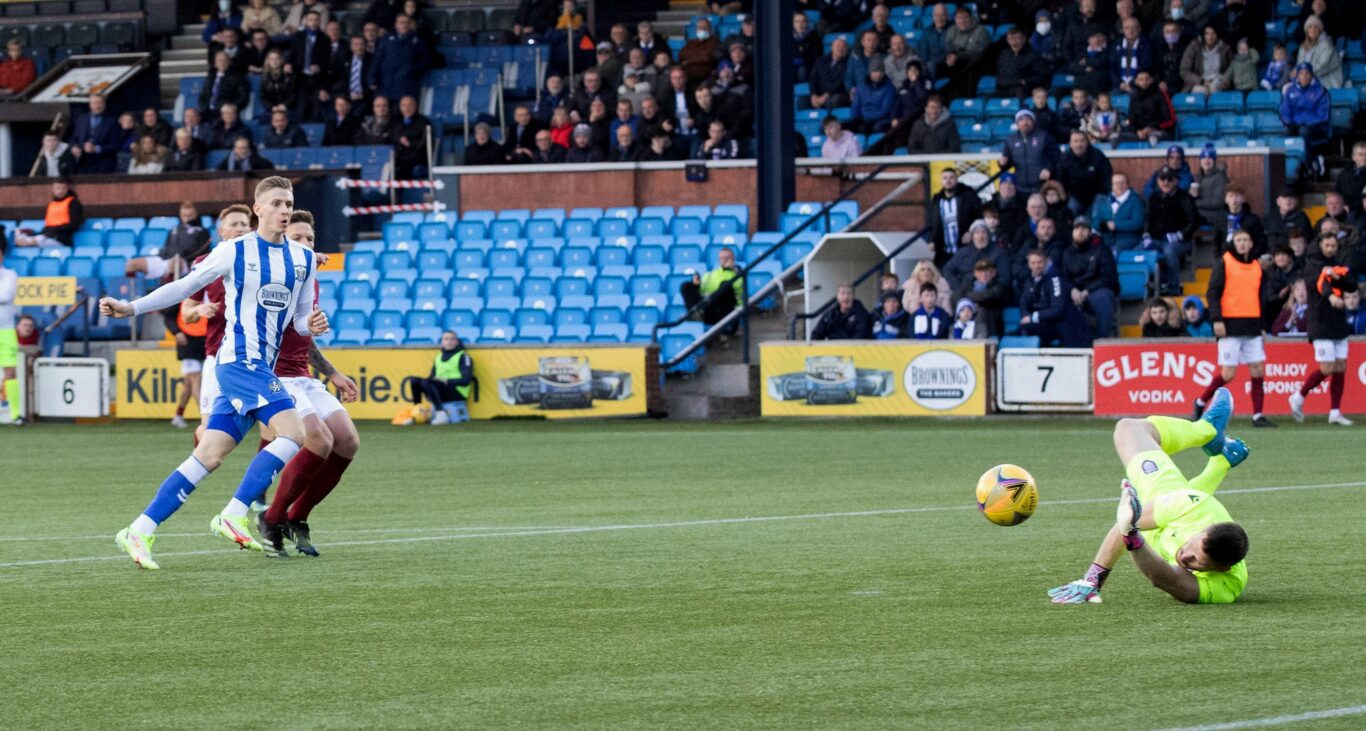 Derek Gaston, who coaches for Killie’s Academy, pulled off a number of fine saves to deny Oli Shaw, Scott Robinson and Liam Polworth as the Red Lichties ran out winners.

Zach Hemming pulled off a vital penalty save to keep Killie level in the last ten minutes before Dowds rose to meet the corner from fellow substitute James Craigen to nod in the winning goal.

It was another frustrating afternoon for Killie boss Tommy Wright, who stuck with the same squad which defeated Greenock Morton 2-0 last weekend.

Joel Nouble was named man of the match when these sides last met and he almost scored the opener as Euan Murray’s backpass didn’t have enough on it but the attacker’s effort didn’t make it to the goalline.

Oli Shaw had scored seven goals in his last seven matches but Derek Gaston stopped him from adding to that total with a smart save after Liam Polworth’s through ball had played him through.

Killie started the second half slowly as the visitors started to sense that there was an opportunity for them in Ayrshire.

Referee John Beaton pointed to the penalty spot when Euan Murray was judged to have brought down the Arbroath attacker but Zach Hemming stepped up to get a hand to the ball and push Michael McKenna’s effort onto the post.

Arbroath had more luck with the opposite post as Dowds met Craigen’s delivery and his header glanced off the woodwork and into the net.