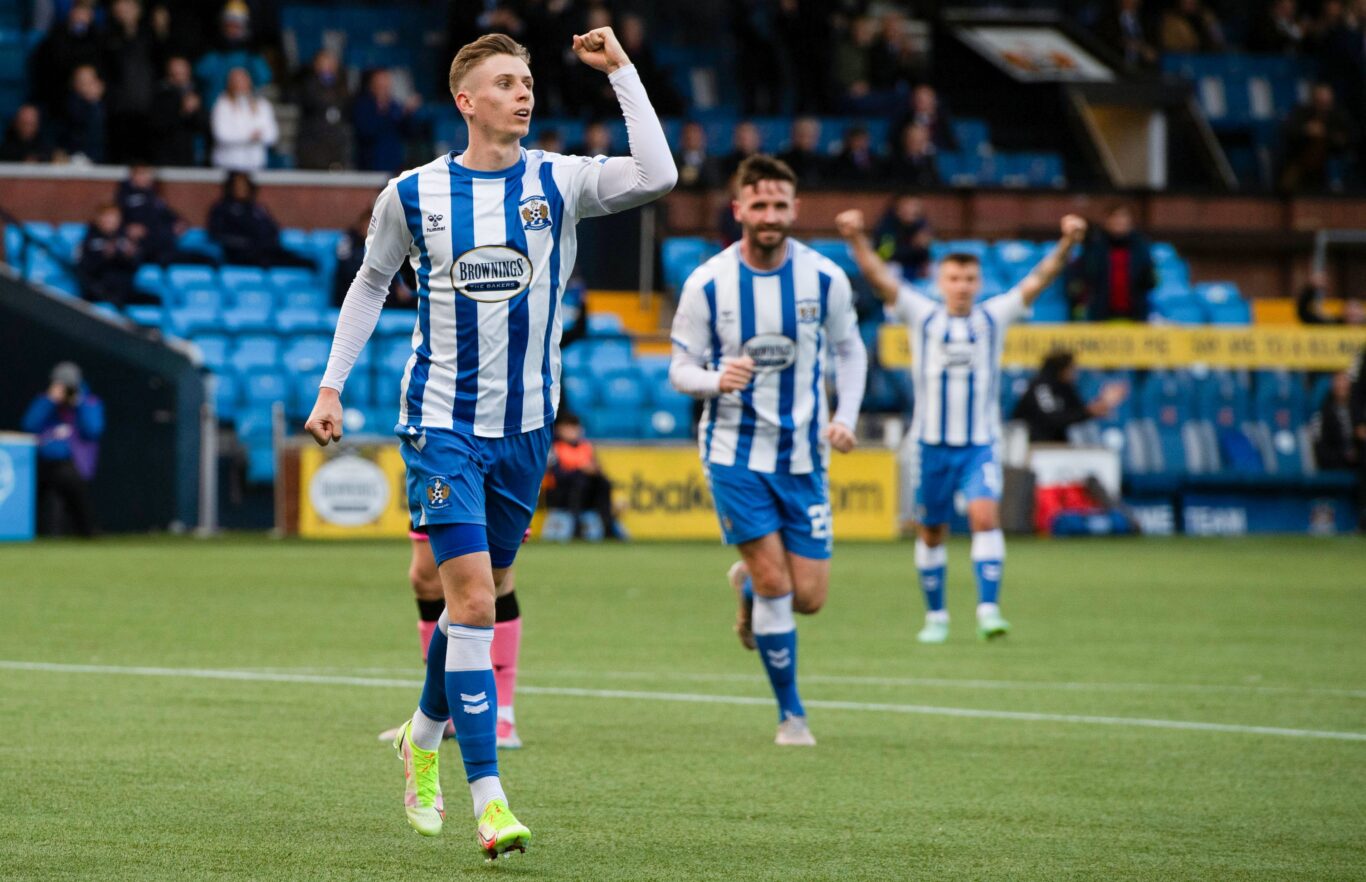 Killie completed a perfect week with three wins in a row after a resounding 4-0 home triumph over Queen of the South.

A brace from Oli Shaw and a late goal from substitute Callum Hendry did the damage at Rugby Park as Tommy Wright’s team continued their fine recent form.

Rory McKenzie recieved the acclaim of the crowd as he made his 300th Killie appearance but it is Oli Shaw who is becoming a real crowd darling.

Having netted an Ayrshire Derby winner in the final minute as Somerset to continue a fine run in front of goal, he continued his scoring streak here.

Dan Armstrong got to the byline and his dinked cross was headed home by our number nine to make it five goals in his last five matches.

The home side went in search of a second as Jason Naismith powered down the right but his strike was saved by Sol Brynn in the Queens goal.

Scott Robinson came into the starting XI for Callum Hendry and he was presented with a sight of goal after neat interplay between Shaw and McKenzie but his heavy touch allowed Brynn to gather.

One of two on loan Middlesbrough keepers on the field, Brynn was having a busy afternoon as he rushed out to deny Shaw a second goal before Robinson’s cutback narrowly evaded the waiting Armstrong.

Zach Hemming is the other Boro boy on the field and he made a smart save with his foot 20 seconds into the second half to keep the scores level as Connelly turned in the box.

Instead the home side picked up where they left off and grabbed a second.

Polworth’s cross was headed across goal by Naismith and after the ball hit Robinson, it fell into the path of Shaw, who made no mistake in adding his second of the match.

Perhaps naturally after a hectic week, the tempo of the game dropped off in the closing stages but there was still time for Killie to score two goals.

Firstly Callum Hendry dribbled into the box before dispatching a low drive past Brynn.

And then Hendry turned provider with a wonderfully clever backheel to allow Chris Burke to get in on the act in the final act of the match.