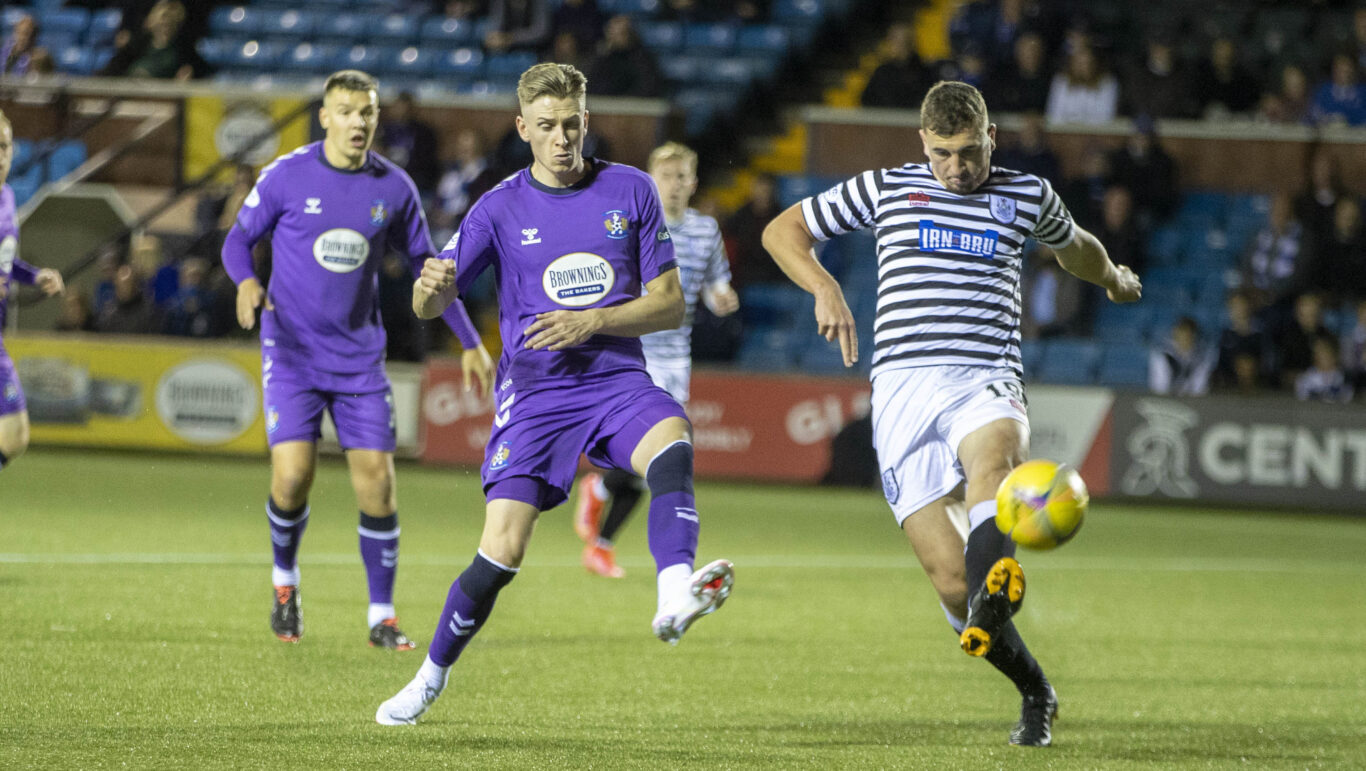 Killie progressed to the Quarter Final of the SPFL Trust Trophy after a 3-1 home win over Queen’s Park under the Rugby Park lights.

Strike duo Oli Shaw and Callum Hendry were on target along with captain Euan Murray as we defeated the Spiders in style.

Charlie McArthur made his Killie debut at the age of 16 and earned the Man of the Match award after impressing in his central defensive role alongside Murray.

At the other end of the age range, Chris Burke continues to shine at the age of 37 and he created the first chance of the match as Callum Hendry’s header was brilliantly saved by Calum Ferrie after just two minutes.

Queen’s Park are an ambitious outfit, boasting many former Premiership players in their ranks and one of those Louis Longridge struck Sam Walker’s crossbar in the opening five minutes.

Burke had an incredible six assists to his name when the sides last met and he was enjoying more space down the Killie right. He opened up space for Lee Hodson, who on his second home debut cut the ball back and while Oli Shaw was denied at the first attempt by Ferrie, he steadied himself and scored from the rebound.

The League 1 leaders were trying their best to play out from the back but the home pairing of Hendry and Shaw were snapping at them with Lyons and McKenzie frequently winning the ball back.

Ferrie was called upon to deny Rory McKenzie from a Stephen McGinn corner as Tommy Wright’s side started to build some pressure before the break.

Instead it was the visitors who came out firing after the interval. Grant Gillespie drove into the box and was clipped by Burke as he advanced on goal with referee Alan Muir pointing to the spot. The former Hamilton midfielder stepped up himself and found the top corner to leave Sam Walker helpless.

Rather than dwell on the setback, there was a near instant response from the hosts. Burke was fouled on the right and this time McGinn’s set play was met perfectly by Euan Murray for his first Kilmarnock goal.

It was only the start as they began to express themselves in attacking sense. Burke swept the ball in from the right and Callum Hendry met it perfectly on the half volley to make it 3-1 and two goals in two Rugby Park appearances.

A raft of substitutions followed as a mixture of close efforts and Ferrie’s goalkeeping stopping Killie from adding to the score.