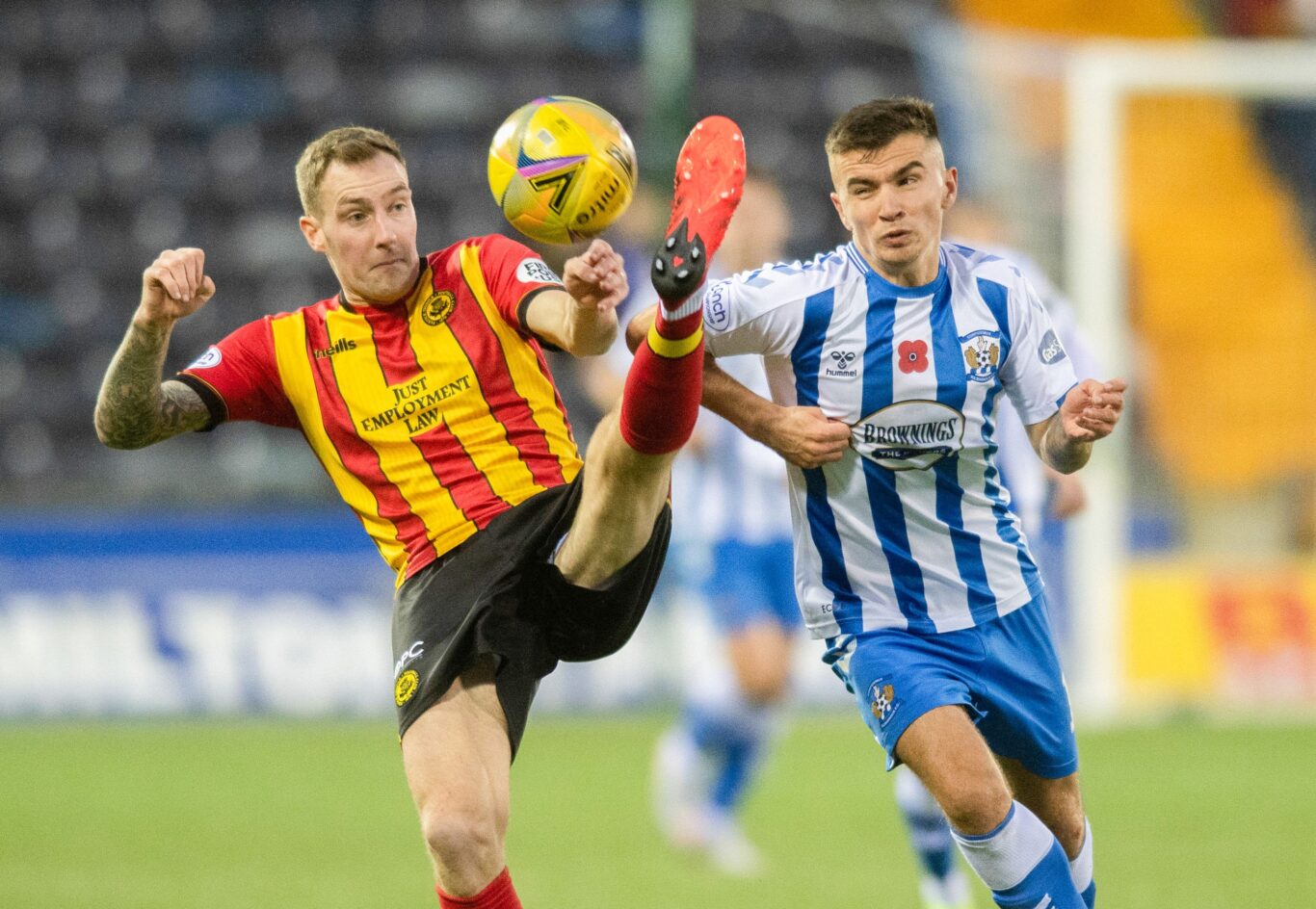 The Thistle striker found the net with a deft finish in the opening minutes of the contest and it proved to be enough with visiting keeper Jamie Sneddon making a fine late save to clinch the victory.

Killie headed into the game on the back of three successive wins while after hitting Hamilton for six in October, Partick Thistle were without a goal in their last three matches.

However they were ahead within three minutes of this contest.

Despite appeals for offside, Zak Rudden moved inside and dinked a finish past Zach Hemming and into the net.

Rudden was at the heart of the action moments later and Calum Waters was shown a yellow card for clipping him outside the box with the away side appealing for a harsher punishment.

The away side continued to look dangerous on the break as Killie’s attacks too often broke down before the final pass could be executed.

The start of the second half was delayed due to an injury to one of the linesmen but when the action resumed, Killie remained frustrated in their attacking play.

Referee Colin Steven, who was a late replacement for Willie Collum after the official called in ill, turned down two big claims for a home spot kick, one for handball and another when Callum Hendry claimed he was pulled down in the area.

Chris Burke, Scott Robinson and Fraser Murray all entered the game as Tommy Wright tried to spark his team into action.

Murray saw a late free kick gathered by Sneddon but there was not enough for Killie to claim a share of the spoils.