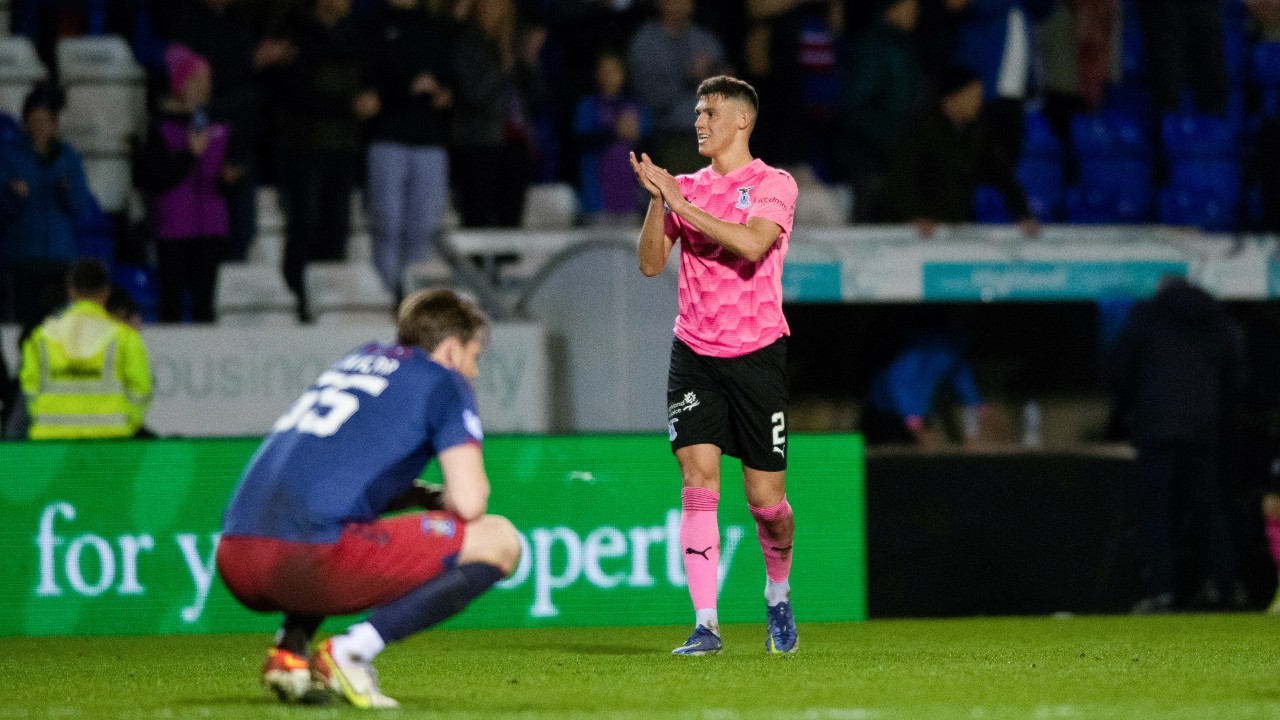 The Championship title race will go down to the penultimate weekend of the season after Killie let a lead slip to go down 2-1 to Inverness in the Highlands.

Ash Taylor’s brilliant lob gave Derek McInnes’ men the lead only for goals from Billy Mckay and Logan Chalmers to give the home side all three points and guarantee them a play-off spot.

Killie could claim the title at home to Abroath next Friday night with Dick Campbell’s men due to host Queen of the South on Saturday.

Killie stuck with the same XI who had performed so well against Dunfermline last weekend with Declan Glass taking Rumarn Burrell’s spot on the bench seeing the only change to the squad.

Kyle Lafferty and Oli Shaw have combined to great effect in recent weeks and the pair thought they had linked up for the opening goal after 10 minutes when Shaw’s pass found Lafferty, who turned the ball home. Celebrations were short lived though as the offside flag had been raised.

Mark Ridgers in the home goal saved well from Dean Campbell and Shaw as Killie continued to create the better of the first half chances with Logan Chalmers shot the closest of Inverness’ early attacks.

Chris Stokes had to be alert to block from Austin Samuels while Shaw saw a header graze the top of the crossbar after Fraser Murray’s delivery.

Murray went close at the start of the second period before Killie gained the lead on the hour mark.

Kirk Broadfoot’s header back didn’t reach his goalkeeper and Ash Taylor showed a great touch to loft the ball over Ridgers.

The magnificent Killie support in the away end were beginning to dream but sadly they would be brought back down to earth soon.

Inverness boss Billy Dodds was looking for a way to get his side back into the match and he found it with his introduction of David Carson and Aaron Doran on 70 minutes.

The pair gave the hosts greater control and they got their equaliser as Billy McKay tapped home as Zach Hemming dived to try and save but with no luck.

Dundee United loan man Chalmers got his goal with eight minutes remaining as Stephen McGinn’s attempted headed clearance found him at the back post and he fired in just inside the post.

Killie tried to find a response but they couldn’t get through this resolute Inverness side.

And so it now comes down to a home match against the Red Lichties or the title race could even go down to the final weekend of the campaign.