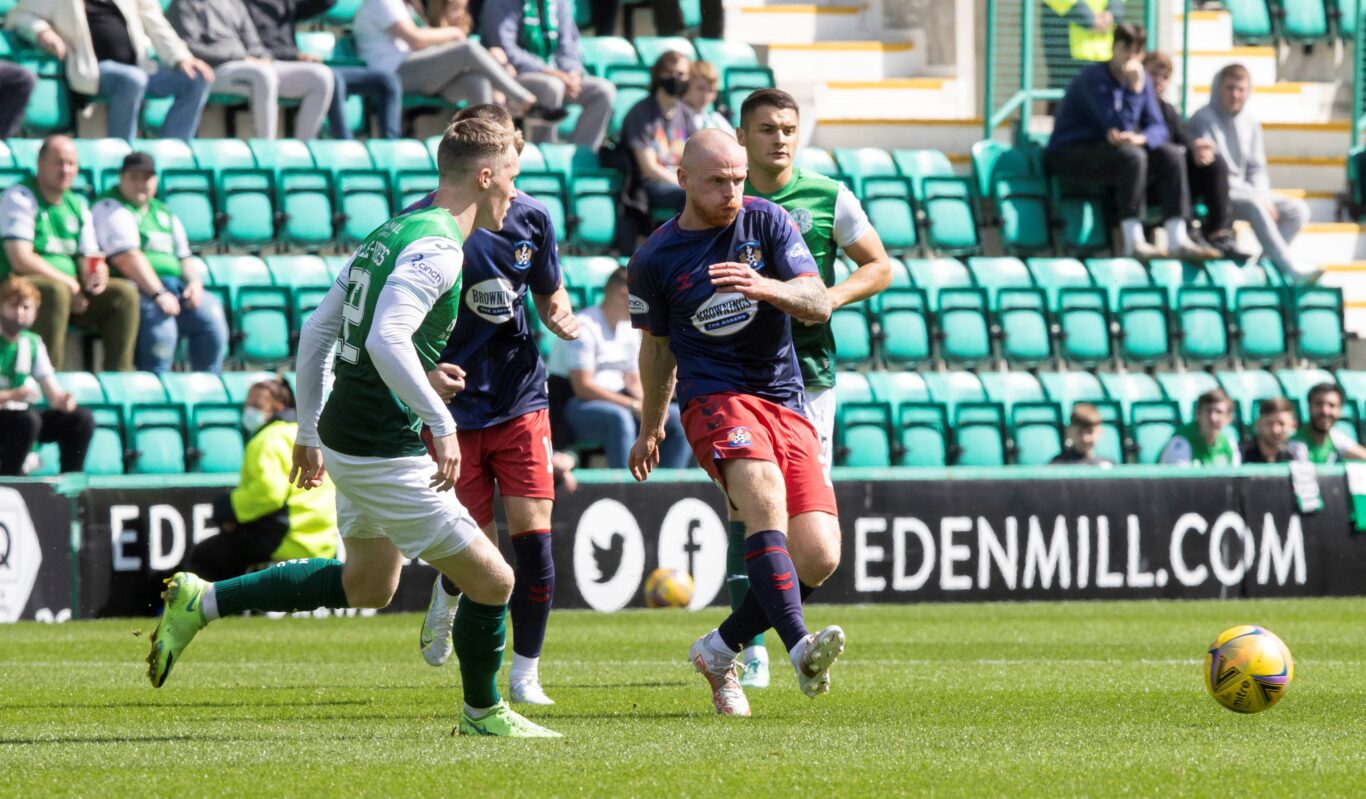 Killie’s Premier Sports Cup campaign came to an end with a 2-0 defeat to Hibernian at Easter Road.

Second-half goals from Kyle Magennis and Kevin Nisbet did the damage as Killie were left to rue two big opportunities in the opening 45 minutes which didn’t find the net.

Despite the cup exit, there were reasons for optimism as this new look Killie side more than matched their top flight opponents for the majority of this compelling contest.

After an encouraging start to the season in the league, Tommy Wright opted to shuffle the pack with four changes for this encounter against Premiership opposition.

With great competition in the goalkeeping position, Sam Walker was selected between the sticks while Dylan McGowan, Rory McKenzie and Scott Robinson came into the side for Stephen McGinn, Fraser Murray and Innes Cameron respectively.

Robinson was presented with the best chance of the opening period after just seven minutes when he latched on to Euan Murray’s raking ball from the back. With Matt Macey reluctant to come off his line, Robinson raced in on goal but he was unable to beat the tall shot stopper from close range.

Hibernian enjoyed time on the ball but the Killie defence were remaining disciplined and holding our shape. Much of their play was focused through wide players Jamie Murphy and Martin Boyle but they were getting little change of our the visiting rearguard.

As the home fans started to get frustrated, it was Killie who went close to the opener after 35 minutes. Liam Polworth caught the ball sweetly but his effort struck the junction of post and crossbar and the ball bounced agonisingly out rather than inside the goal.

Jack Ross would have had some words for his side at the interval and he would have had even more two minutes after the break when Nisbet headed Josh Doig’s cross from the left over the bar from six yards out.

It was only a temporary reprieve as Hibs did convert on 50 minutes as Kevin Nisbet got clear to play in Kyle Magennis, who tapped in his fourth goal in five matches this term.

There was a further blow minutes later as captain Chris Stokes was forced off through injury with the defender having to be helped towards the dugout by our medical team. Stephen McGinn came into the action to add some composure to the centre of the park as Dylan McGowan dropped in at centre back.

Liam Polworth stung the palms of Macey while at the other end Walker was forced into action to deny Nisbet.

The Scotland forward would get his goal on 72 minutes as he played to whistle and directed his header backwards and into the corner of the net past Walker.

Dan Armstrong, Innes Cameron and Brad Lyons were introduced in the closing stages to try and find a way back in while Jack Ross’ men played with increased freedom.

There was no further score as Killie turn our attentions back to league business as we head to Hamilton on Saturday.