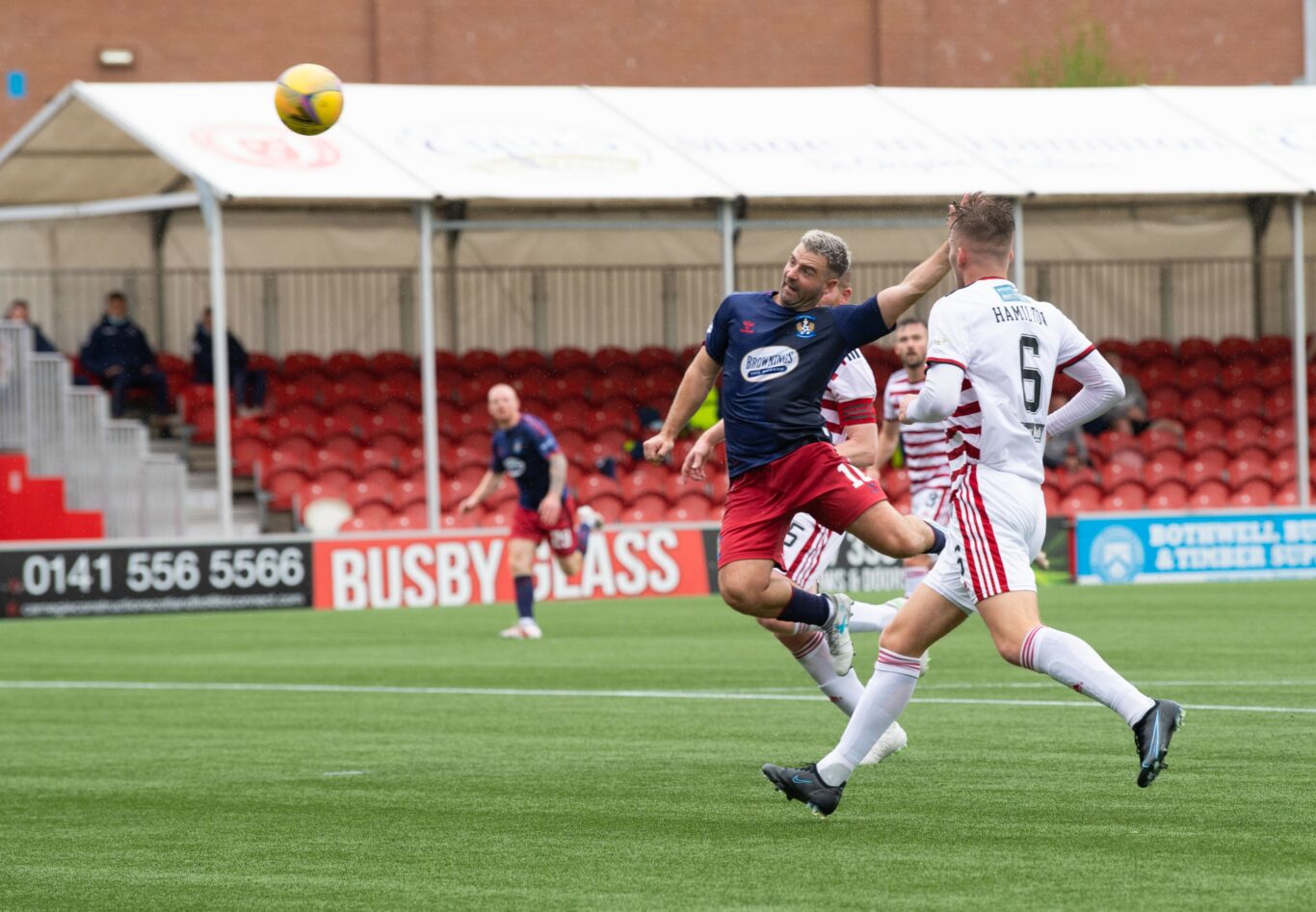 Scott Robinson struck twice as Killie broke down a determined Hamilton side with a 2-0 victory.

Leading the attack, our number 10 came good with a header and fine strikee within nine second-half minutes to continue our 100% start to the cinch Championship campaign.

Tommy Wright stuck with the majority of the side which had performed well against Hibernian last weekend with Zach Hemming returning in goal while Stephen McGinn was back in midfield with Dylan McGowan replacing injured captain Chris Stokes at the heart of the defence.

Fresh from a call up to the Scotland U17s squad, there was a place on the bench for Charlie McArthur after Jack Sanders picked up a late knock.

Applauded on to the field by a healthy Killie support behind the goal, the visiting side forced an early flurry of chances with Scott Robinson and Blair Alston all going close with efforts while Dylan McGowan headed narrowly wide from Polworth’s cross.

In a stop start contest, the hosts’ first attempt at testing Zach Hemming came through a strike from Josh Mullin on the right of the box and the Killie keeper confidently pushed the ball to safety.

Robinson’s link up play continued to bamboozle the home defensive pairing of Brian Easton and Jamie Hamilton and it took last-ditch blocks to deny the attacker and McKenzie from making the important breakthrough before the break.

Hamilton started the second half well and it took an important save by Zach Hemming to keep the scores level as the hosts were left to rue the missed opportunity.

The lead arrived on the hour mark through a moment of real quality.

Brandon Haunstrup pushed up the field and controlled the ball well before producing a wonderful cross on the half volley and the leaping Scott Robinson met it wonderfully to direct his header past Fulton and into the net.

It was 2-0 after 69 minutes thanks to a fine counter attack.

Clever wing play saw Burke use his body before breaking down the wing. He played the pass to Polworth who had a two on two and his pass found Scott Robinson, who showed composure before shifting the ball and curling his shot into the corner of the net.