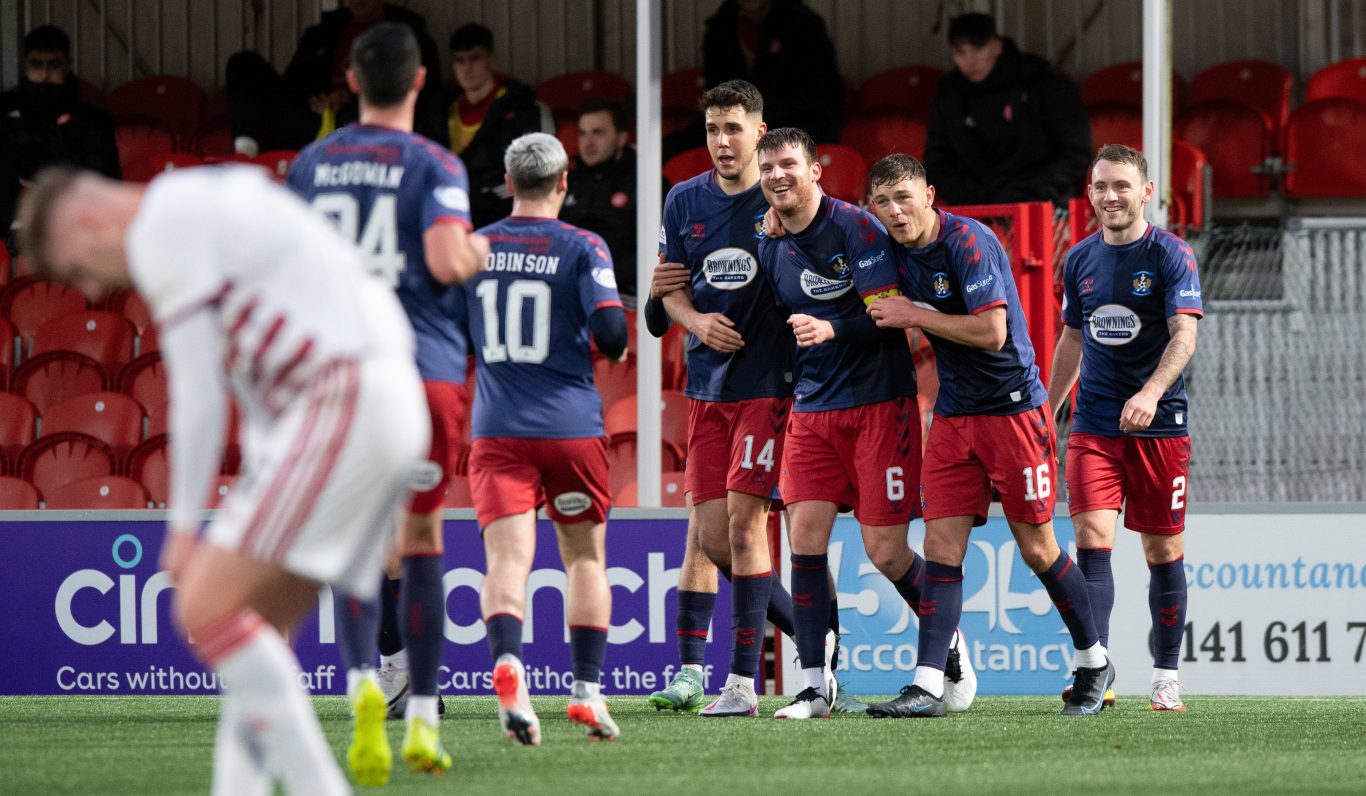 Hamilton and Killie fans were put through an emotional rollercoaster as life after Tommy Wright begain with a 3-2 victory for Killie at New Douglas Park.

Goals from Callum Hendry, Chris Stokes and Fraser Murray only tell a fraction of the story of this 90 minutes, which featured three penalty kicks and a red card.

The tone for this wacky contest was set with two goals inside the opening six minutes.

Ronan Hughes opened the scoring for the hosts after Killie failed to properly clear a cross from the left but the lead only lasted three minutes as Lee Hodson’s blocked cross saw the officials award a penalty to Killie, which Callum Hendry converted.

Referee John Beaton was not proving to be a popular figure amongst the home fans as the match was broken up with a series of fouls.

Scott Robinson passed up a decent opportunity before Hilton denied Hendry a second goal with a fine fingertip save.

Killie took the lead after 35 minutes and it was one to remember from the skipper. Chris Stokes is mainly known for his defending but he found space on the edge of the box before curling the ball into the corner of the net to leave Hilton helpless.

In an open contest, Killie were finding space to test the home defence and it was little shock that there would be more goals in the second period.

Great tenacity from Scott Robinson won the ball back down the left and after robbing Jamie Hamilton of the ball, Brandon Haunstrup was able to square for Fraser Murray to slot home.

Only one minute had passed from extending the score until Hamilton had a chance to pull one back due to handball.

However Zach Hemming dived to stop Andy Ryan’s effort and push the ball out for a corner.

Hamilton were awarded a second penalty on the hour mark after Ronan Hughes was tripped by Stephen McGinn. Again Hemming was the hero as he dived to save David Moyo’s attempt.

The big incidents continued and there was still time for a red card.

Zach Hemming was ruled to have fouled Andy Ryan when coming out to clear the ball and the referee dished out his marching orders.

Any thoughts of a comfortable end to the afternoon were ended as Josh Mullin stepped up to curl in a free kick to reduce the gap to 2-3.

With a numerical advantage, Hamilton poured forward in search of an equaliser and they almost got it as Andy Ryan found space in the box but Sam Walker stood tall and blocked the effort and with it, secured a vital three points for Killie.