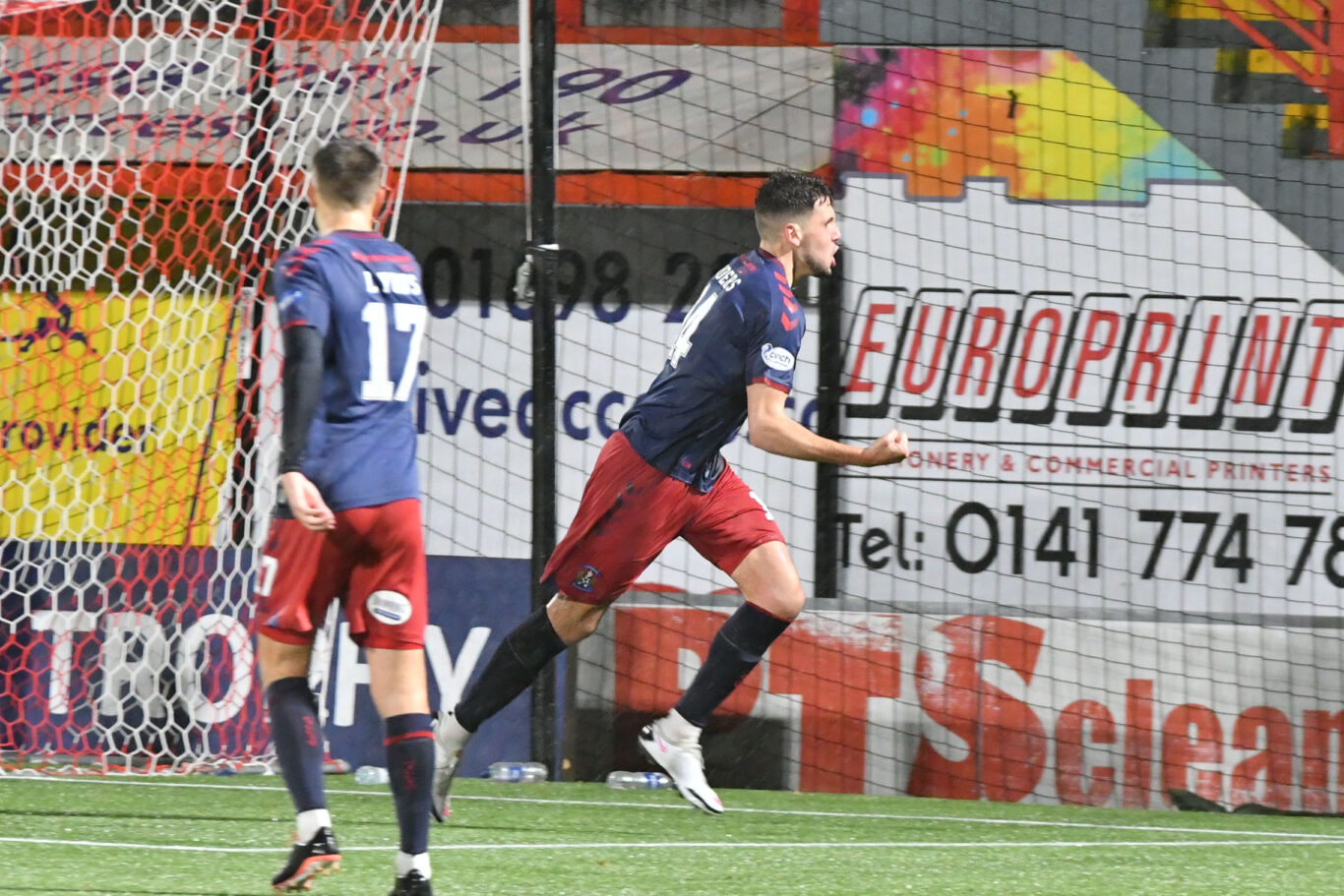 An injury-time winner completed an incredible comeback as Kilmarnock fought back with two late goals to defeat Hamilton 3-2 and earn a place in the SPFL Trust Trophy semi-finals.

Dan Armstrong’s opener was cancelled out by David Moyo’s header and an Andy Ryan penalty as Accies looked set for a last four slot.

But Jack Sanders headed home an 89th minute equaliser before appearing to get the final touch to cap a remarkable fightback and set up a semi-final with Raith Rovers.

Sam Walker was the only survivor from Saturday’s Scottish Cup win with Tommy Wright taking the opportunity to use many of the options available to him in the squad.

It meant captain Chris Stokes made his long awaited return from a hamstring injury while Charlie McArthur, who enjoyed such an impressive debut against Queen’s Park in the last round, were part of a defensive three with Jack Sanders with Brandon Haunstrup and Fraser Murray employed as wing backs.

Rumarn Burrell was Killie’s main threat in the opening stages, finding space in the wide areas and drifting into dangerous positions.

On a wet and slick surface, the challenges were flying in with Virtanen and Stirling both booked for slide challenges on Sanders and Armstrong respectively.

Hamilton’s best chance of the half came from a set play as David Moyo misjudged the bounce of a corner and scooped the ball well over the bar from close range.

The breakthrough came eight minutes after the restart as Fraser Murray’s cross from the right found Armstrong at the near post and he applied the final touch past Hilton in front of the Killie faithful.

However Accies drew themselves level on 67 minutes as David Moyo got on the end of a cross from the left wing to glance the ball into the corner of the net.

Stuart Taylor’s men then went in front as Chris Stokes was harshly judged to have fouled Moyo from a corner and Andy Ryan slammed his spot kick in off the bar.

Steven Warnock was one of four substitutes brought on in a frantic second half and he made a telling contribution with some wicked set piece deliveries.

With Killie’s cup hopes hanging in the balance, one of those corners was flicked into the path of Sanders, who made no mistake to net his first Killie goal.

And more was to come as Tommy Wright’s men continued to power forward and another corner was bundled into the net to send everyone in blue and white wild with the final act of the match.