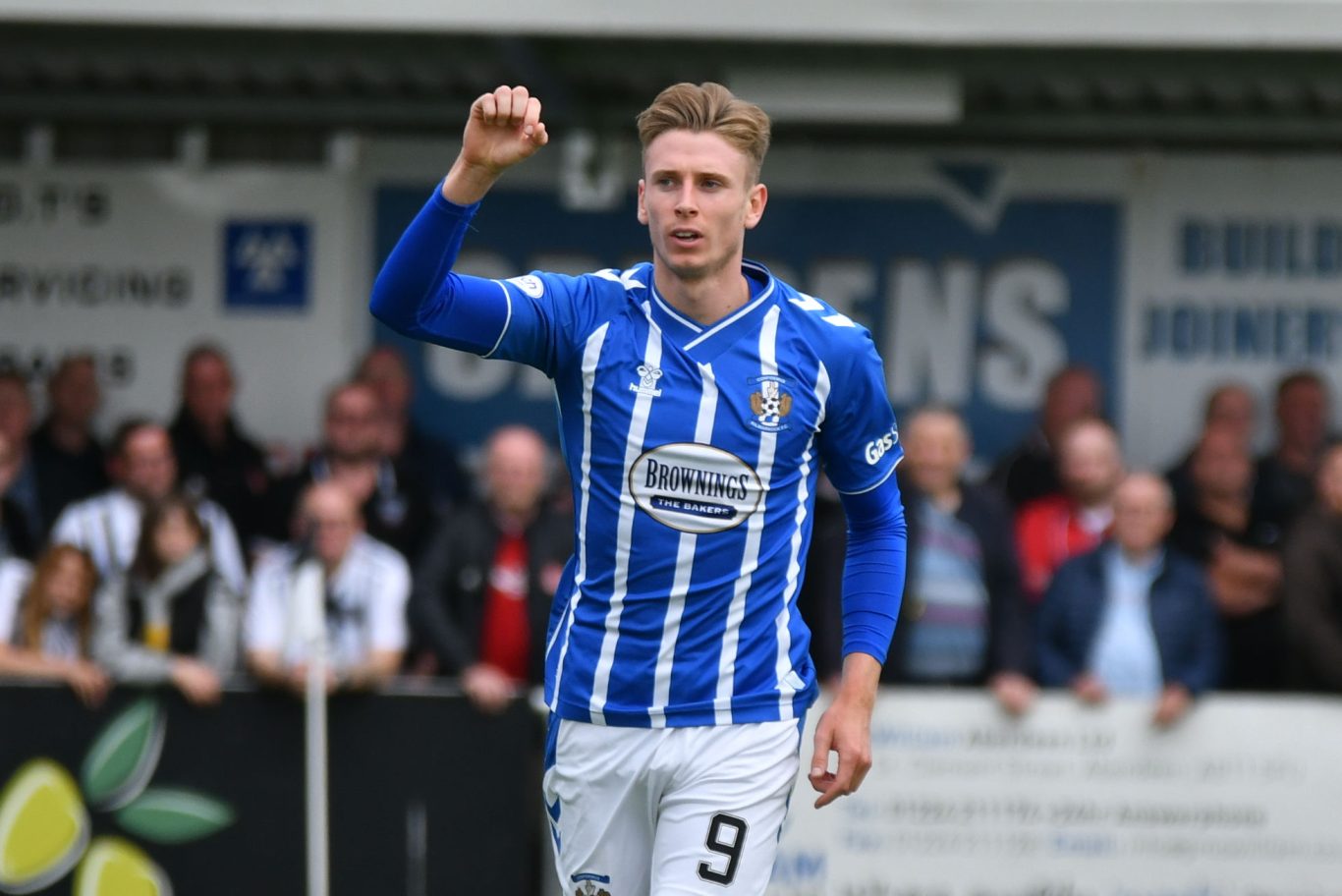 Derek McInnes has stressed the importance of treating these group matches with respect and that was reflected in how his team went about their business against the Highland League champions.

Oli Shaw and Kyle Lafferty started in attack and the pair combined in the opening three minutes only to see home goalkeeper Paul Leask pull off a good save.

There was nothing Leask could do after six minutes as Shaw lofted his header over the shot stopper to open his account for the campaign, following a good ball in from the right flank.

And it was 2-0 after 16 minutes when Lafferty was fouled by Bryan Hay and Fraser Murray stepped up to curl the free kick into the corner of the net to the delight of the travelling fans from Ayrshire.

Murray almost turned provider after dashing down the left but his ball to the back post caught Danny Armstrong on the stretch and his effort didn’t have enough power to sneak in.

With Killie enjoying complete control of the ball it was little surprise that further chances would fall our way.

Rory McKenzie clipped a lovely through ball into Lafferty’s path to send him one-on-one with Leask but the goalkeeper was up to the task to keep the score at 2-0 at the break.

The home side had nothing to lose in the second period and their more direct play started to cause Killie some problems.

After an initial free kick remained in the box, it fell kindly to Sean Butcher to finish to make it 2-1.

An nerves from the away support were quickly calmed as Dan Armstrong crossed for Kyle Lafferty to head into the net to restore our two-goal advantage.

Fraser Murray could have added to his tally for the day but he scooped the ball over after hitting the post.

Liam Donnelly came on for his Killie debut in the closing stages after signing from Motherwell earlier in the week and the match played out as McInnes’ men made a winning start to Group B.