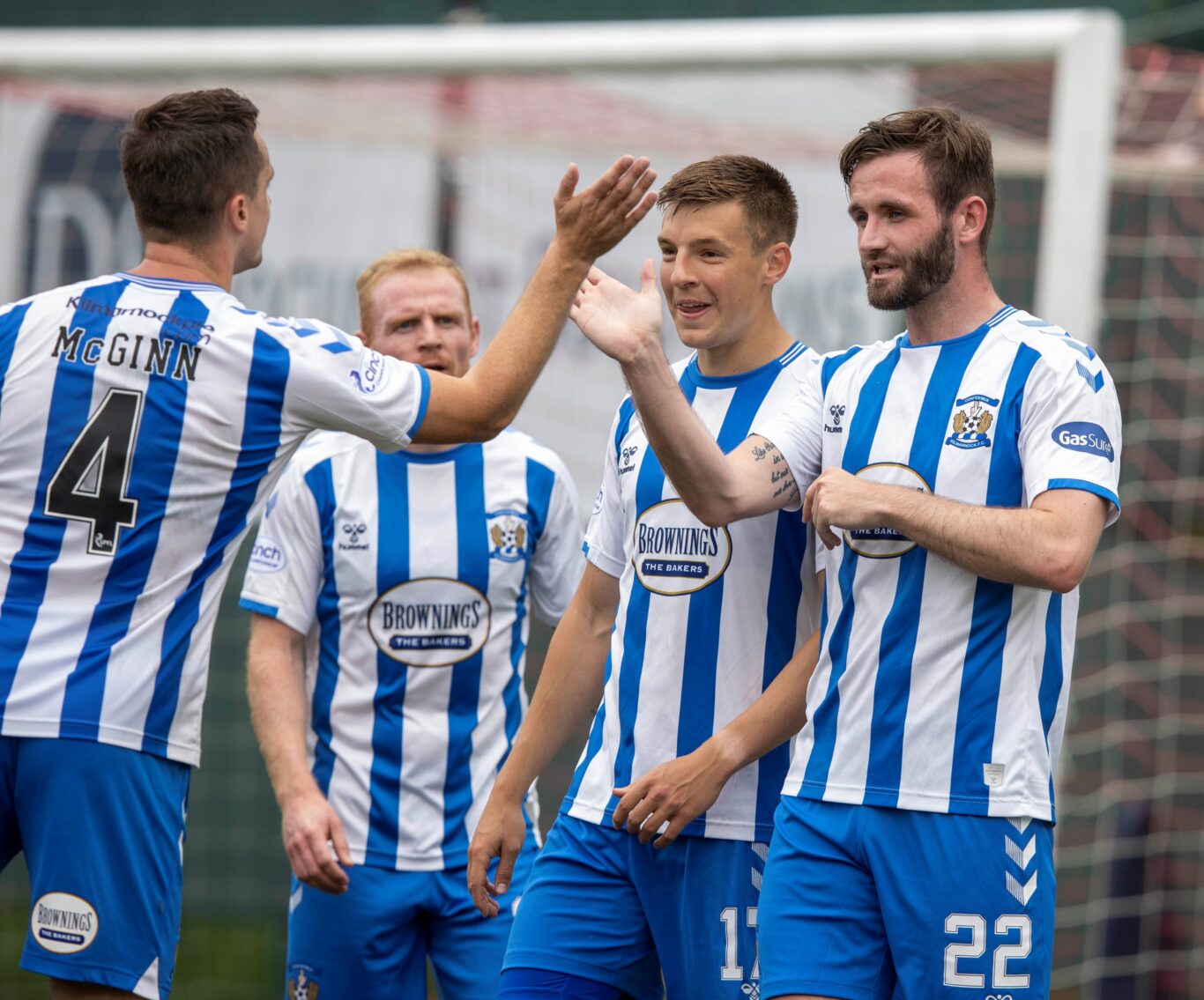 Eight of our new summer signings were named in the starting XI with Blair Alston making his first appearance in Killie colours having missed our friendly matches in Northern Ireland.

Chris Burke and Innes Cameron both went close in the early stages only for fromer Killie keeper Conor Brennan to thwart their efforts.

Fraser Murray was deployed on the left of midfield and he got the better of Jamie Stevenson but the Killie attacker couldn’t direct his effort on target.

Killie continued to pile on the pressure as Cameron’s header thundered back off the bar from Burke’s corner while the winger combined with Naismith down the right wing with the defender’s ball narrowly evading both Cameron and Fraser Murray.

Despite being a mere spectator for much of the opening 45 minutes, goalkeeper Zach Hemming showed he remained alert to push Neil McLaughlin’s strike round the post as went in level at the break.

Tommy Wright’s half time words of wisdom had the desired impact as we took the lead three minutes after the restart.

After recovering possession in the middle of the field, Fraser Murray was unleashed down the left and he drove towards the box before placing his finish into the corner of the net.

Murray was denied a second with a goal line clearance but from the resulting corner Jason Naismith followed up to head home the rebound from Murray’s corner.

Substitute Dan Armstrong came close to a third only to see his attempt hit the junction of post and crossbar.