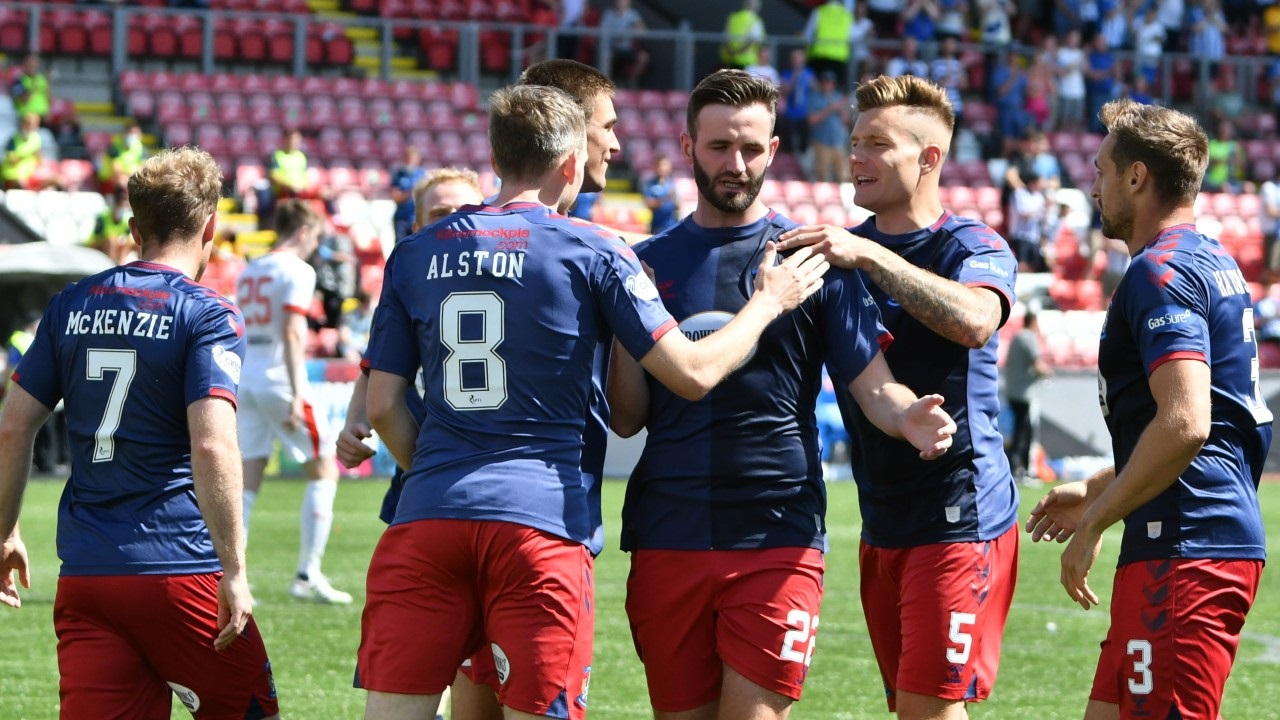 An early blitz at Broadwood saw Killie run out 2-1 winners against Clyde thanks to goals from Blair Alston and Innes Cameron.

Tommy Wright made three changes to the team which started last week’s Premier  Sports Cup opener with Sam Walker in goal in place of Zach Hemming while Jack Sanders and Brad Lyons dropping out for Chris Stokes and Rory McKenzie respectively.

Blair Alston got the match underway and seconds later he had the ball in the net, staying alert in the box when Haunstrup’s cross from the left wasn’t fully cleared with the midfielder on hand to sweep home.

Mark Docherty was enduring a torrid afternoon trying to keep up with Chris Burke’s wing play on the right with Killie attacking down the flank whenever possible.

Combination play down that side saw McKenzie try to advance inside the box but the ball was handled by Mark Docherty and referee Greg Aitken duly pointed to the penalty spot.

Innes Cameron stepped up and confidently placed the ball into the net to double our advantage before the 20 minute mark.

The striker could have had his second of the game right before the break but David Mitchell in the Clyde goal produced a fine save before reacting to deny Chris Burke’s curling effort on the rebound.

Nice interplay through the centre of the park saw McKenzie burst through but Mitchell once again halted the Killie attack.

Out of nowhere, the home side had a way back into the game after 56 minutes. Blair Alston was judged to have brought down a Clyde attacker in the box and Ally Love stepped up to beat Sam Walker.

Mitchell was the main man for the hosts once more as he denied Alston on the volley with twenty minutes remaining.

Haunstrup had one final chance to extend the score but his effort lacked the power to beat the Clyde goalkeeper.