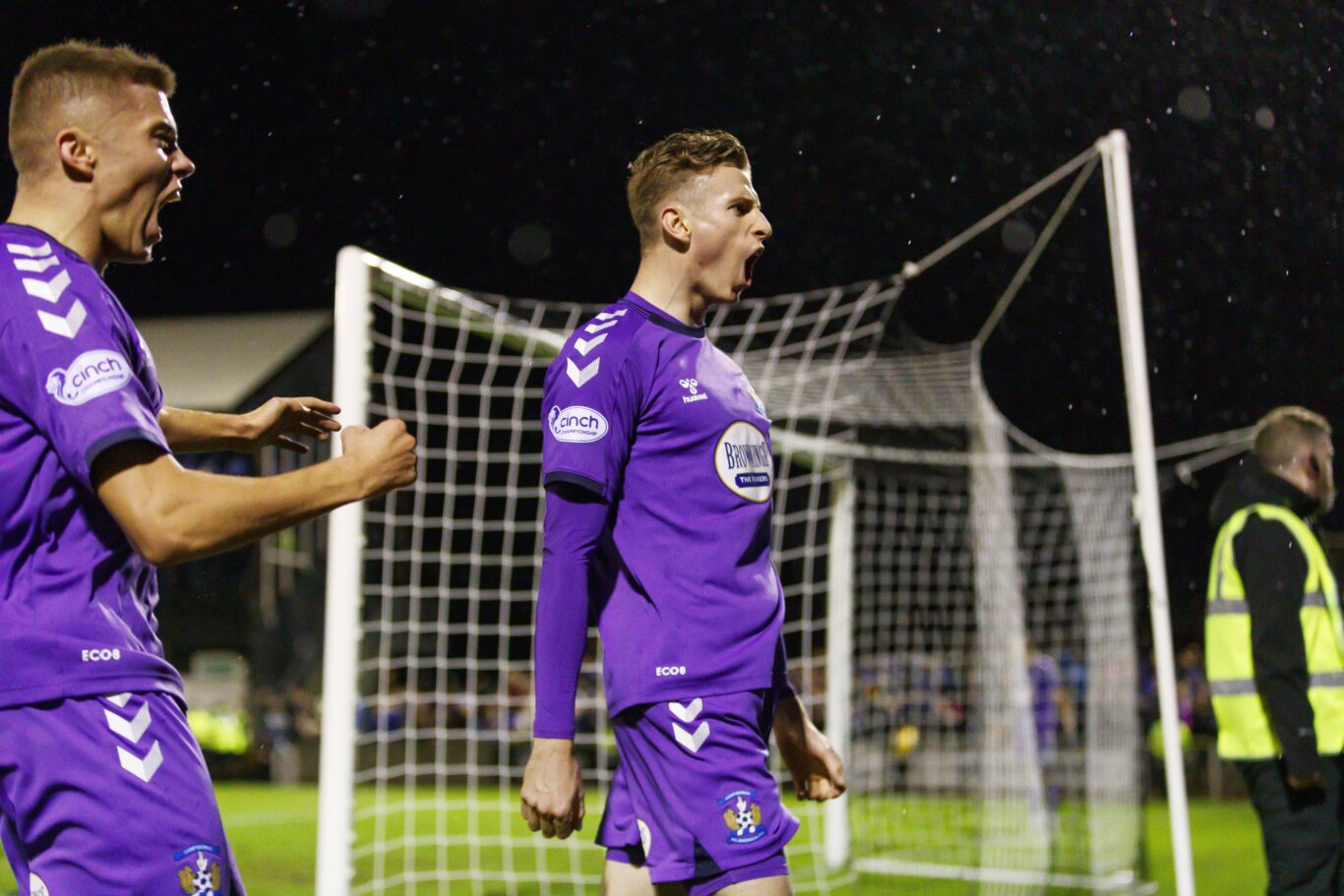 Oli Shaw’s last-minute penalty gave Killie a first away league victory at Somerset since 1993 and saw Tommy Wright’s side go top of the cinch Championship table.

The striker showed composure to finish from 12 yards to secure a 1-0 triumph to spark bedlam in the away end as 3,000 Killie fans celebrated.

Dan Armstrong was rewarded for his weekend winner with a starting spot, one of three changes to the XI with Rory McKenzie and Liam Polworth also in for Chris Burke and Stephen McGinn.

In wet and wild conditions in South Ayrshire, Oli Shaw had the first attempt of the match, testing Aidan McAdams with a swerving strike from distance.

Zach Hemming had to look smart to tip a header over his crossbar after 20 minutes as the home crowd encouraged their men forward when possible.

Jason Naismith forced McAdams into a save at the back post while Rory McKenzie drove forward from midfield as the Ayr stopper again held the ball comfortably and as he held on, Blair Alston dropped to the turf and had to be replaced by Stephen McGinn in the heart of midfield.

The conditions continued to get worse as both sides tried to find the opening but Callum Hendry’s low attempt on the wet turf was well grasped by McAdams.

The Ayr number one was doing well to stop anything the visitors could throw at him, palming away a Calum Waters strike at the back post.

As the match continued to be tightly contested, it seemed as if it was heading for a 0-0 draw before a late intervention.

Substitute Fraser Murray broke on the counter attack and his strong run took him into the penalty area before his cut back led to a Killie attacker being brought down in the box.

Referee Nick Walsh pointed to the spot and Oli Shaw stepped up to fire home to the delight of the Super Killie Away fans.