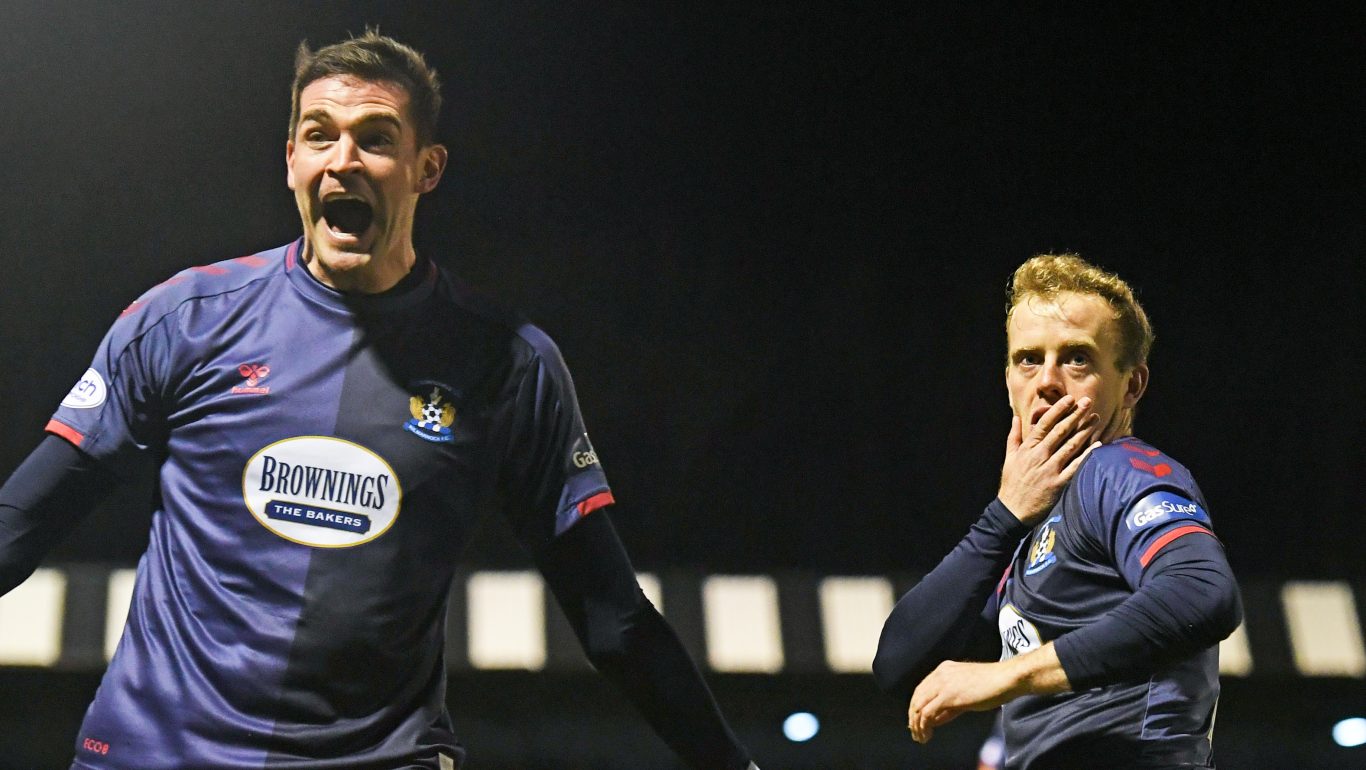 A blistering start saw Killie run out comfortable winners in the Ayrshire Derby as we won 3-1 at Somerset.

Goals from Rory McKenzie, Oli Shaw and Jack Sanders had Killie cruising in an incredible opening 20 minutes as Derek McInnes’ men blew the hosts away.

Kerr McInroy pulled one back for Ayr but Killie were able to hold what they had gained to move top of the Championship table before Saturday’s fixtures.

Kyle Lafferty returned to the starting line up and he was involved in the opening goal as he flicked the ball on to Fraser Murray. The midfielder slipped a perfectly weighted ball into McKenzie’s path and he made no mistake to guide the ball in at the near post.

Killie’s set play routines were causing the home side all sorts of bother with corners bringing about goals two and three.

Murray’s delivery after 12 minutes found Lafferty and he flicked the ball to the back post where Oli Shaw was lurking to volley home from close range.

Sanders headed in our third as he angled his effort in off the same post with McAdams helpless.

That goal sparked Lee Bullen into action with Ben Dempsey and Markus Fjortoft into the action after only 20 minutes but that latter change would backfire.

Fjortoft was caught under a flicked ball by Sanders and as Oli Shaw prepared to go one-on-one with the Ayr goalkeeper, the substitute pulled his shirt back and earned a straight red card.

Ayr did pull one back on 38 minutes as Stephen McGinn’s loose pass was picked up by Kerr McInroy, who sent a fine left-footed drive in at Zach Hemming’s post.

Oli Shaw showed his pace ten minutes into the second half but couldn’t find the target as Killie largely played on the counter attack in the second period.

McInroy flashed another fine effort just past the post but it was as close as the home side came as their numerical disadvantage told.

Ash Taylor, Brad Lyons and Chris Burke were introduced as subs and their experience helped settle any nerves as the match was played to comfortable conclusion as the 3,000 Super Killie Away fans showed their appreciation for the team.