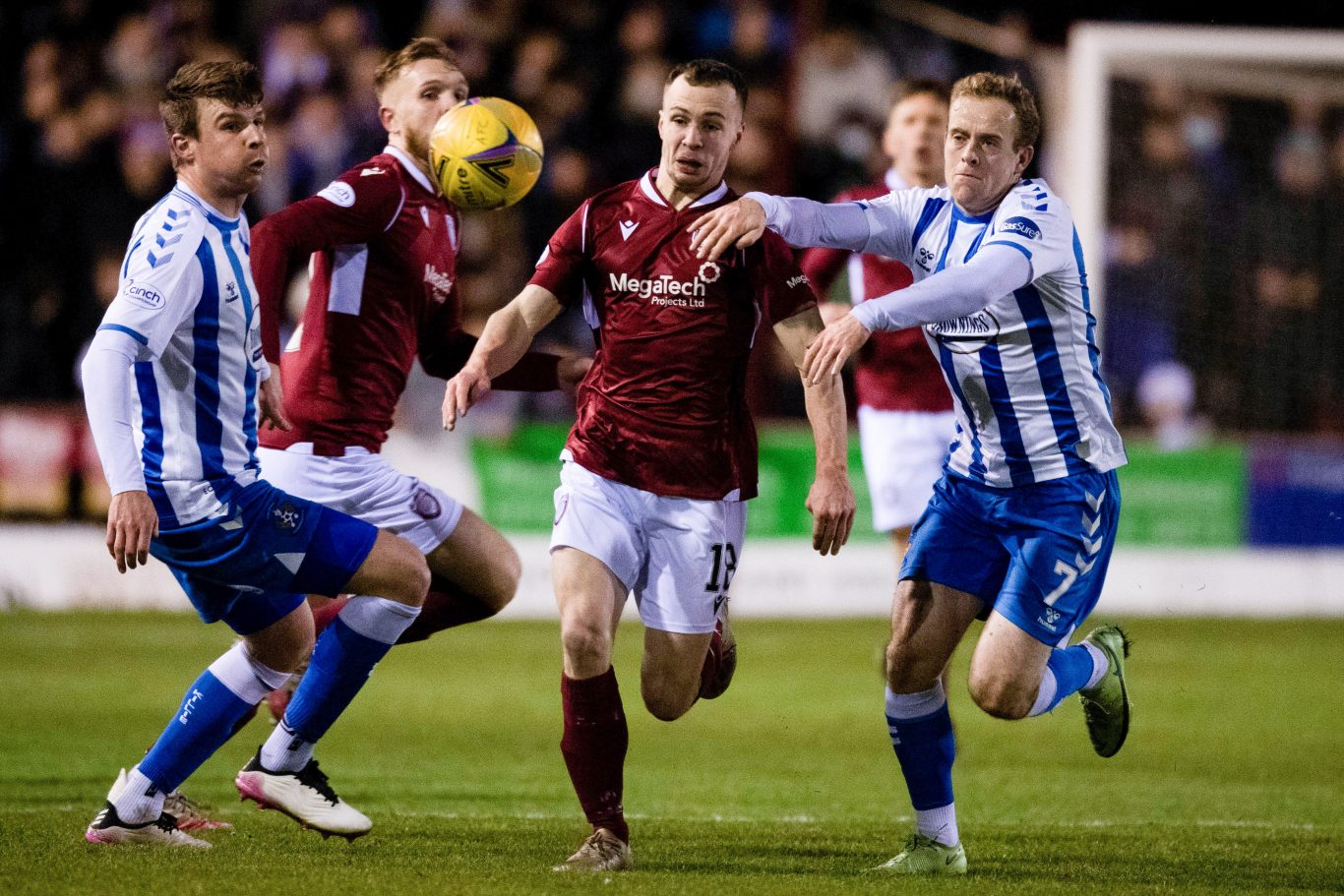 Killie missed out on the chance to go top of the cinch Championship as league leaders Arbroath extended their advantage to four points.

A Jack Hamilton goal following a rare goalkeeping slip by Zach Hemming proved to be the winner after Killie gave up possession of the ball in midfield.

New signing Dean Campbell was handed a Killie debut while Jason Naismith and captain Chris Stokes returned to the defence.

Neither side were able to play sparkling football with the wind making conditions difficult for both sides. In a scrappy encounter filled with free kicks ensured neither side found any real tempo.

When Killie did get it down, there was danger. Fraser Murray and Rory McKenzie combined to set up Dan MacKay and just as it looked as though Gaston had spilled the shot into McKenzie’s path, he gathered once more right in time to deny the onrushing Killie attacker.

Campbell was finding out all about life in the Championship with both Scott Stewart and Nicky Low going into the book for fouls on him.

Arbroath got the goal they were searching for after 56 minutes when they nicked the ball from Dylan Tait and Hamilton’s strike from outside the area squirmed through Hemming’s grasp as the goalkeeper could only look on in anguish.

It gave the home side something to hold on to with Derek McInnes responding with a triple substitution with Chris Burke, Oli Shaw and new arrival Declan Glass coming off the bench for Haunstrup, Tait and MacKay respectively.

Amidst the turnover of possession, Fraser Murray provided an outlet on the left flank and one such cross found McKenzie making a darting run to the front post. His effort was saved by the feet of Gaston and Lafferty couldn’t turn in the rebound with the ball behind him.

Ash Taylor picked up a knock in the final ten minutes and was forced off with Euan Murray taking his place before Killie were handed a glimmer of hope when home midfielder James Craigen saw red for a crude lunge on McKenzie.

Arbroath were able to clear the remaining few crosses aimed into their penalty area to spark scenes of celebration amongst the Red Lichties crowd as Killie supporters were left to reflect on a disappointing edition of Friday Night Football.

While it was a triumphant night for Dick Campbell’s men, Killie’s attention must now turn to Wednesday’s home derby against Ayr United.