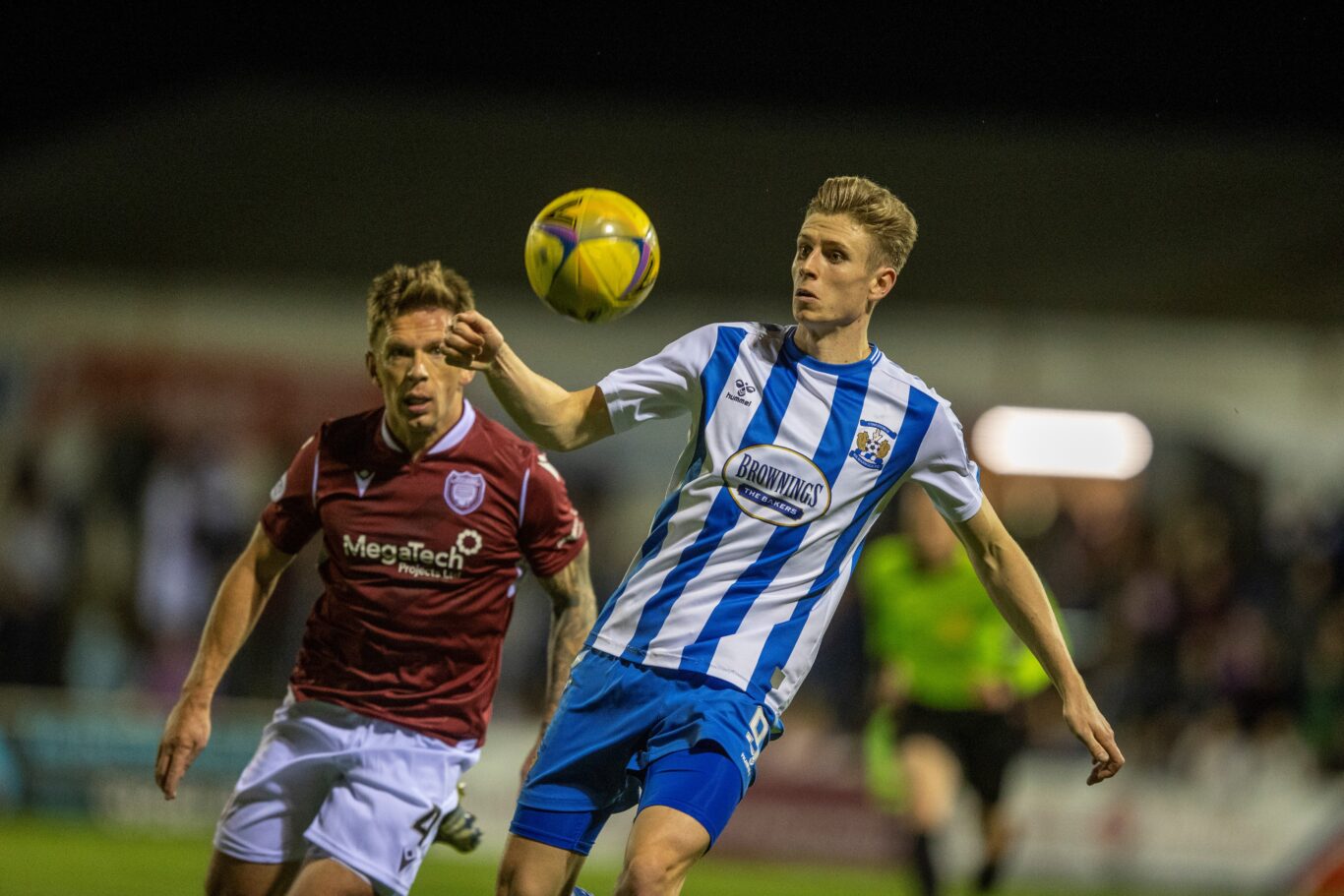 Killie survived a tough test of their promotion aspirations as they claimed a 0-0 draw at Gayfield to take us top of the Championship table.

In a game of few chances, it was the home side’s Joel Nouble who was named Man of the Match after giving Killie defenders Euan Murray and Dylan McGowan a difficult evening but they emerged from a windy venue with another clean sheet.

Goalkeeper Zach Hemming was on form once more to ensure that was the case with the on loan Middlesbrough man making a series of fine saves.

Nouble hit the post in the opening ten minutes in the finest chance of the match with Killie’s best opportunity coming when Oli Shaw’s low strike was saved by Derek Gaston.

There was just a single change to the starting XI with Brad Lyons in for Stephen McGinn at the base of the midfield.

Joel Nouble was causing the Killie defence plenty of problems in the early stages, seeing one shot bounce off the inside of the post and come back out while another effort was well saved by Zach Hemming’s foot.

Both Dylan McGowan and Euan Murray were battling manfully against Nouble’s mix of skill and clever positional play as well as his physical presence with Tommy Wright encouraging his men on from the touchline.

Derek Gaston in the home goal had to move smartly to snuff out Oli Shaw while the Killie number nine headed wide from a Rory McKenzie free kick from the right.

Hemming had to react quickly to block from a Hamilton shot as the Killie boss rang the changes after 68 minutes with Stephen McGinn and Innes Cameron introduced into the action.

In a match of few opportunities for Killie, Gaston had to move quickly to block Shaw’s low shot but despite a late push from a corner, we couldn’t find the goal and had to return to Ayrshire with a draw.