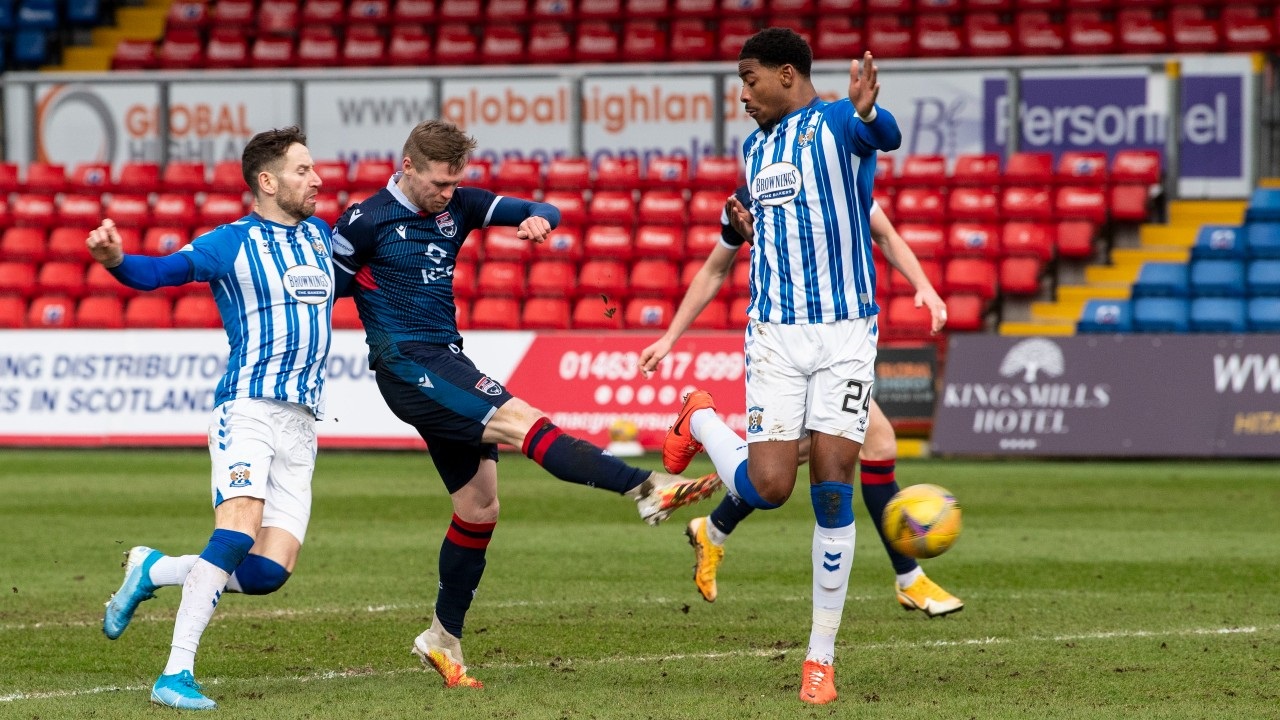 A nightmare start to the second half saw Killie go down 3-2 to Ross County in Dingwall.

Kyle Lafferty opened his account for Killie, reacting quickly to find the corner of the net after 18 minutes but a double from Billy Mckay and a strike from Leo Hjelde saw the Staggies claim all three points.

Tommy Wright kept faith the same starting XI from last weekend’s draw with Dundee United and Killie made a good start when Lafferty fired in the opener.

However the hosts were given a way back into the match when a corner wasn’t fully cleared and Mckay was left unmarked in the six yard box to tap home.

A double change at the interval saw Aaron McGowan and Nicke Kabamba replace Rory McKenzie and Mitch Pinnock respectively but before they could settle into the match the visitors were hit with two knockout blows.

A break up the pitch saw County substitute Leo Hjelde find time and space to steady himself before beating Doyle on the angle.

County extended their lead minutes later as a bouncing ball was controlled by Mckay and he dispatched the finish beyond the Killie keeper for two goals in as many minutes.

Killie were handed a lifeline when Keith Watson pulled Kiltie down in the box and Lafferty dispatched the spot kick with power to make it 3-2 with 13 minutes remaining.

Despite pushing hard for an equaliser it was not to be as Ross Millen was shown a second yellow card just before the final whistle ws blown as County held on.