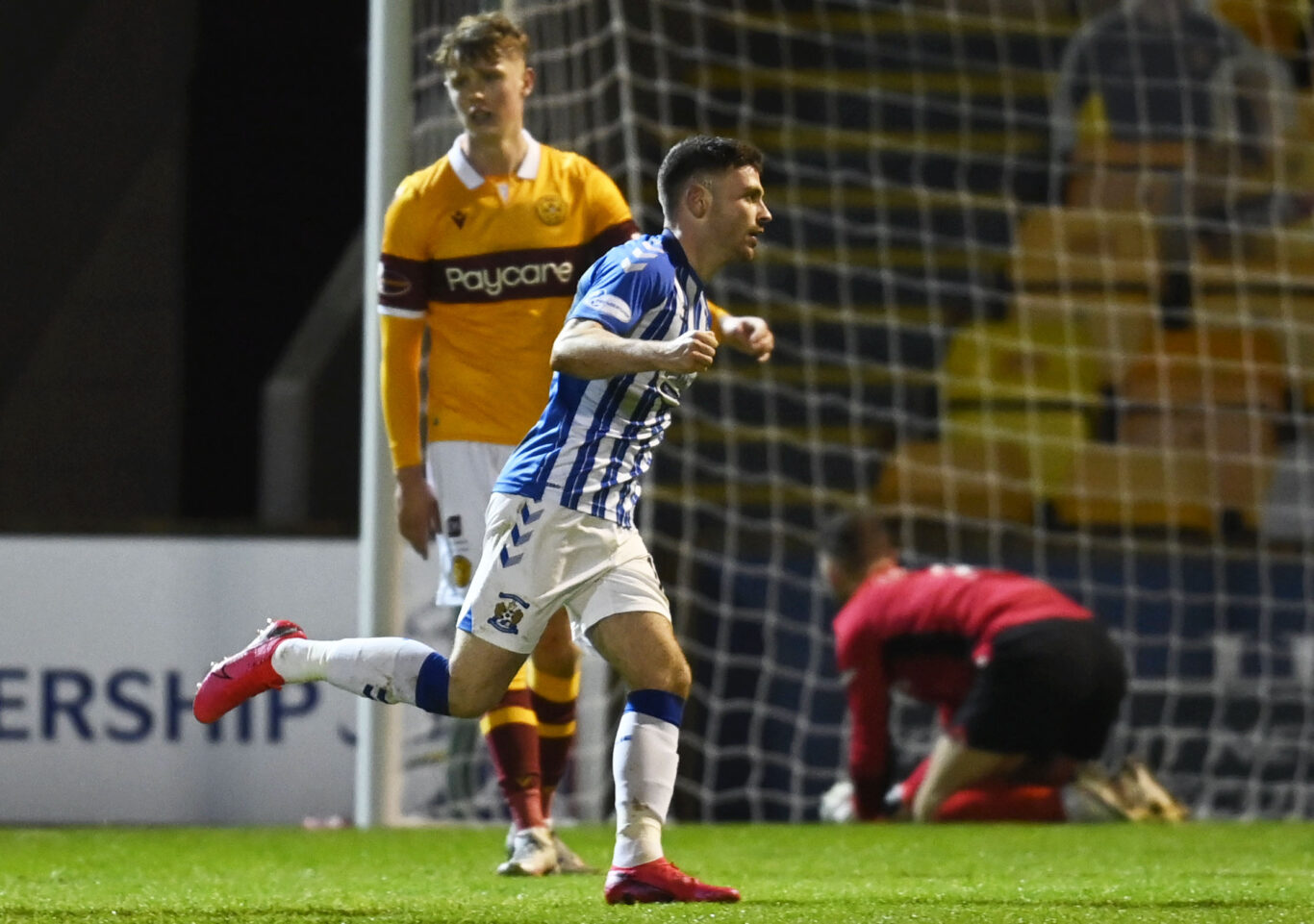 With both sides in desperate need of a morale-boosting victory, Alex Dyer made three changes to his Killie side with Danny Whitehall selected in attack while Greg Kiltie and Mitch Pinnock returned to the starting XI.

All three would play a part in the opening goal but before then, Killie had some defending to do with both Tony Watt and Devante Cole going close for the hosts.

After a scrappy contest, Killie took the lead on 41 minutes after some neat interplay down the left with the ball flicked to Kiltie, who steered a lovely, crisp shot which skidded off the frosty surface and wrongfooted Trevor Carson in the home goal.

Killie kept up the pressure early in the second period and they got their rewards when Whitehall turned Mark O’Hara and the former Killie man hauled the striker to the ground and duly received a straight red card.

Whitehall dusted himself down and slammed a ferocious penalty straight down the middle.

Motherwell responded with a triple change including a switch in goal with Carson forced off with a knee injury to be replace by Aaron Chapman.

The ‘Well keeper nearly cost his side after failing to gather a cross with Kirk Broadfoot’s header bouncing off the bar while Aaron Tshibola should have added a third only to fire straight at the sub shot stopper.

Calum Waters had to come off for Killie as the manager rang the changes in the closing stages but despite some promising breakaways, there were no further goals as 2020 came to a positive conclusion.