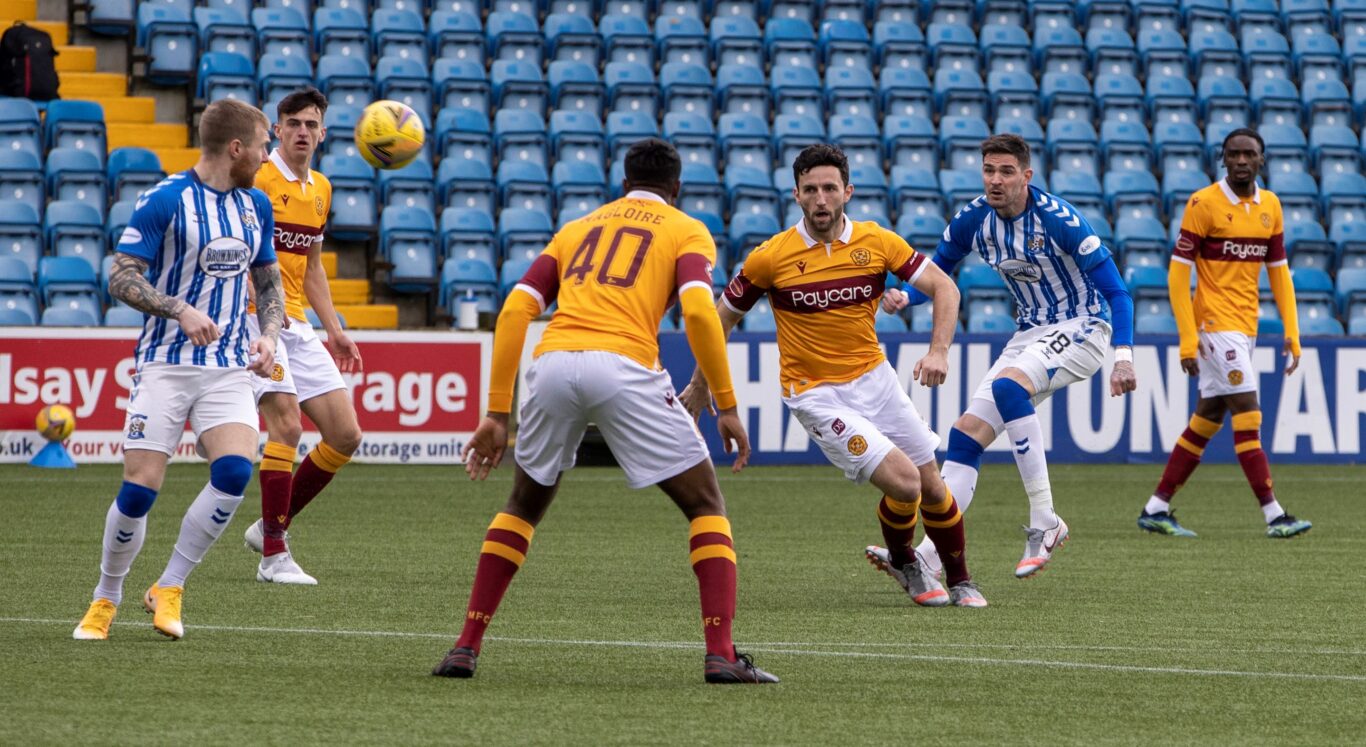 Kyle Lafferty handed Killie the perfect start with a goal inside the opening 58 seconds, with a strike which Liam Kelly couldn’t keep out.

Our lead would only last a matter of minutes as Colin Doyle’s save from Jordan Roberts fell to the feet of Barry Maguire and the youngster volleyed into the net to draw matters level in a frantic opening 10 minutes.

The Killie boss had stuck with many of the 11 who started against Ross County last time out with Aaron McGowan in for the suspended Ross Millen and Chris Burke returning for the injured Greg Kiltie.

Brandon Haunstrup’s stinging strike struck the outside of the post while at the other end, Doyle saved well from Tyler Magloire.

Lafferty remained a constant menace for the ‘Well defence and when his 54th strike looped up into the air, Rory McKenzie showed great awareness to control the ball and round Kelly in a single movement before tapping into the net.

Before Motherwell had the chance to recover, it was 3-1. Mitch Pinnock was the creator, dinking a great ball to the back post, which Burke controlled before lashing the ball high into the net.

It was all about holding our advantage now and while Jordan Roberts struck the post with a volley, the match would end in style.

Lafferty turned the ball over the Motherwell defence and Pinnock showed great composure to lift the ball over Magloire and then place it through Kelly’s legs to leave Killie fans in dreamland.