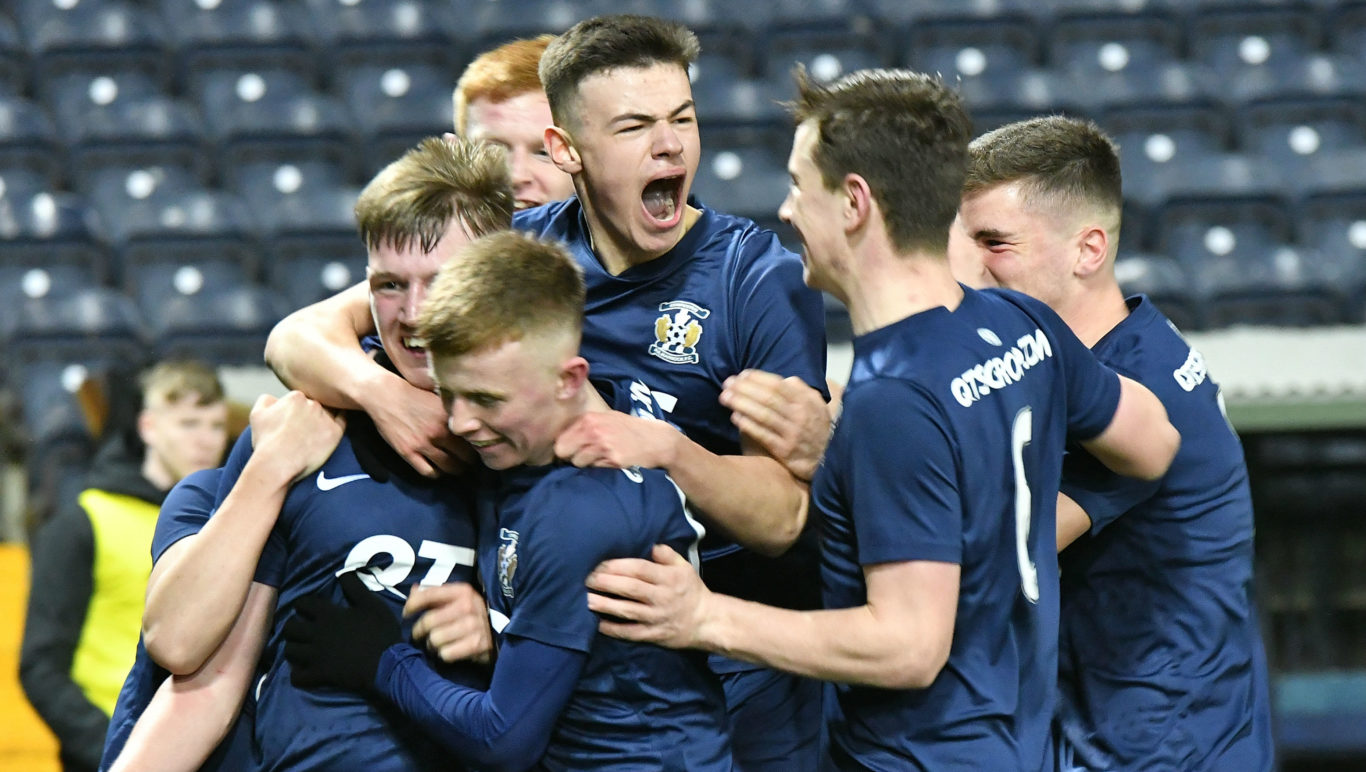 Killie booked their spot at the Scottish FA Youth Cup Final for the first time since 2004 after a 2-1 win over Hearts at Rugby Park, with goals from David Blyth and Josh Rennie setting up a blockbuster clash with Aberdeen at Hampden.

With the senior Hearts squad’s game against St. Mirren postponed due to a waterlogged pitch in Paisley, there was a bumper crowd at Rugby Park as the two sides locked horns for a spot at the national stadium.

The match started in an eerily similar manner to our 3-2 victory at Tynecastle, with Killie forced to soak up a lot of pressure as Hearts came out swinging.

Leeroy Makovara, who made his senior debut for the visitors in Ayrshire on the final day of the 17/18 campaign, was a menace as he galvanised the Hearts attack with his neat feet and clever passing instinct.

The natural rhythm of the visitor’s attack looked to be paying dividends as Makovara and Connor Smith coolly exchanged passes in the hunt for an opener.

Having weathered that early storm, Killie bit back, David Blyth controlled the marauding Tarek Abed’s cross from right-back, displaying great technique to hook the ball into the corner of the net beyond the gloves of Harry Stone with half an hour on the clock.

It was an even contest in the first-half, Hearts going close through a Smith free-kick that nearly beat Harry Broun, with the Killie ‘keeper collecting calmly.

Hearts knew they had it all to do in the second-half, and did well to make their mark early after 58 minutes: Aidan Denholm’s rampaging run inside the box left his would-be markers for dead before firing a high shot into the roof of the net.

Killie just kept battering on the door though, and were rewarded for their persistence after 67 minutes when Josh Rennie restored the lead with a tidy finish after a sweeping passing move down the right.

The big question was whether Killie would be able to hold on to secure a first Youth Cup final appearance in 16 years, but a solid defensive showing from a brilliant tenacious back-line ensured the result – much to the delight of a packed Frank Beattie Stand at the full-time whistle.