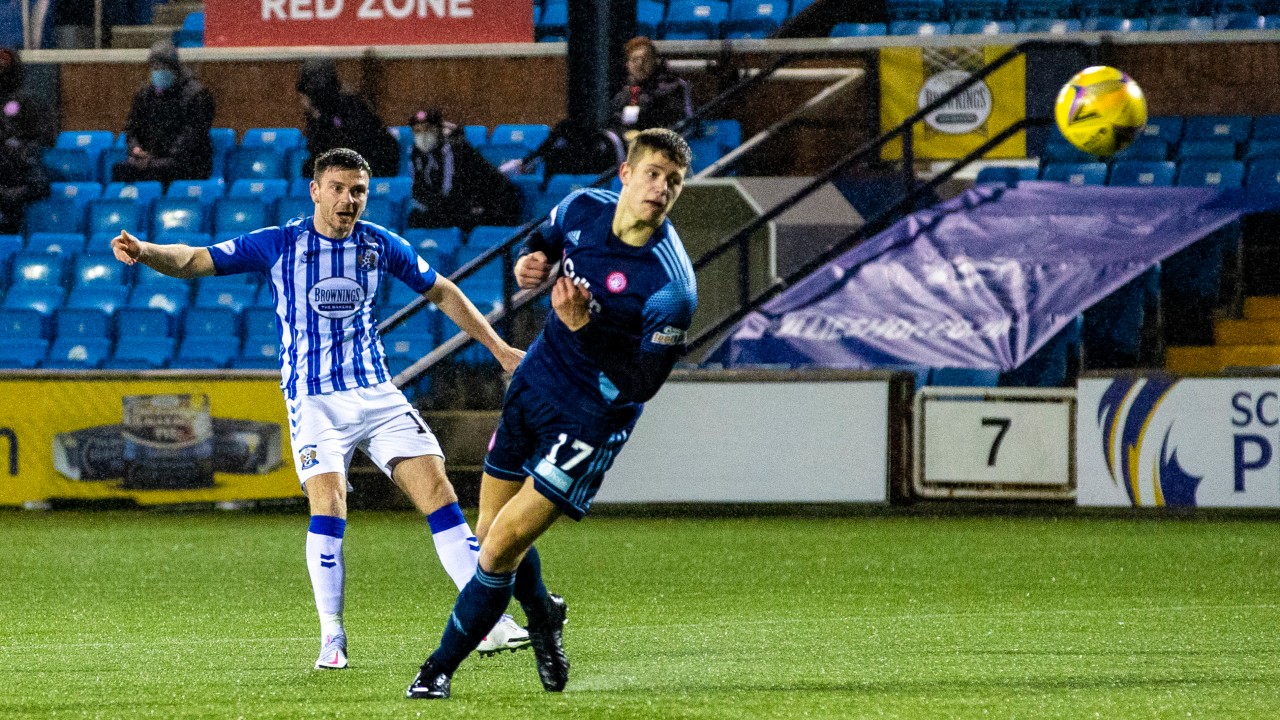 Greg Kiltie showed his quality with a double as Killie claimed our first win of 2021 at home to Hamilton.

Alex Dyer stuck with the same team which picked up a point against St Mirren with Danny Whitehall, rewarded with a new contract following two goals in as many games, leading the line.

Killie started with a high tempo, passing the ball about swiftly and testing the Accies defence down both flanks.

Rory McKenzie saw his effort deflected over the bar while the home side had a penalty appeal waved away by referee Grant Irvine.

Accies’ best chance came on the half hour mark as Hakeem Odoffin met a corner to strike the crossbar from six yards out.

Greg Kiltie created space for himself with a weaving run after 20 minutes with his strike going narrowly wide but it was only a matter of time before the number 10 made his mark.

Left back Brandon Haunstrup was able to get higher up the field and his cross found Youssouf Mulumbu on the edge of the box and his shot was turned into the net by Kiltie.

Just after the goal, Stuart Findlay had to be alert to make two fine interceptions to keep the home side ahead as he used his pace to perfection.

Hamilton tried their best to find a way back but it was Killie who went further ahead just past the hour mark.

After working the ball from side to side, McKenzie’s run left Kiltie in space and he produced an excellent turn and whipped shot past Gourlay in the Accies goal.

With the game firmly in our grasp, a triple change saw Kabamba and Pinnock replace Whitehall and Burke respectively while Diaguely Dabo made his Killie debut in place of Youssouf Mulumbu.

Kirk Broadfoot came closest to adding to the scoring but it was a comfortable afternoon and a dominant display from the men in blue and white.