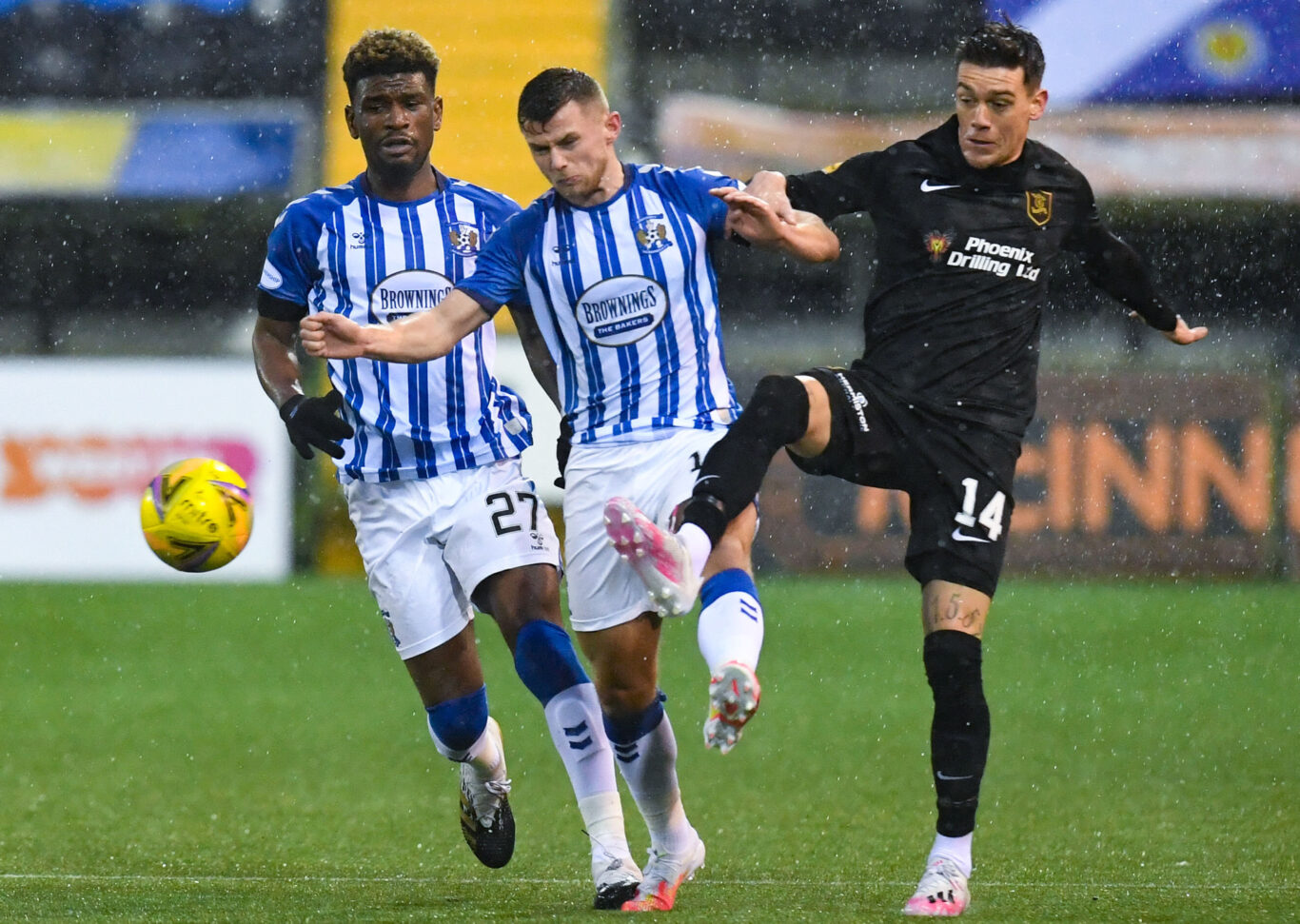 Chris Burke’s penalty gave Killie the lead after Nicky Devlin was penalised for handball. However strikes from Jay Emmanuel-Thomas and Robinson’s late intervention made it five successive losses on league duty.

Aaron McGowan recovered for a hamstring injury to start while Youssouf Mulumbu was named in the starting XI.

Before kick off, the players paid tribute to club icon David Sneddon, who sadly passed away earlier this week with captain Kirk Broadfoot laying a shirt on the pitch before one minute silence took place.

In a game played in wet and wild conditions, it was testing for either set of players to get the ball down and play. Livingston found the net through a Scott Pittman header but the flag was raised for offside.

Killie started the second period on the front foot and were rewarded when Broadfoot’s shot struck the hand of Nicky Devlin and Chris Burke sent the goalkeeper the wrong way from the spot.

Sadly the lead would only last three minutes as Livingston won the ball in the centre of the park and Jay Emmanuel-Thomas’ strike from distance deceived Danny Rogers and into the net.

Youssouf Mulumbu was denied by Livi goalkeeper Max Stryjek at the back post with minutes to go before the Lions struck late.

And Livi snatched the win at the death when the ball found its way to Robinson and the former Killie man lofted the ball over Rogers and into the net.