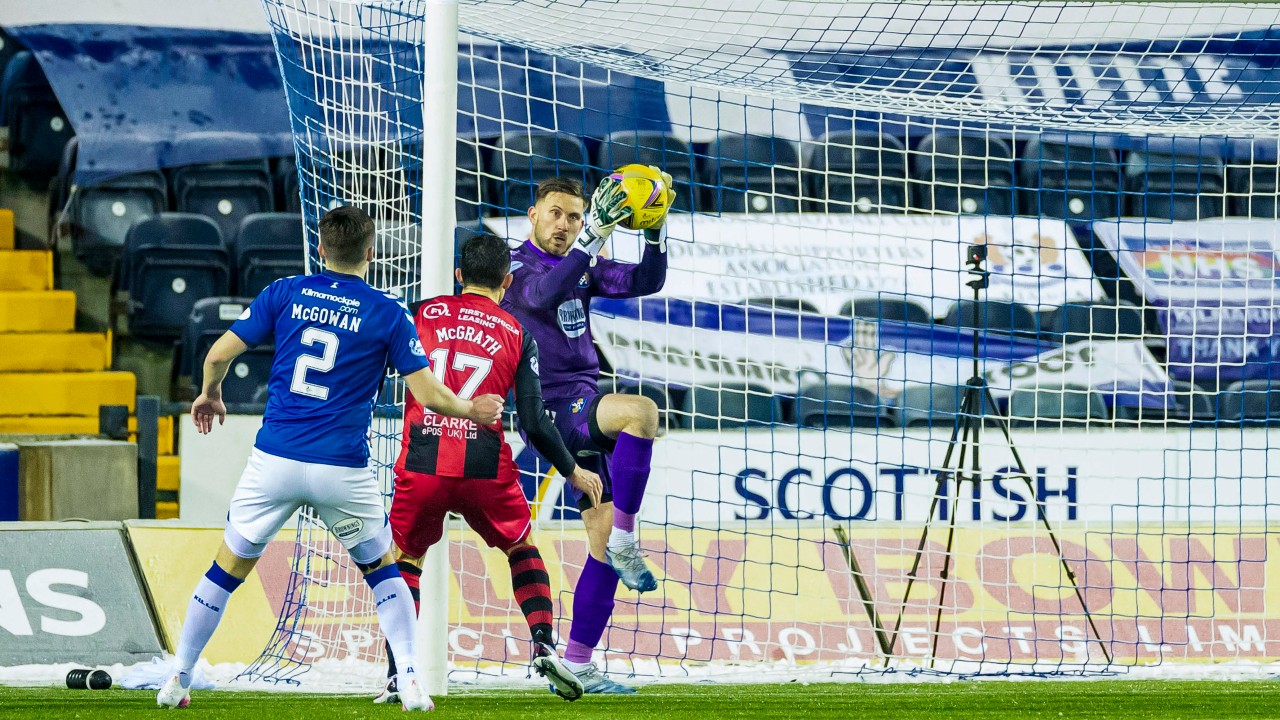 A late goalkeeping error saw Killie denied back-to-back Premiership wins after Danny Whitehall had scored his second league goal in as many starts.

Killie entered 2021 in high spirits following the midweek victory over Motherwell and Danny Whitehall was rewarded with another appearance in the starting XI.

Youssouf Mulumbu replaced Aaron Tshibola in the XI with Chris Burke taking the place of Mitch Pinnock and Brandon Haunstrup in for the injured Calum Waters.

It would be Burke and Whitehall who combined for the opening goal with the winger lofting a wonderful cross from the right, which Whitehall powered past Jak Alnwick in the St Mirren goal.

Greg Kiltie dragged a shot narrowly wide while Whitehall was thwarted by a good block by Conor McCarthy.

Killie were keeping St Mirren at bay with Jim Goodwin introducing fresh bodies into the action in a bid to get his side going again.

McCarthy’s free kick flew dangerously past Rogers as Dennis and Erwin came on to add to the Buddies attack.

Alnwick showed good hands in the Saints goal to hold efforts from Burke and Kiltie before Killie were made to pay in the cruellest of ways.

Rogers had denied Joe Shaugnessy with a brilliant save minutes earlier but he failed to deal with Kyle McAlister’s looping cross with the referee judging that the Killie goalkeeper had carried it over the line.

Despite Rogers’ protests, the goal was given in what was a bitter pill for the home side to swallow.

Four points in a week sets up next week’s home clash with Hamilton after Accies ran out 3-0 winners in the Lanarkshire derby.