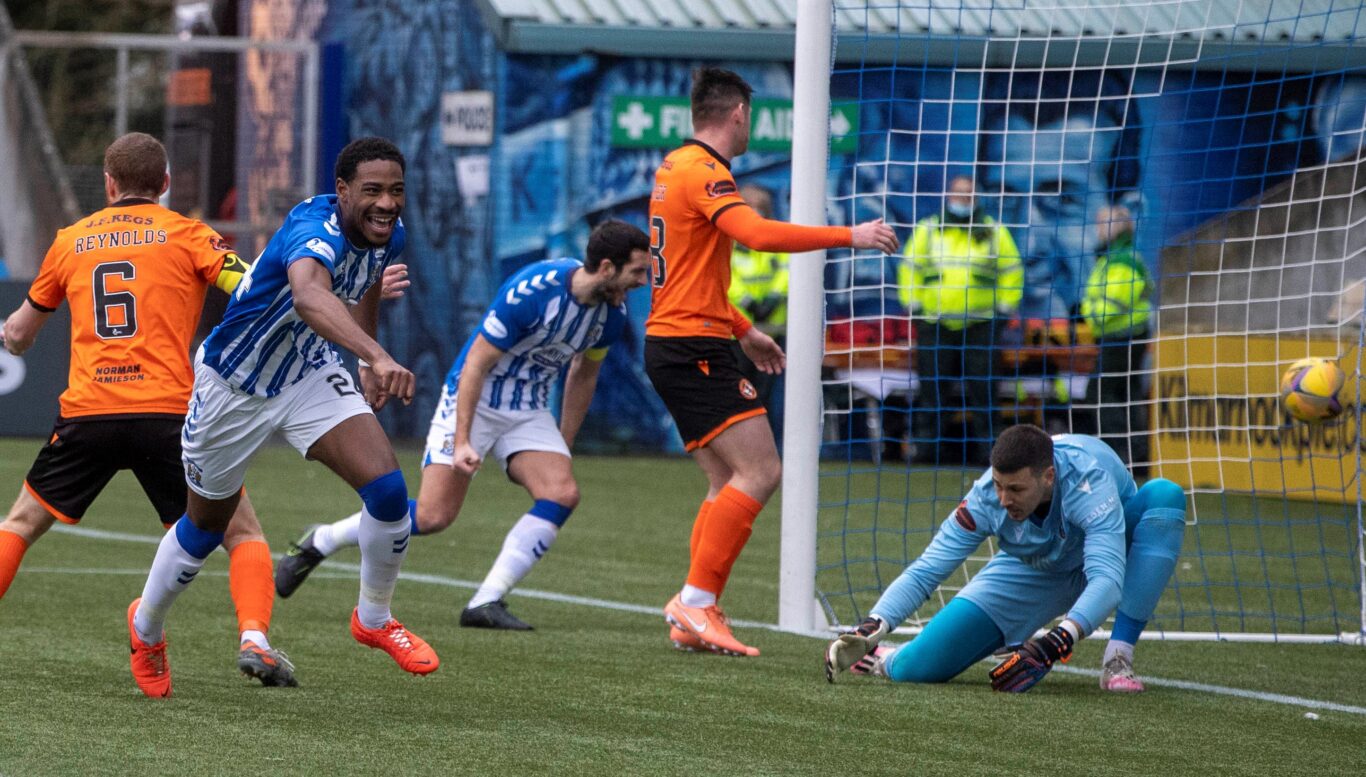 A deflected Adrian Sporle goal put United ahead after 18 minutes, moments after Kyle Lafferty’s attempt from distance had smacked the visitors’ crossbar.

But Killie showed character to draw level in the second period and end a run of eight successive defeats.

Tommy Wright made changes to the starting XI with Medley coming in for the injured Clevid Dikamona while Alan Power returned from suspension in place of Youssouf Mulumbu.

The home side never lost heart after falling behind as Medley lost the ball and Sporle entered the box before seeing his attempt deflect in as Millen and Broadfoot tried to close him down.

Kiltie had a penalty appeal waved away as he picked up a yellow card for simulation as lady luck appeared to be deserting the men in blue and white again.

Benjamin Siegrist was on hand to deny Medley’s well-struck volley minutes into the second period before Wright went to the subs bench for inspiration.

Chris Burke and Nicke Kabamba were introduced for Pinnock and McKenzie on the hour mark and minutes later both men were involved as Killie drew level.

Kabamba got a flick to Burke’s corner and Medley provided the finishing touch to the delight and relief of the Killie players.

United substitute and former Killie captain Mark Connolly was then penalised for a foul on Kabamba as the forward tried to power in on goal.

As the game opened up, both sides had chances with Kabamba just unable to get onto Kiltie’s cross while Colin Doyle produced important stops to deny both Marc McNulty and Lawrence Shankland in the dying stages.

A point at home sets up an important away trip to Ross County next weekend.