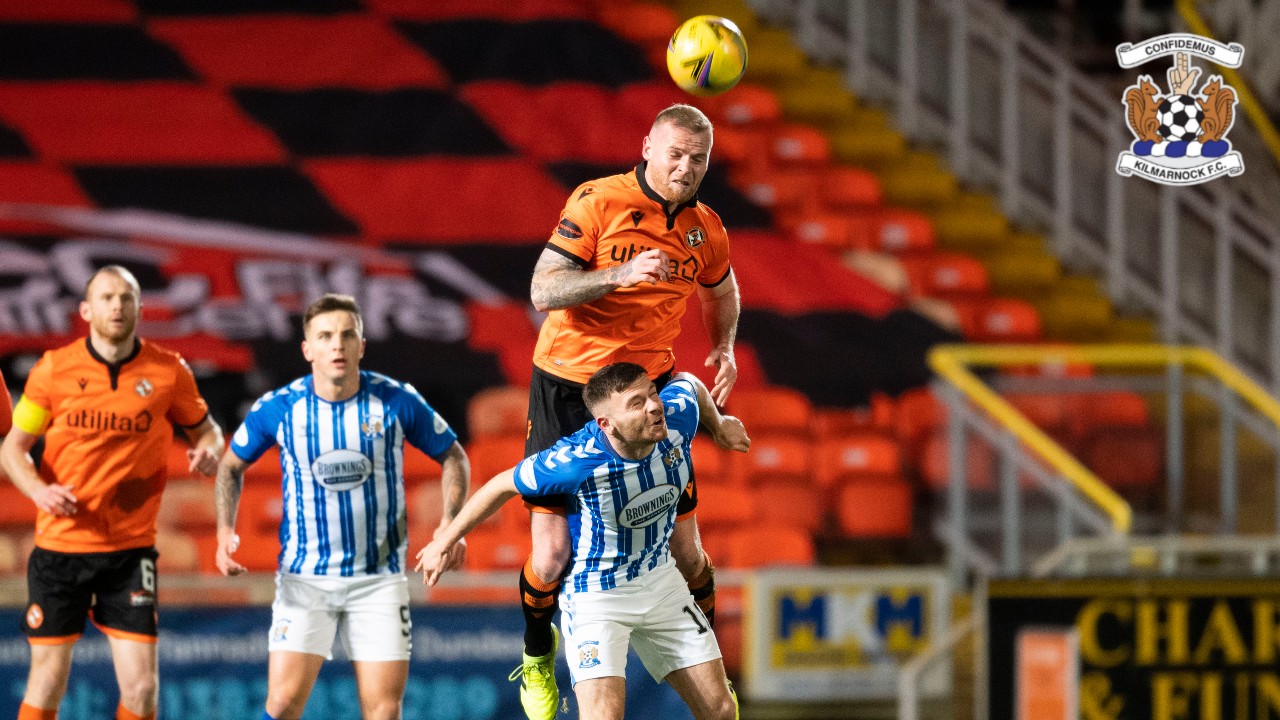 Killie lined up in a 3-4-2-1 formation with Rory McKenzie and Calum Waters employed as wing backs while Greg Kiltie and Chris Burke were tasked with supporting Eamonn Brophy in attack.

A bright opening 20 minutes saw the pair combine for our best chance of the match as Burke’s wing trickery created an opening for Kiltie but his volley drifted agonisingly wide of the post.

It was to prove costly as we were hit with a sucker punch on 25 minutes as Marc McNulty evaded the attention of Kirk Broadfoot before finding the corner of the net.

Matters got worse three minutes later when a ball in from the left found Lawrence Shankland in the middle of the box and the Scotland international showed good feet before prodding the ball into the net.

Killie tried to find a way back with Calum Waters seeing two efforts go close while Chris Burke was unfortunate to get the ball stuck under his feet just before shooting as time ticked on.

Our focus now turns to our home Boxing Day clash with Livingston.