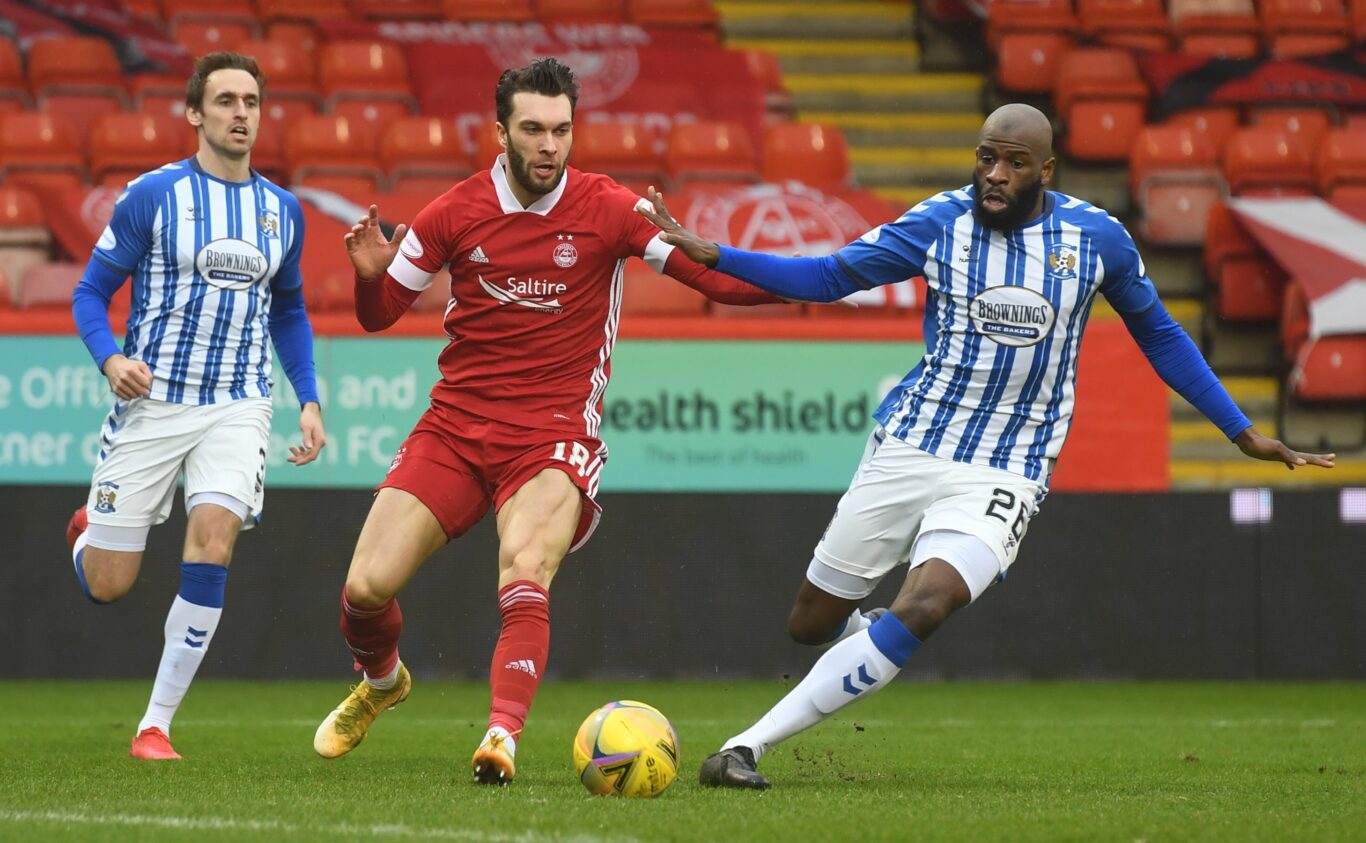 A goal from substitute Callum Hendry saw Killie go down at Pittodrie despite an improved second-half display.

Tactical changes and the introduction of Kyle Lafferty of the bench gave some grounds for optimism but there was also disappointment as the result extended our run of matches without a win to eight.

Lewis Ferguson tested Colin Doyle with a stinging drive in the opening minutes while Killie best opening effort came from Gary Dicker at the back post.

The home side were forced into an early switch with Callum Hendry replacing Fraser Hornby in attack and the on loan St Johnstone man came back to haunt his old manager by heading in from Niall McGinn’s free-kick after 21 minutes.

Minutes later and Killie were forced into a switch of our own as Clevid Dikamona pulled up injured with Zech Medley replacing him.

Killie’s best chance of the half came through a clever through ball by Dicker found Kabamba but Joe Lewis was out quickly to smother the opportunity.

A double change was made at the break as Kyle Lafferty came on for his Killie debut, replacing Diaguely Dabo while Aaron McGowan was introduced for Chris Burke as Tommy Wright employed a 3-5-2 formation.

It nearly paid dividends straight away as Pinnock stung the palms of Lewis while the front pairing of Lafferty and Kabamba won more aerial contests. McGowan’s header was held by Lewis following a Pinnock throw in as the visitors continued to push for an equaliser.

Kiltie and Whitehall were also introduced to the fray but too often the final pass was not accurate enough to take something from the match as referee Don Robertson blew the final whistle to the relief of the home side.