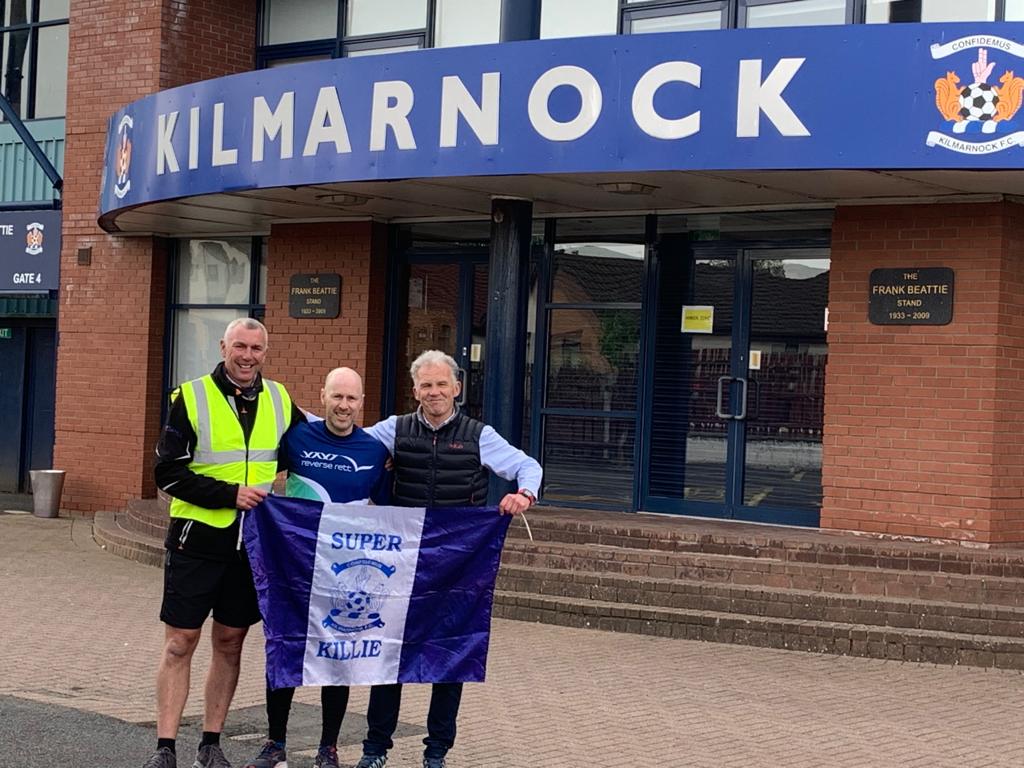 The Killie legend is raising funds for the charity in a bid to find a cure for Rett Syndrome, a rare neurological condition which affects his daughter Dionne.

Running between the stadiums of his former clubs, starting at St Johnstone’s McDiarmid Park, Mark made his way to Motherwell before heading south to cross the finish line at the BBSP Stadium, Rugby Park. 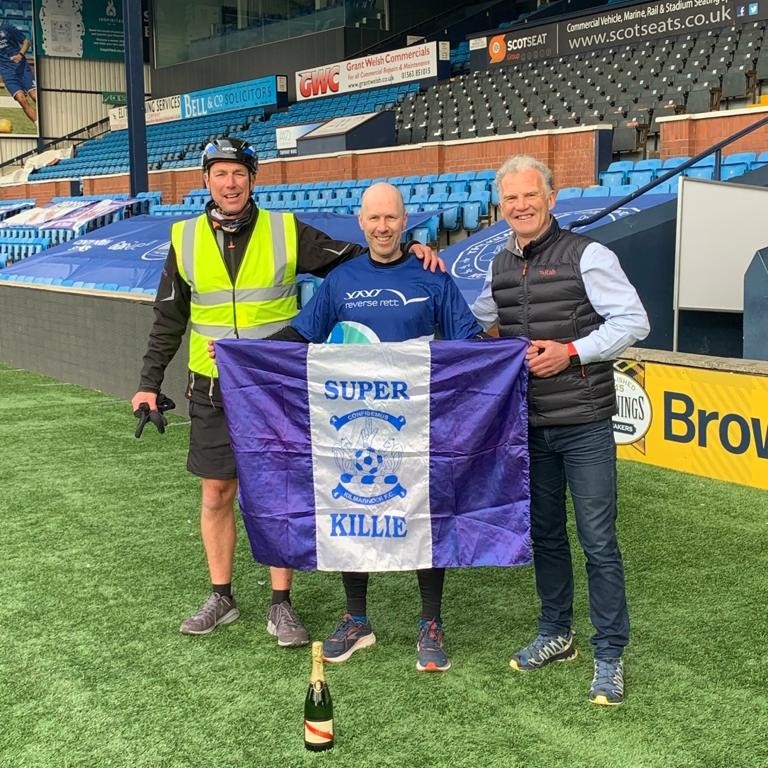 He was accompanied along the way by former team-mate Kevin McGowne on his bike while former Killie captain Ray Montgomerie was on hand at the stadium along with well wishers.

Huge congratulations to Mark but that’s not the end to his fundraising efforts.

is planning to compete in the Marathon des Sables (MDS) in October this year.

A 156-mile ultra marathon, the race takes place in the Sahara Desert and is regarded as “the toughest foot race on earth” with only water provided by the organisers.

Running in 40 degree heat while carrying a sleeping bag and enough food and water for one week, Mark is hoping any money raised can help those suffering from the condition to have a better life.